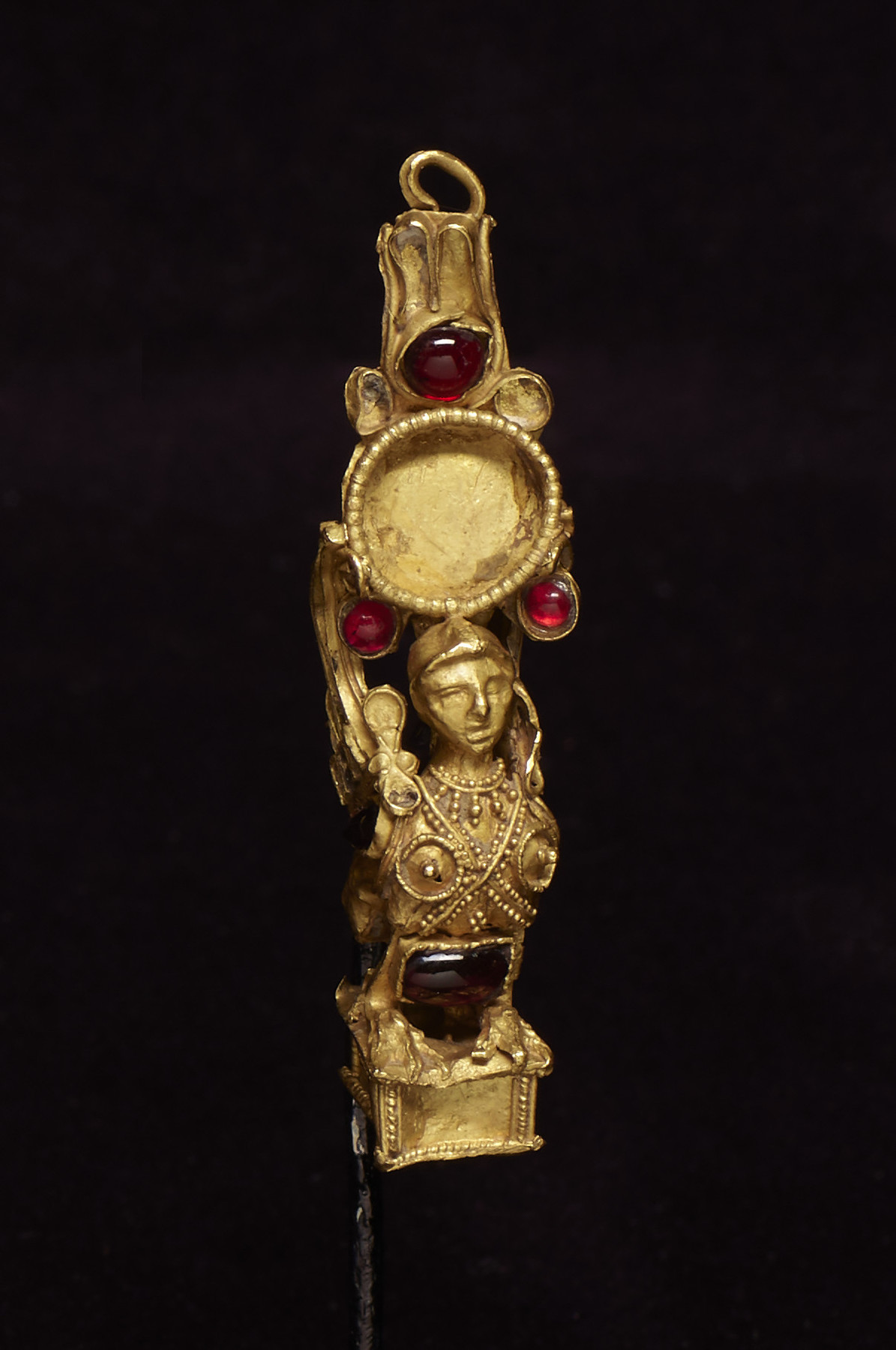 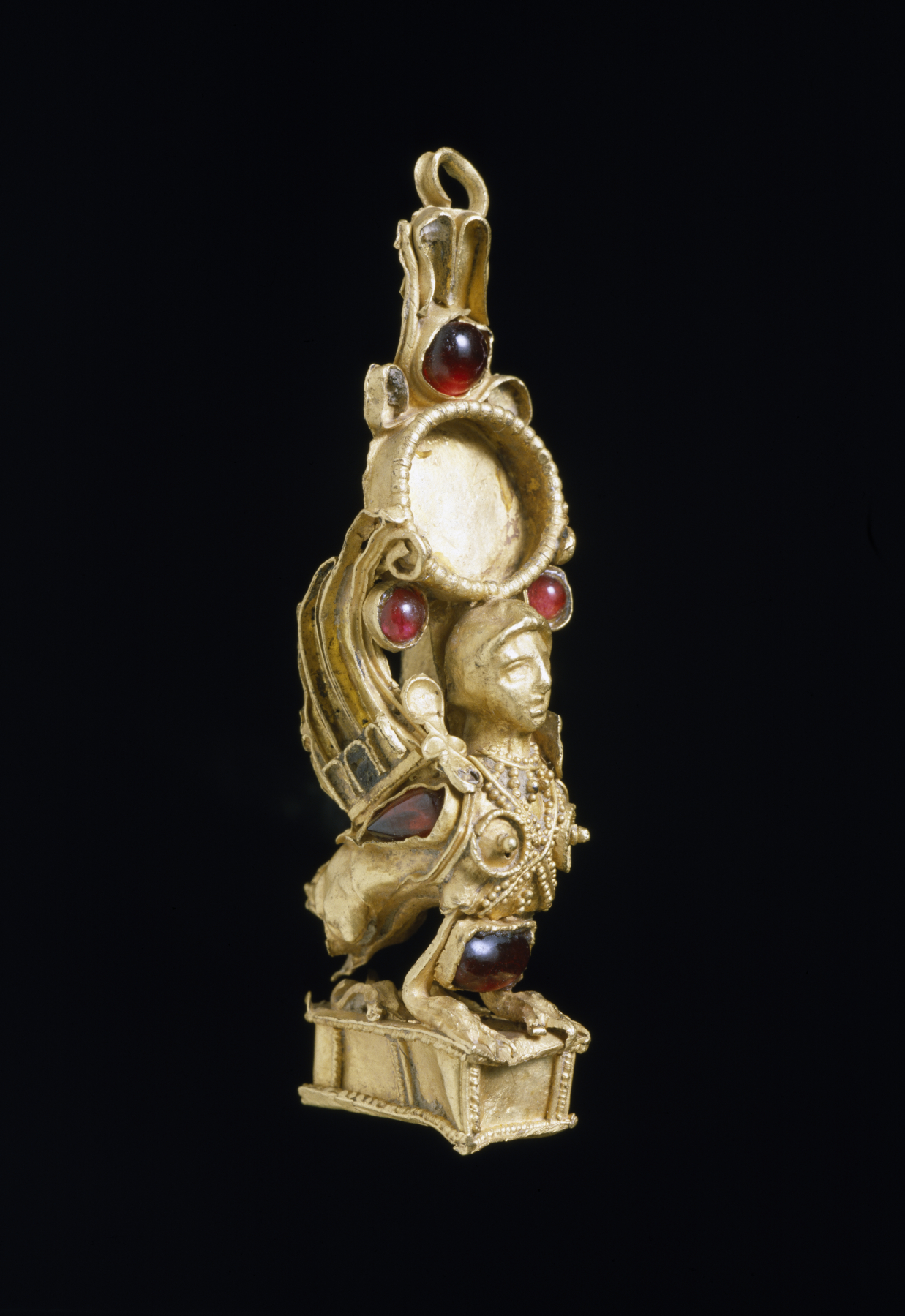 The elaborate earring depicts a Sphinx with a female head, pronounced breasts, and a bird's body with raised wings seated on a trapezoidal base. She is heavily adorned, with a necklace, straps crossing between the breasts, and multiple garnets. The large, central stone of her headdress is missing, but above she is wearing the crown of the Egyptian goddess Hathor, consisting of a sun-disc inscribed in cow horns with two plumes above. Outside of the myths, the apotropaic character of the Sphinx as well as of other monsters such as griffins, sirens, and the Medusa could transform them into guardians and protectors, and make them in this case even into an appropriate motif for jewelry.