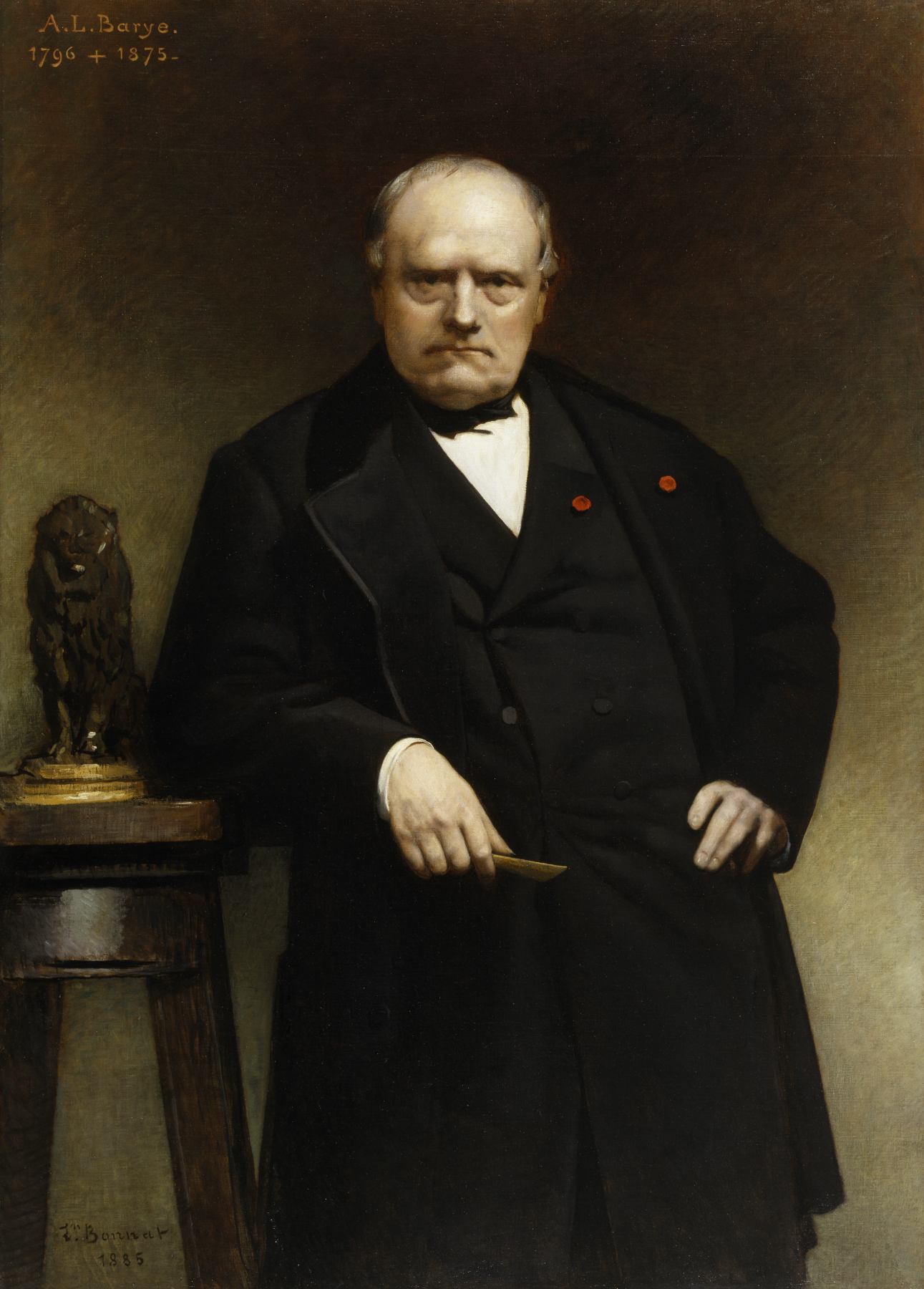 Portrait of Barye with a Wax Model of "Seated Lion"

Walters commissioned this portrait through his fellow Barye enthusiast in Baltimore George Lucas. Barye's having died thirteen years earlier, Bonnat worked from a photograph of the sculptor taken by the respected French photographer Nadar that, along with a wax model of the "Seated Lion," was provided by Lucas.