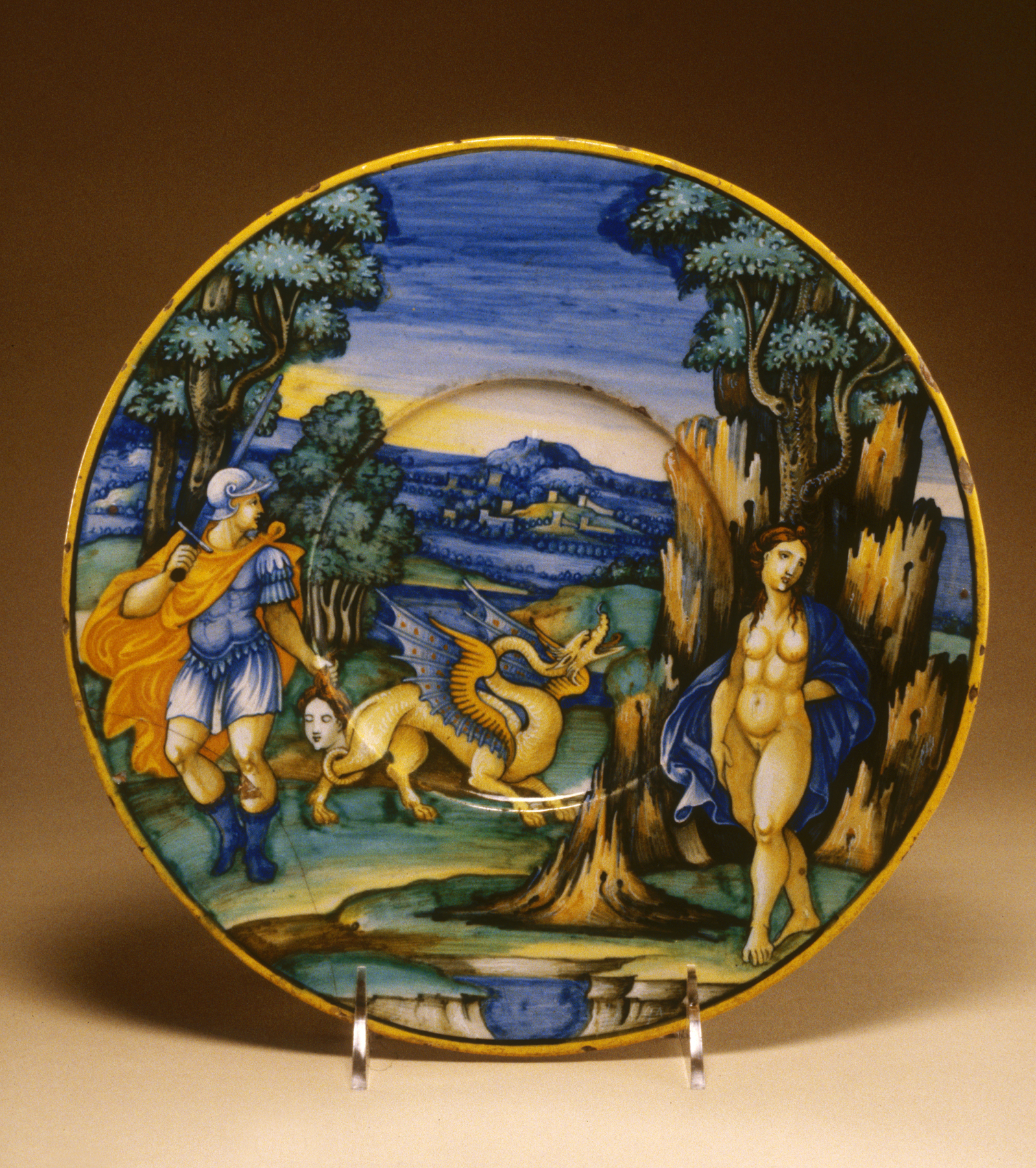 Plate with Perseus and Andromeda

This scene is characteristic of “istoriato” (with histories or narratives) wares, and is taken from the story of Perseus and Andromeda, told by the Roman poet Ovid (43 BCE—17AD) in his “Metamorphoses.” On the left, Perseus holds the head of Medusa. In the middle, a sea monster, sent by the sea-god Poseidon to eat Andromeda, stands with its mouth open. On the right, Andromeda is trapped by a tree. Andromeda was later rescued by Perseus, who slew the beast. The back is painted white with three concentric yellow circles and one raised circle at the rim.