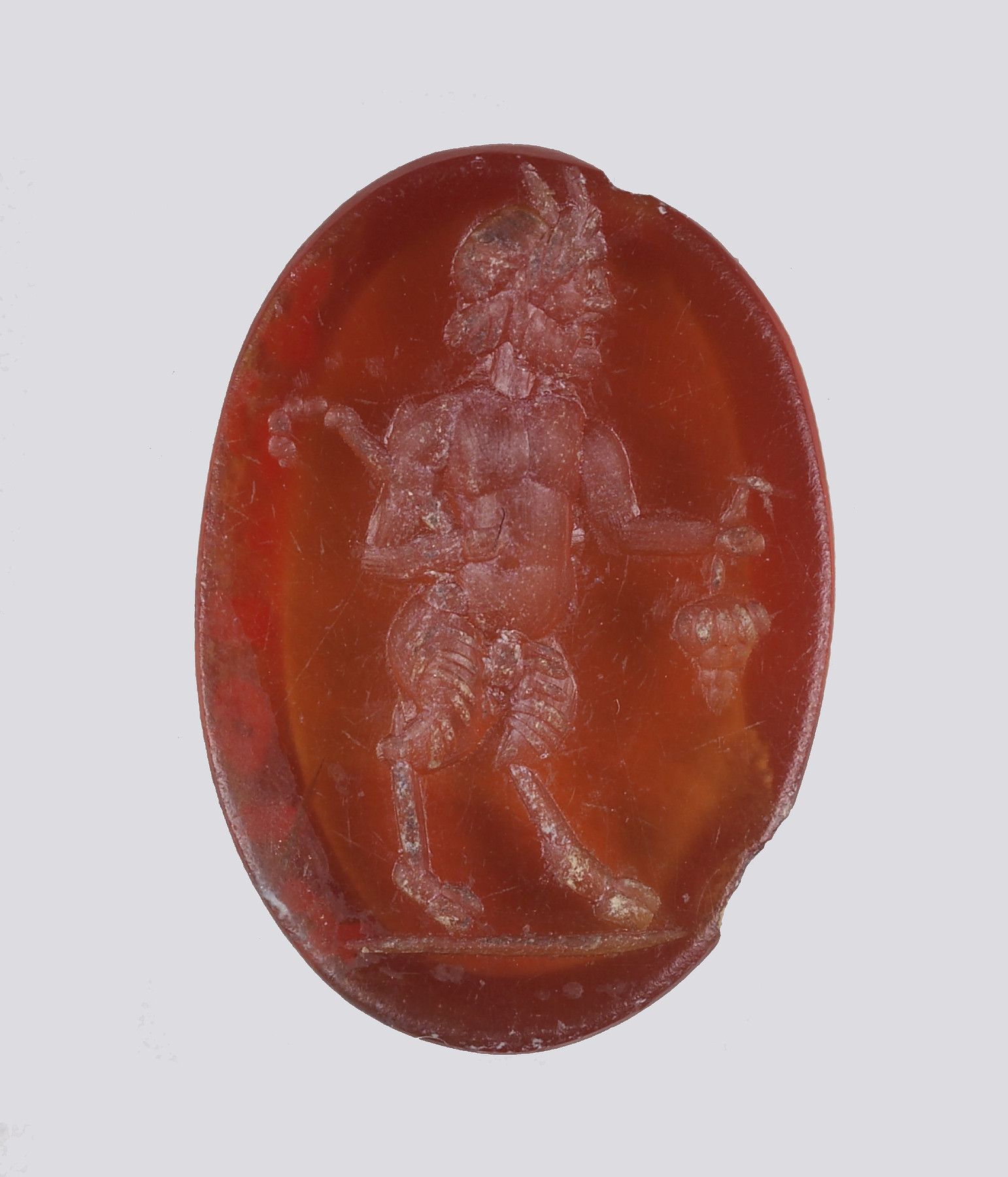 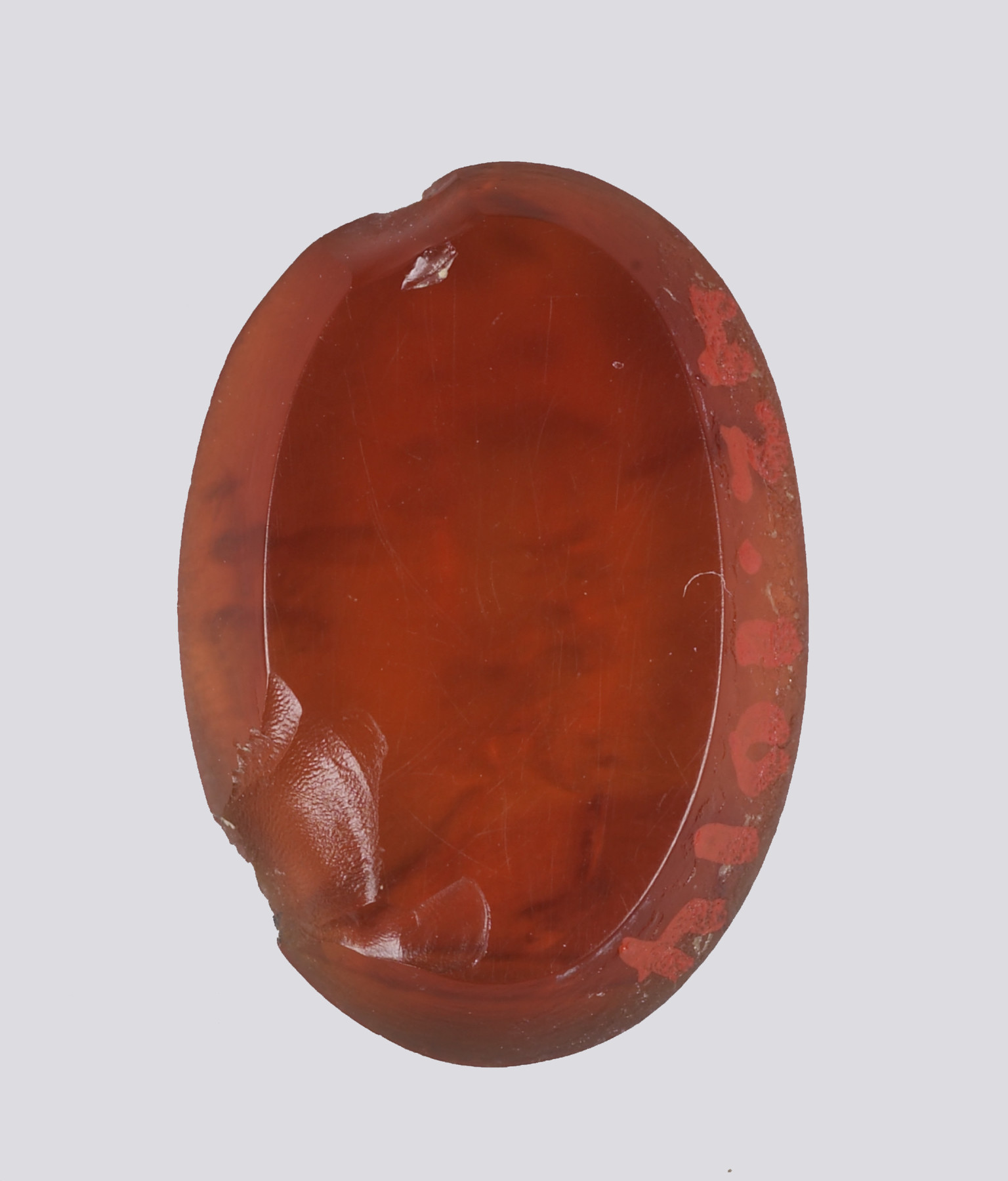 Pan, identified by the horns on his head and especially by his goat-like legs, walks to the right, holding a shepherd's crook in one hand and a bunch of grapes in the other.