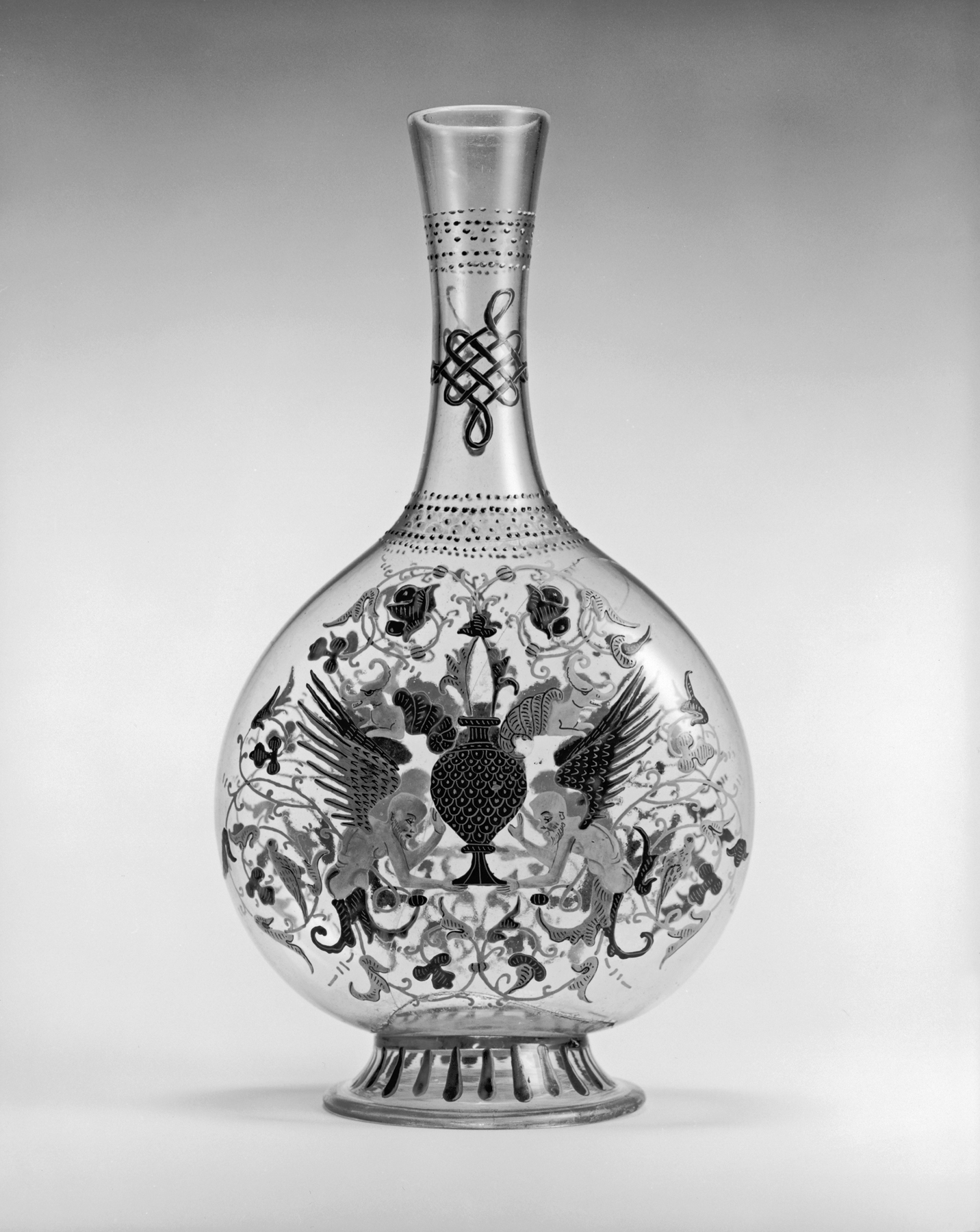 Vase in the Shape of a Pilgrim Flask

The colorful floral ornaments with fantastical creatures reflect the Italian Renaissance delight in the patterns with composite figures called "grotesques" because they were first seen in the decoration of an underground room, or grotto, found in the ruins of Nero's palace in Rome. The use of painted enamel applied to fragile glass was developed in Renaissance Venice in imitation of earlier Near Eastern vessels by Islamic craftsmen.

The shape of the vase is a traditional one that goes back to the shape of a gourd or rough leather flask used by pilgrims for carrying water. These objects were for display; the paradox of creating a seemingly utilitarian object from an impossibly fragile material amused collectors in the 17th century.