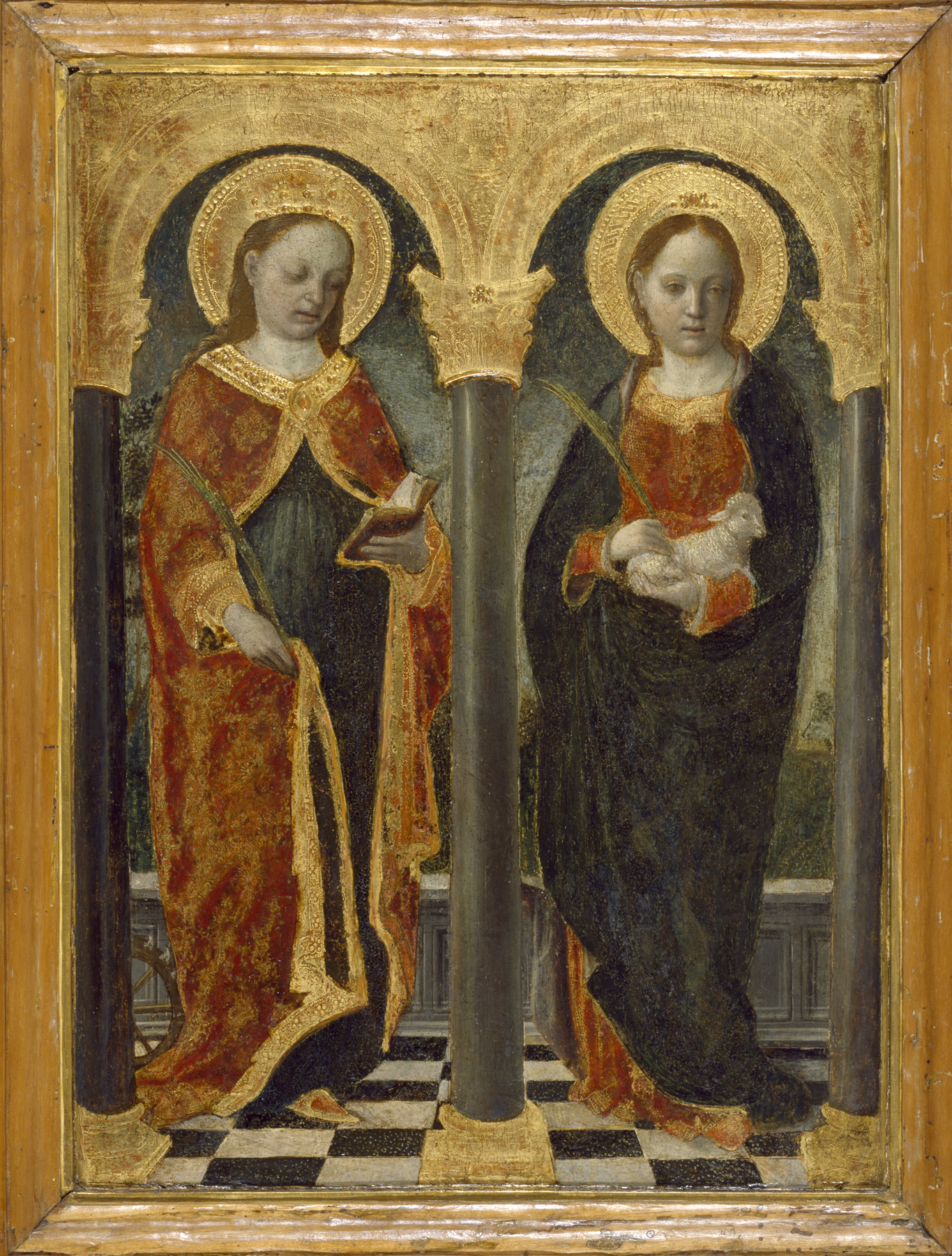 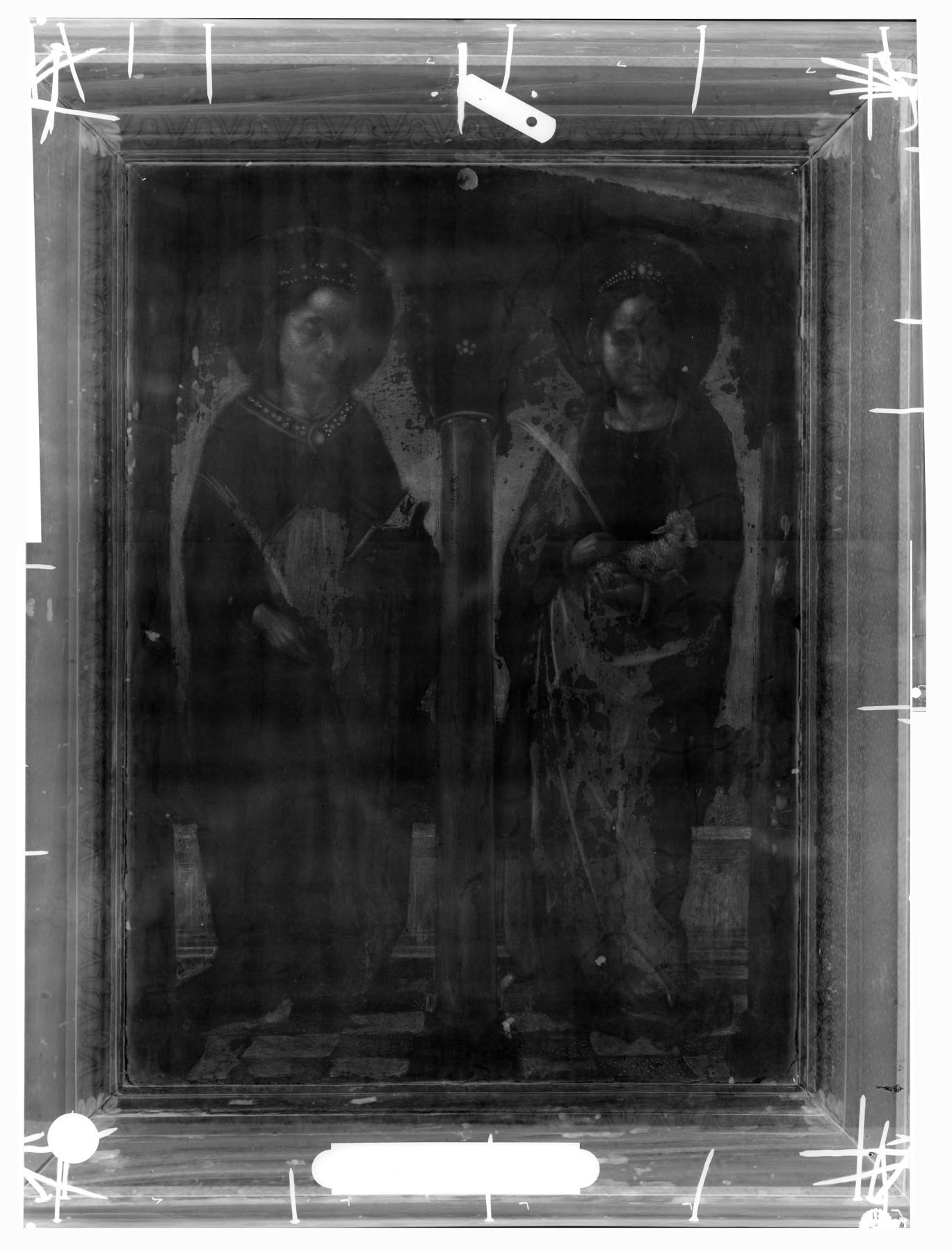 The panel with two virgin saints was probably originally part of a small polyptych (altarpiece consisting of several panels). Framed by golden, classical arches and standing on a checkered floor, the saints seem to be placed within a real space. They hold palm branches, the attribute of martyrs. Next to Saint Catherine of Alexandria's feet is the spiked wheel on which her persecutors unsuccessfully tried to kill her. Although the second figure has an inscription on the neckline identifying her as Saint Margaret, she holds a lamb, the attribute of Saint Agnes. Vincenzo Foppa was one of the leading painters in Milan before Leonardo da Vinci arrived in the city in 1482. The figures' silvery fleshtones and elaborately patterned fabrics are characteristic of Foppa's work.