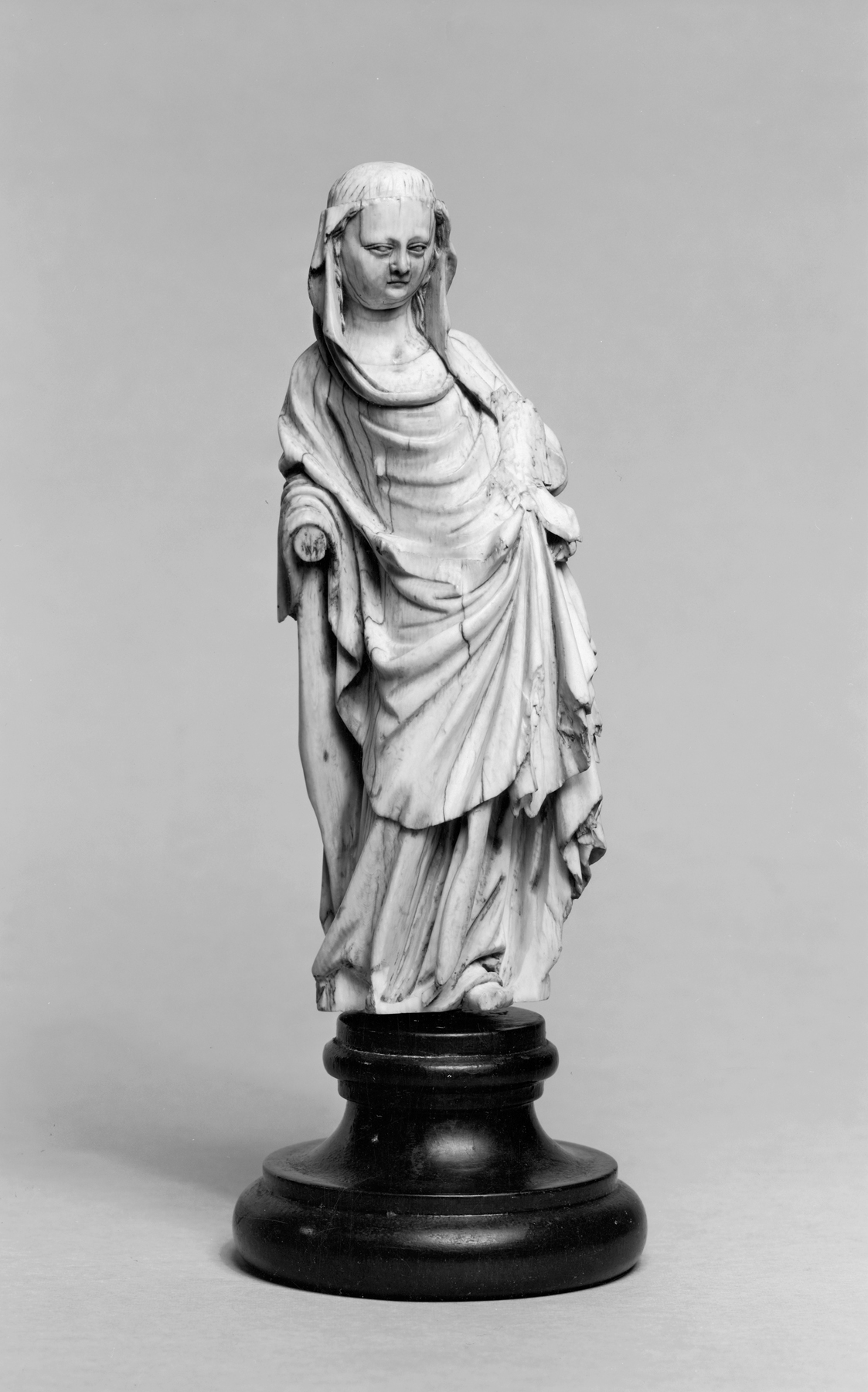 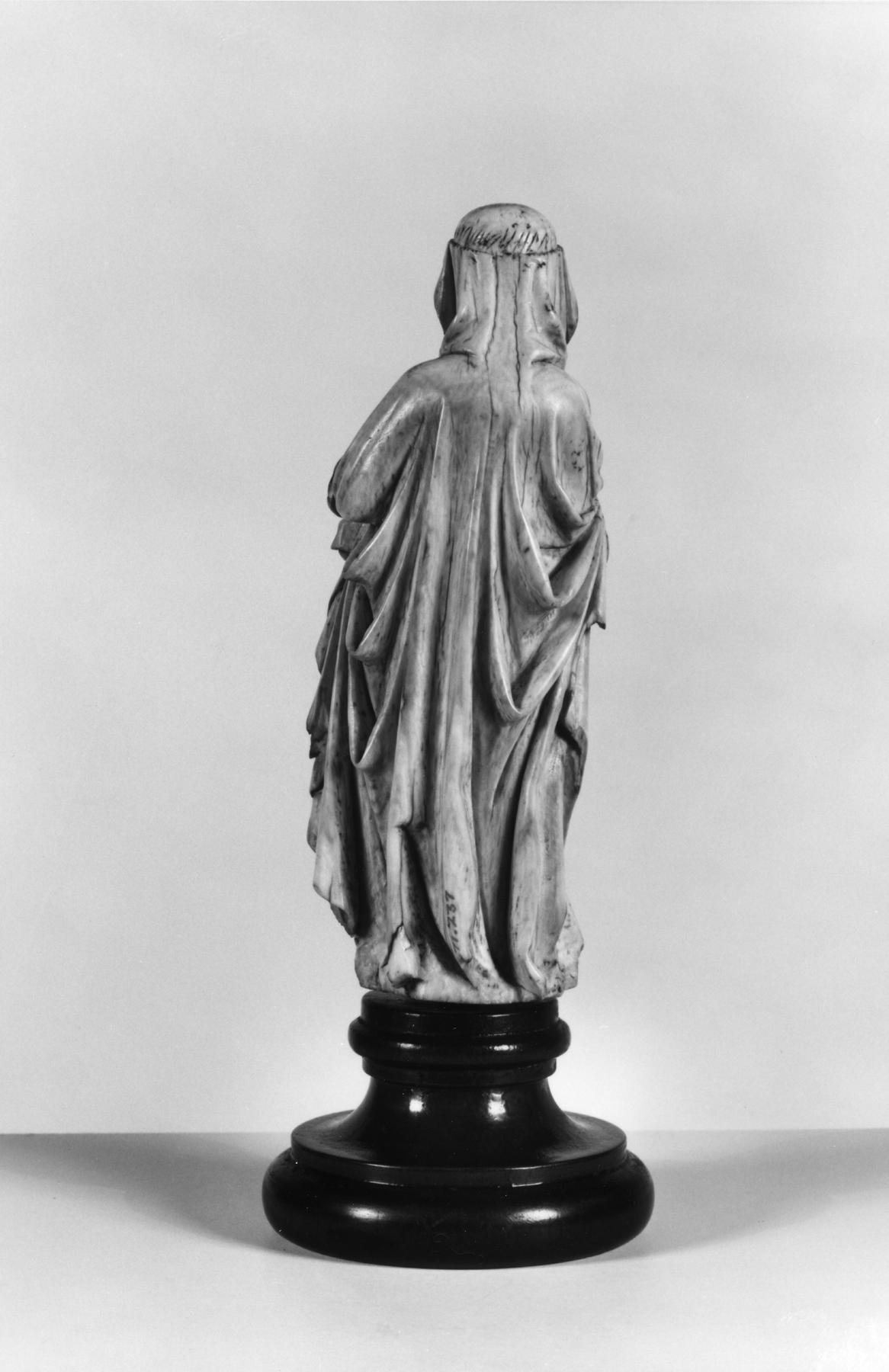 The Virgin, who has suffered some damage over time, stands in a swaying pose to support the missing Child on her left arm. Her apron-style drapery hangs in deep folds, and her head was once ornamented with a metal crown. The rendering of her deep-set eyes and slightly pinched features is not found in French works, but can be seen instead in English ivory and alabaster sculptures as early as the mid-13th century.