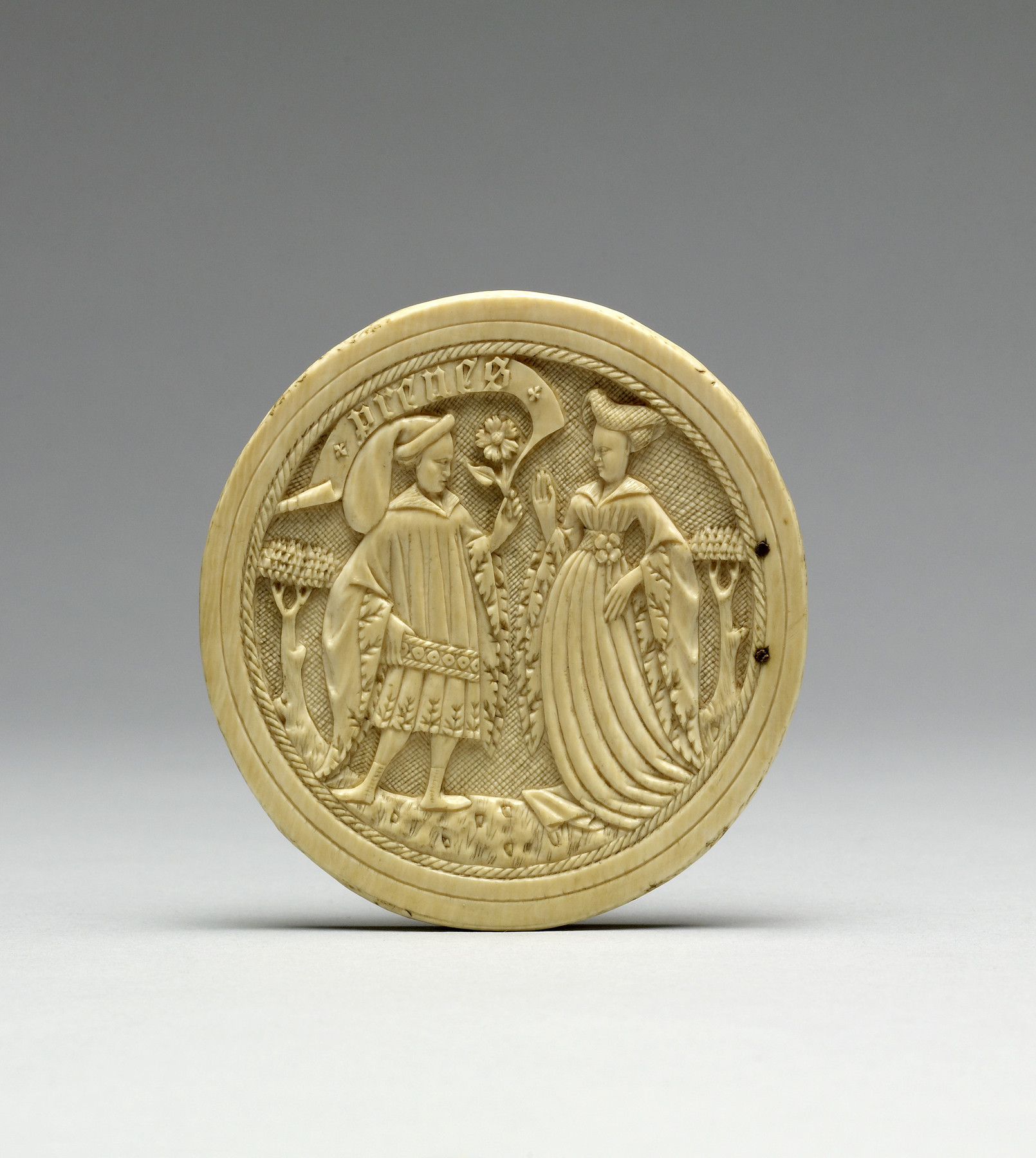 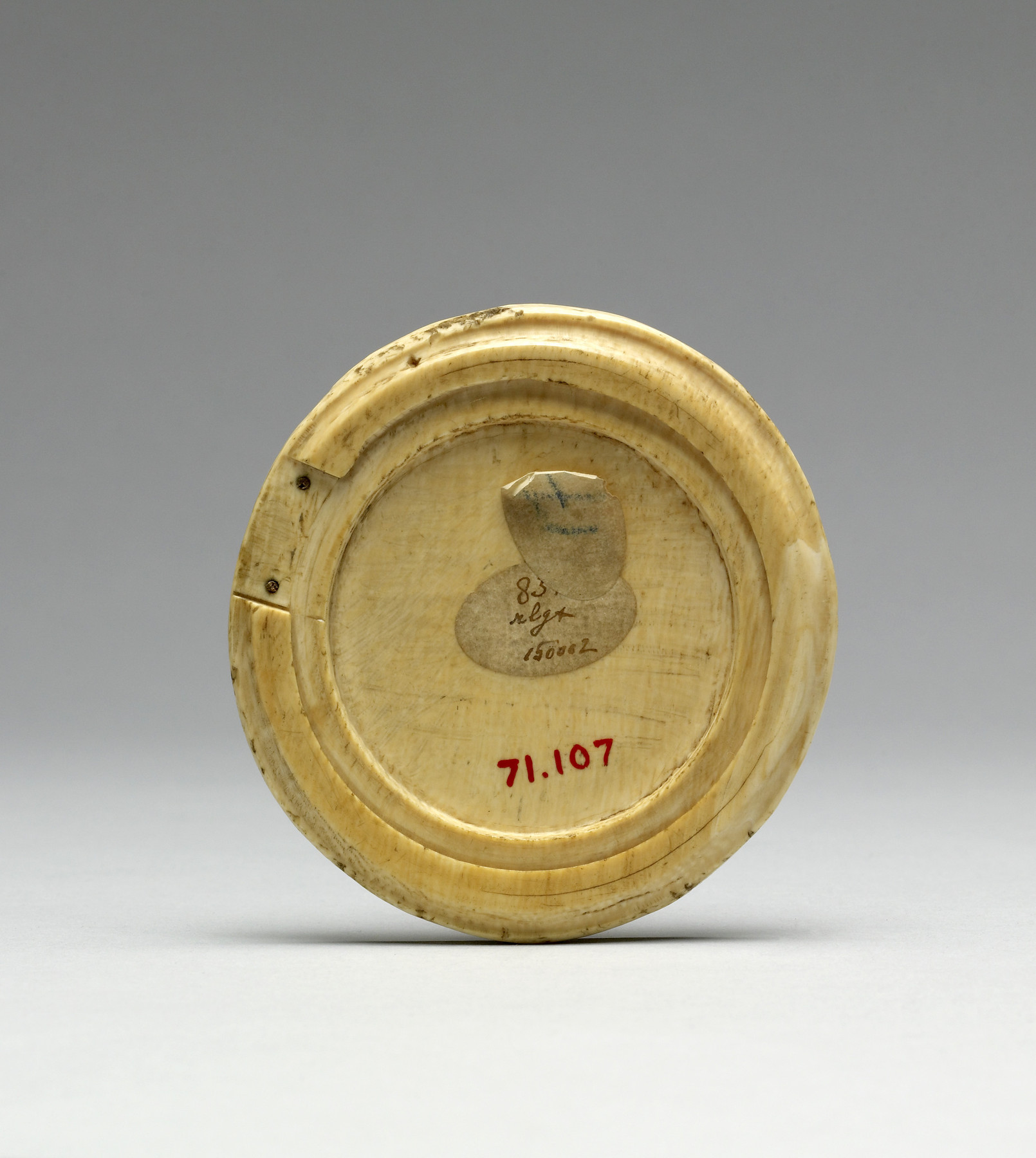 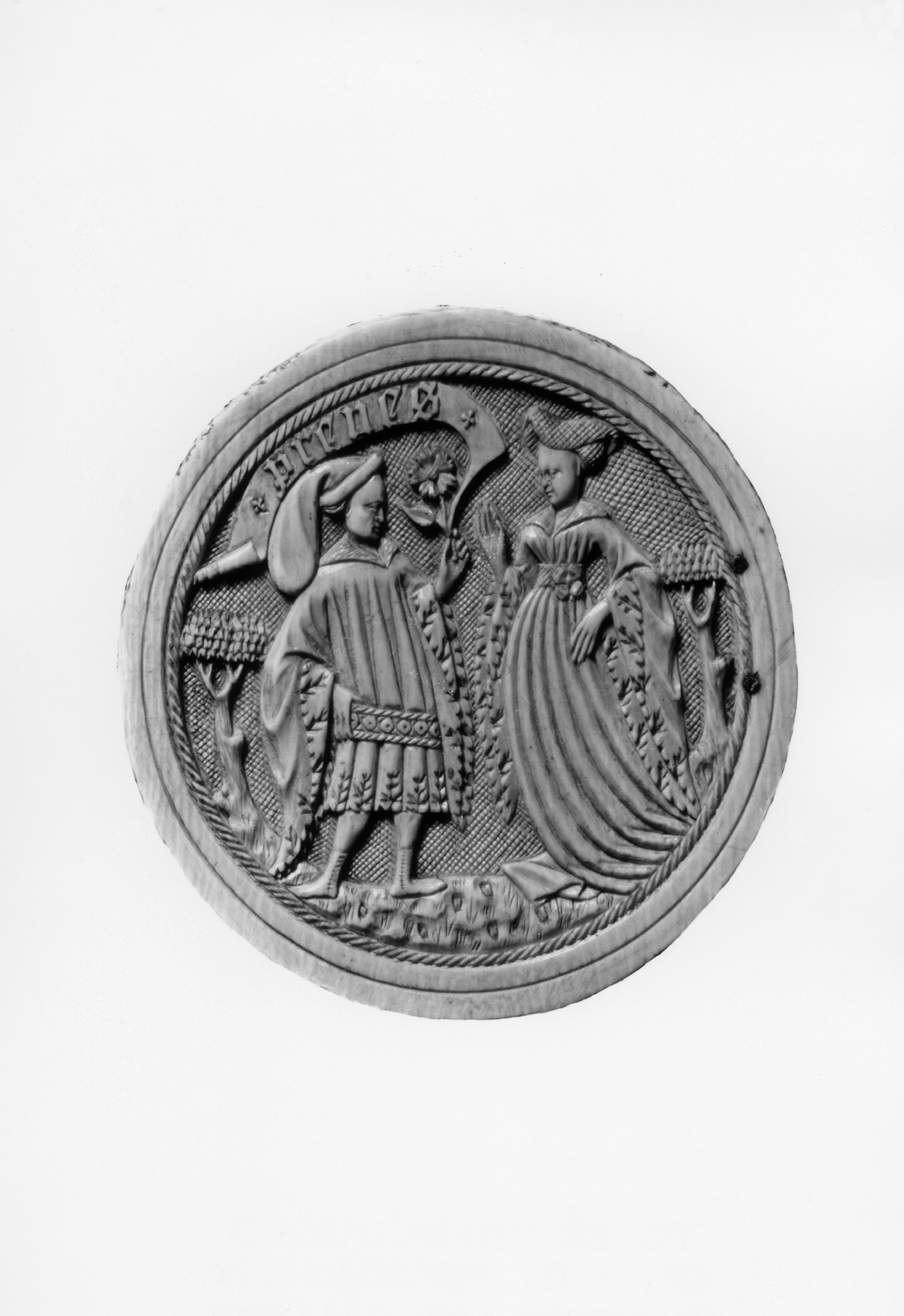 A mirror case is a very shalow box (most extant ones are of ivory) in which is kept a polished metal mirror. This is the top half which would screw into the missing bottom half. This beautifully designed top cover shows a young man offering his lady a flower. The figures stand on a patch of carefully rendered turf between two trees, against a crosshatched background. The man wears a "houppelande" with large dagged-edged sleeves and a big cloth cap, or "chaperon." The lady's gown also has pendant sleeves with elaborate facings; she wears a "bourrelet" on her head.

A band of roping surrounds the scene, and two holes for attachment are visible. When in the 18th century the cover and its mate were drawn by Jan Ivan Gravenbroeck for the catalogue of the collection of Pietro di Giacomo Gradenigo in Venice, its corner leaf projections, now lost, were still intact.

Above the young man's head is inscribed the work PRENES, the first word of a motto which is completed on the pendant mirror case in the Musée de Cluny (Paris, OA 115) depicting a similar couple. Here the inscription reads: EN GRE. Taken together the two parts of the motto may be translated: "Take kindly." The full phrase is found in a stanza of Christine de Pisan's poetry: "Prenez en gre le don de votre amant" ("Take kindly the gift of your lover").

Because the motto was used in France and Burgundy the ivory has often been called French, Flemish, or Burgundian. However, all of the features of this example, including the particular balance of the landscape elements and the figures, are found more frequently in works from north Italy. The crisp carving and stylized postures of the figures relate to works attributed to Milan and Lombardy, where, significantly, the language of the courts, like the motto, was French.

The attitude of the figures, facing each other in profile, is that of the conventional Italian wedding portrayal of the 15th century. The strict profile confrontation contrasts strongly with the interaction of the two figures in similar scenes on French mirror cases.