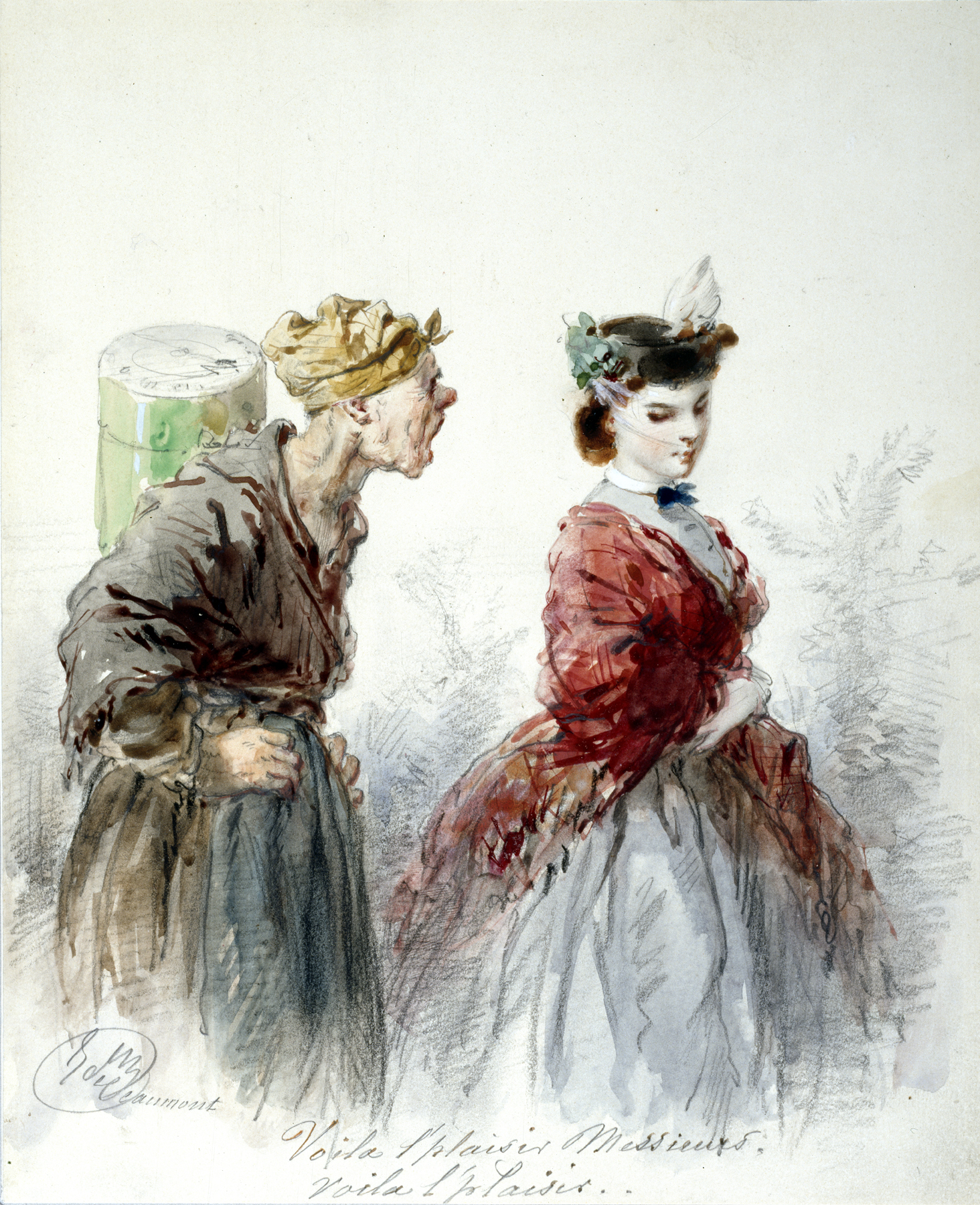 This work is unusual in the artist's oeuvre. Most of his images of women depict them as united in their objective to outwit and manipulate men in order to meet their material needs. Or they conform to the stereotype of compassionate nurturer and keeper of the faith as in "Alms," (Walters 37.1346) or "Woman and Child at a Shrine," (Walters 37.1375). Moreover, the spectator does not participate in the action that unfolds in the stage-like settings of those pictures. In "Here is the pleasure . . . ," however, Beaumont reveals the antagonism among women of different social classes and generations. The harping old hag shrieks at the young woman, while her words are directed to unseen male patrons. She exposes the demure and properly dressed woman as a "demi-mondaine," hawking her to passersby. The repetition of details makes clear that the jealous crone is a herald of the inevitable fall from grace that awaits the "jolie femme." The knot in the old woman's kerchief mimics the feather that adorns her counterpart's cap. The hag's open collar echoes the other's shawl. The graceful slope of the young woman's shoulders and delicate position of the hands at the waist will eventually give way to the hunched back and defiant gesture of her elder. Beaumont's visual dialogue between the two figures and the crude caption beneath tell a grim story in which the beholder is morally implicated.