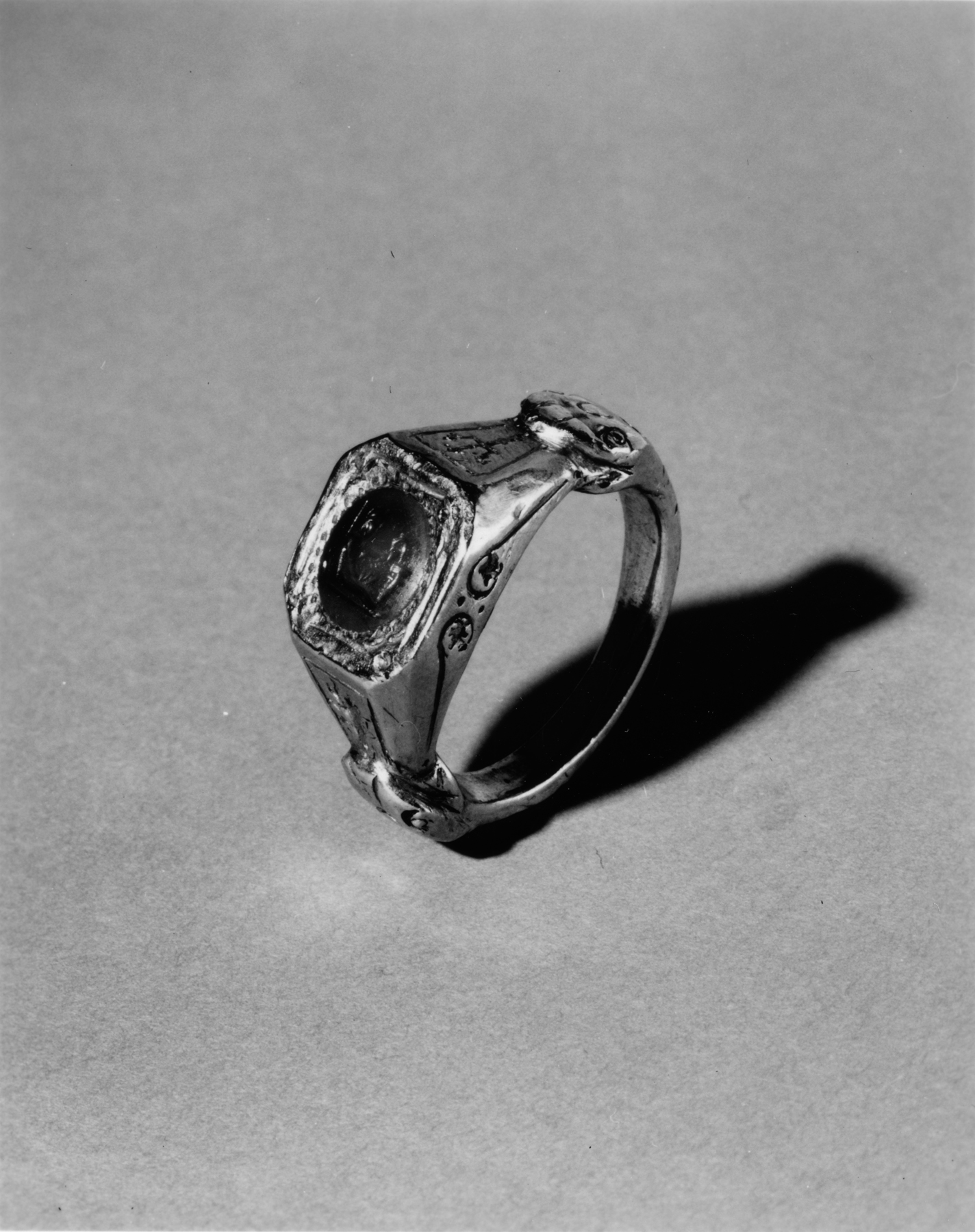 Ring with an Intaglio of Dionysus

The shoulders of this massive ring are engraved with a torch and a trident, and terminate in the jaws of large snake heads. The carnelian depicts a reclining male figure leaning on a staff. Wreaths on his head and in his right hand identify him as the wine-god Dionysus. Before him stands what may be another torch or a horn of plenty, both of which, like snakes, were symbols of Dionysus: snakes represented wild animals over which the god presided, while torches may allude to the "Lampteria," the "Festival of Torches" celebrated in Dionysus's cult.