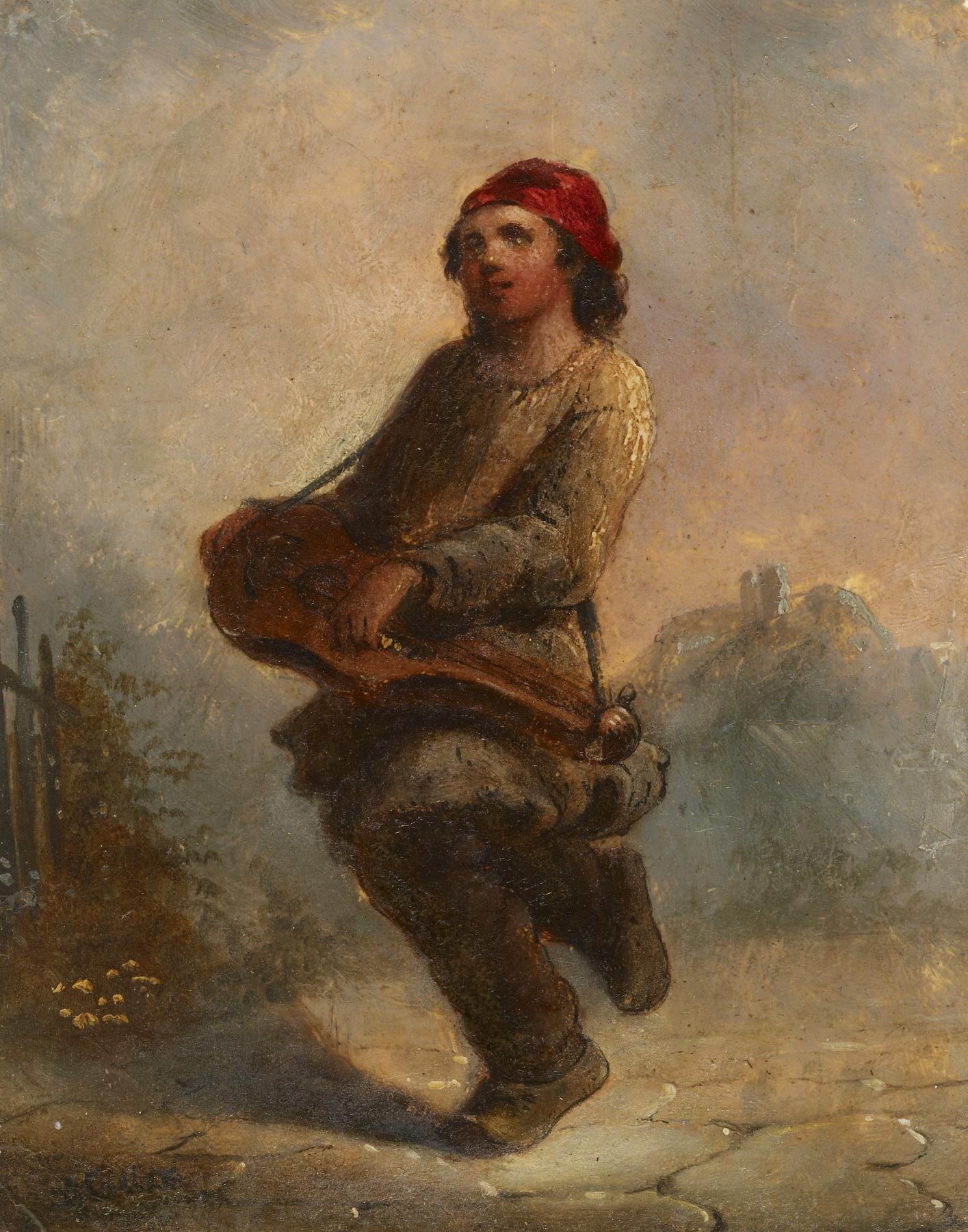 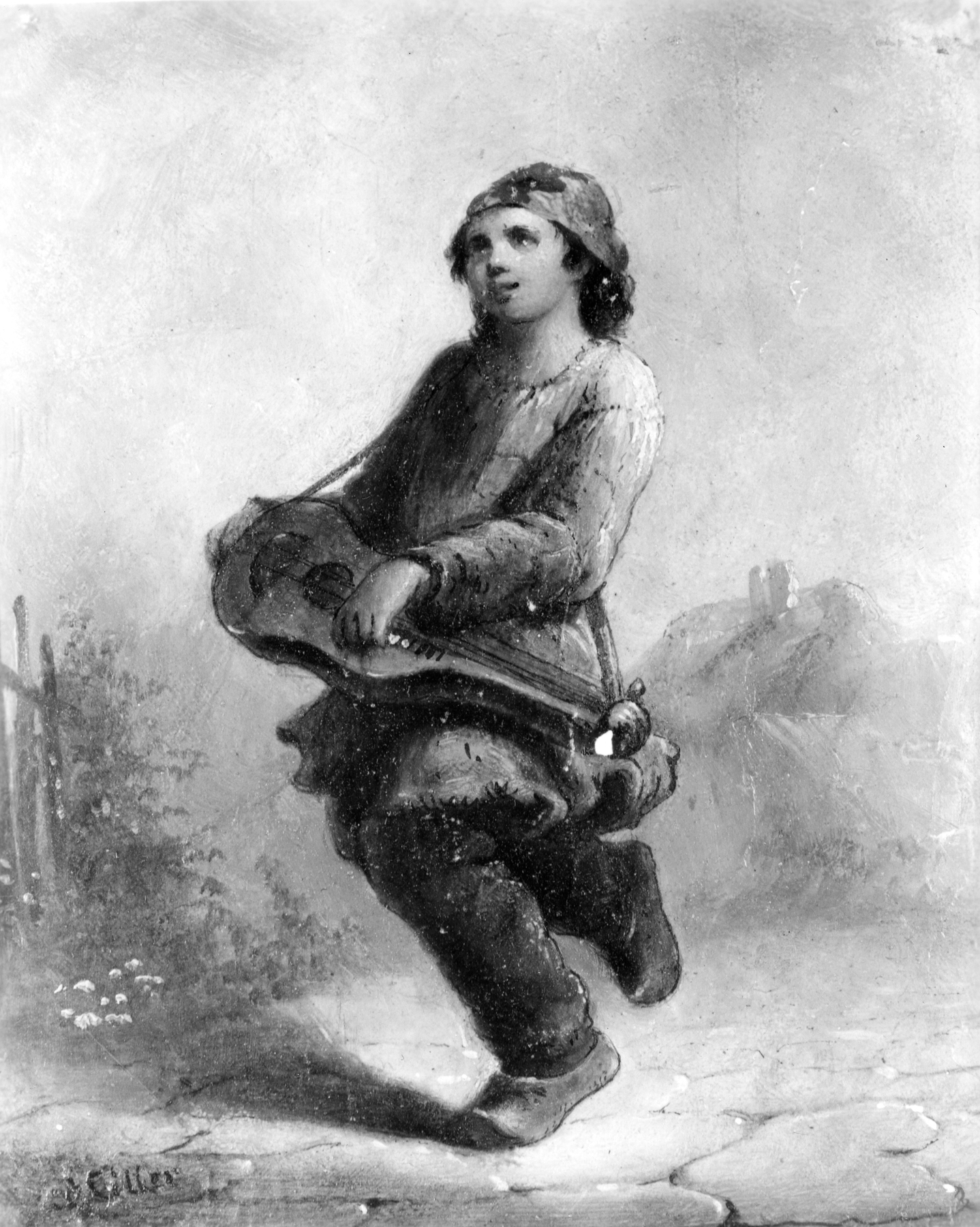 Natives from Savoy emigrated to Paris, where they frequently eked out a living as chimney sweeps or as itinerant musicians. Miller executed a preliminary drawing of this subject in Paris in 1834, which he preserved in a scrapbook. He presented this oil sketch to Jennie Walters (1853-1922), the daughter of his patron, William T. Walters. The syntax in Jennie's letter of acknowledgment suggests that the gift was made after the Walters' return from Europe following the Civil War. Miller repeated this theme in another sketch, also in a family scrapbook, showing Jean Valjean and a young Savoyard with a hurdy-gurdy, characters taken from Victor Hugo's "Les Misérables" of 1862.