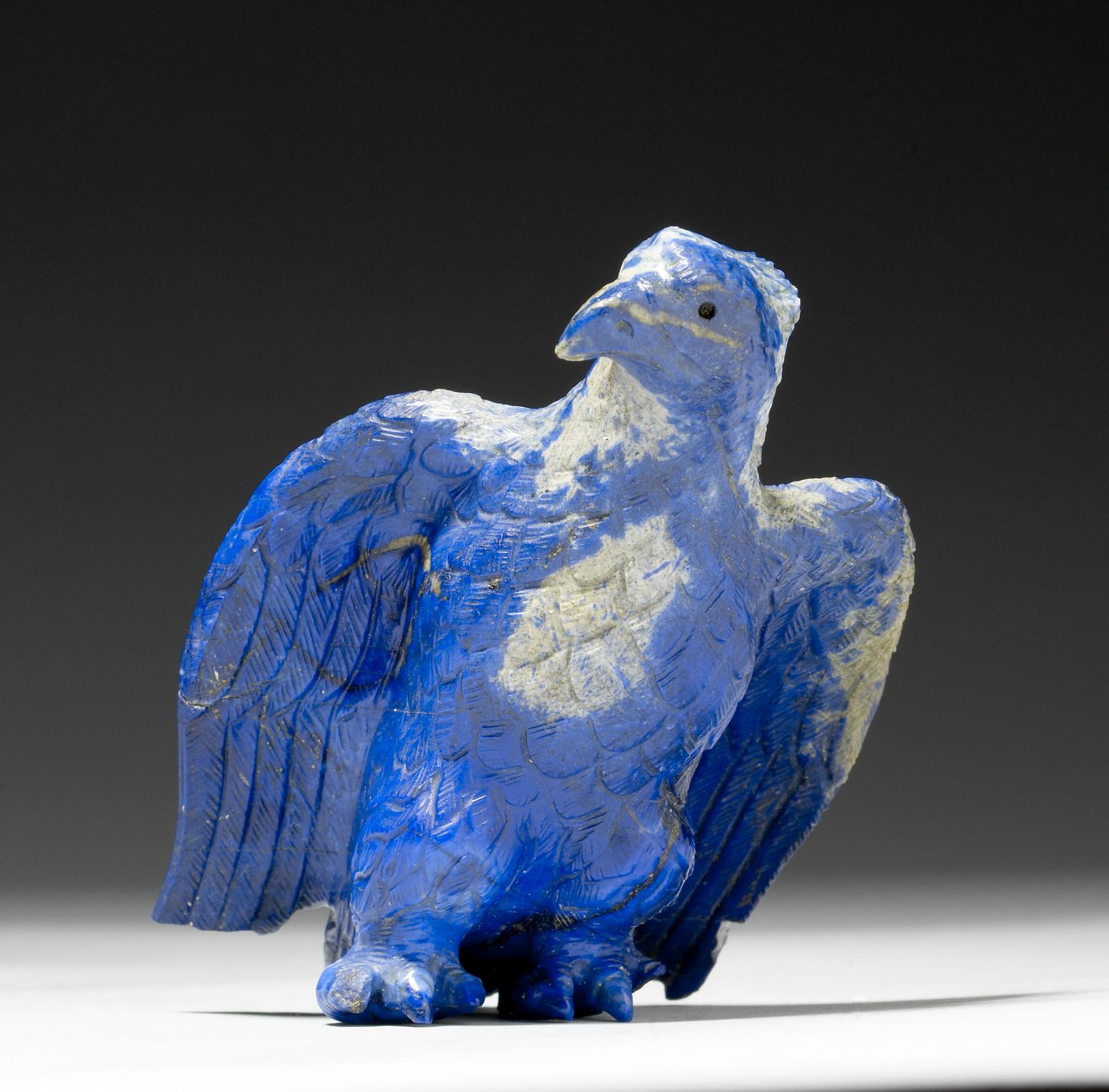 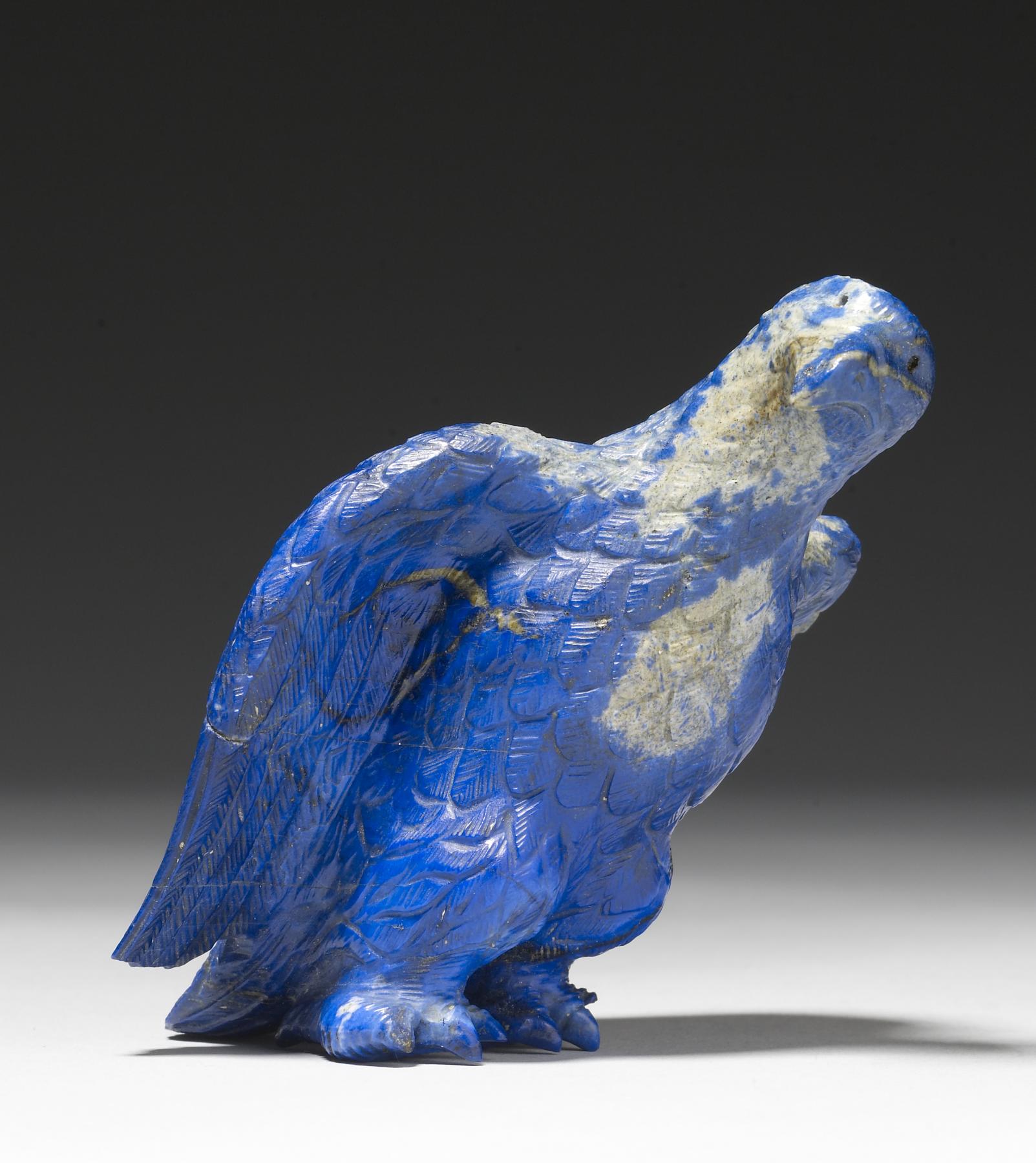 A rare example of the gem-carver's art is this lapis lazuli eagle, possibly the finial (top) of an imperial scepter. Lapis enjoyed great popularity in the late Roman and Early Byzantine periods as its rich purple-blue color was associated with royalty. From the 3rd century on, the emperor, often appears on coins and medallions carrying an eagle scepter, emblem of victory and authority.