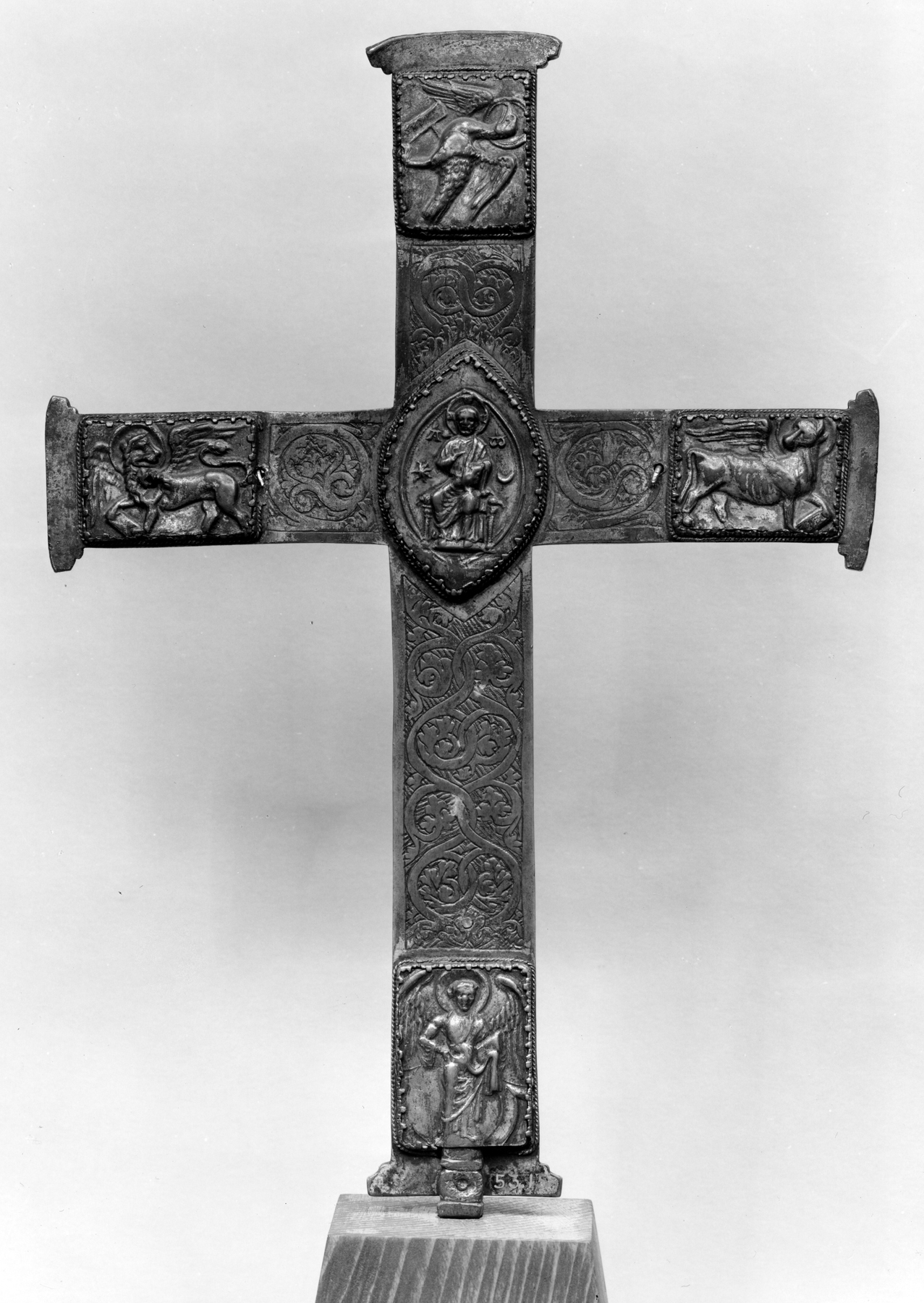 The solid-cast body of Christ, whose head is surrounded by an engraved, cruciform halo, hangs on the cross between repoussé medallions of the Virgin (left) and St. John (right). Once covered by a rock crystal, the rectangle over Christ's head was designed to hold a relic, perhaps of the True Cross. An angel hovers above, and the skull of Adam appears at the bottom in a reference to man's redemption through the sacrifice of Christ. All four medallions are rimmed with battlemented borders like the stamped coins of the period. On the reverse of the cross is Christ in Majesty surrounded by the symbols of the four Evangelists.

The simple but forceful rendering of Christ's head and upper torso gives the figure a sense of solemn, Romanesque monumentality which belies its small size.

Acquired from Henri Daguerre, Paris before 1931

Acquired by Henry Walters before 1931