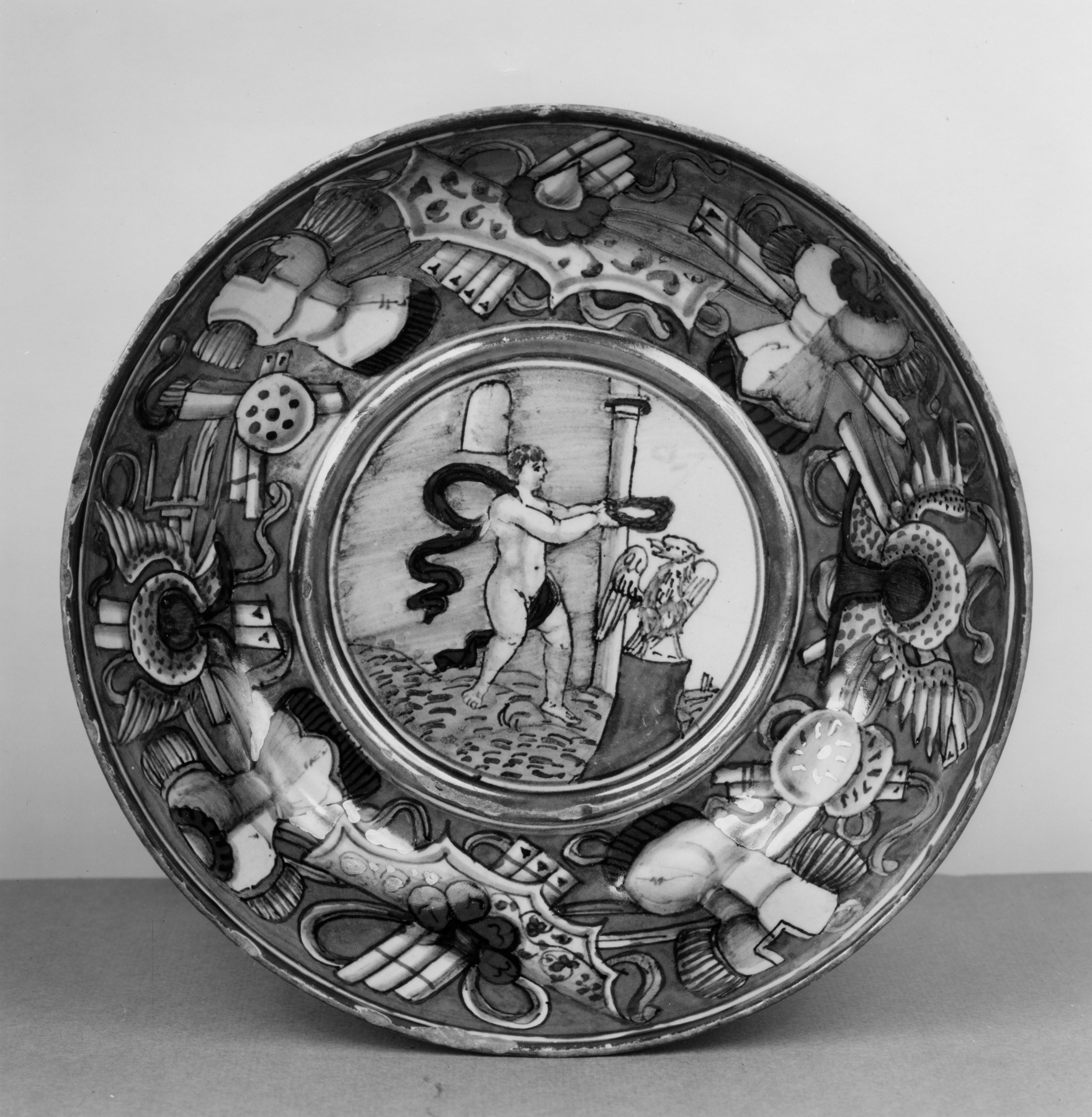 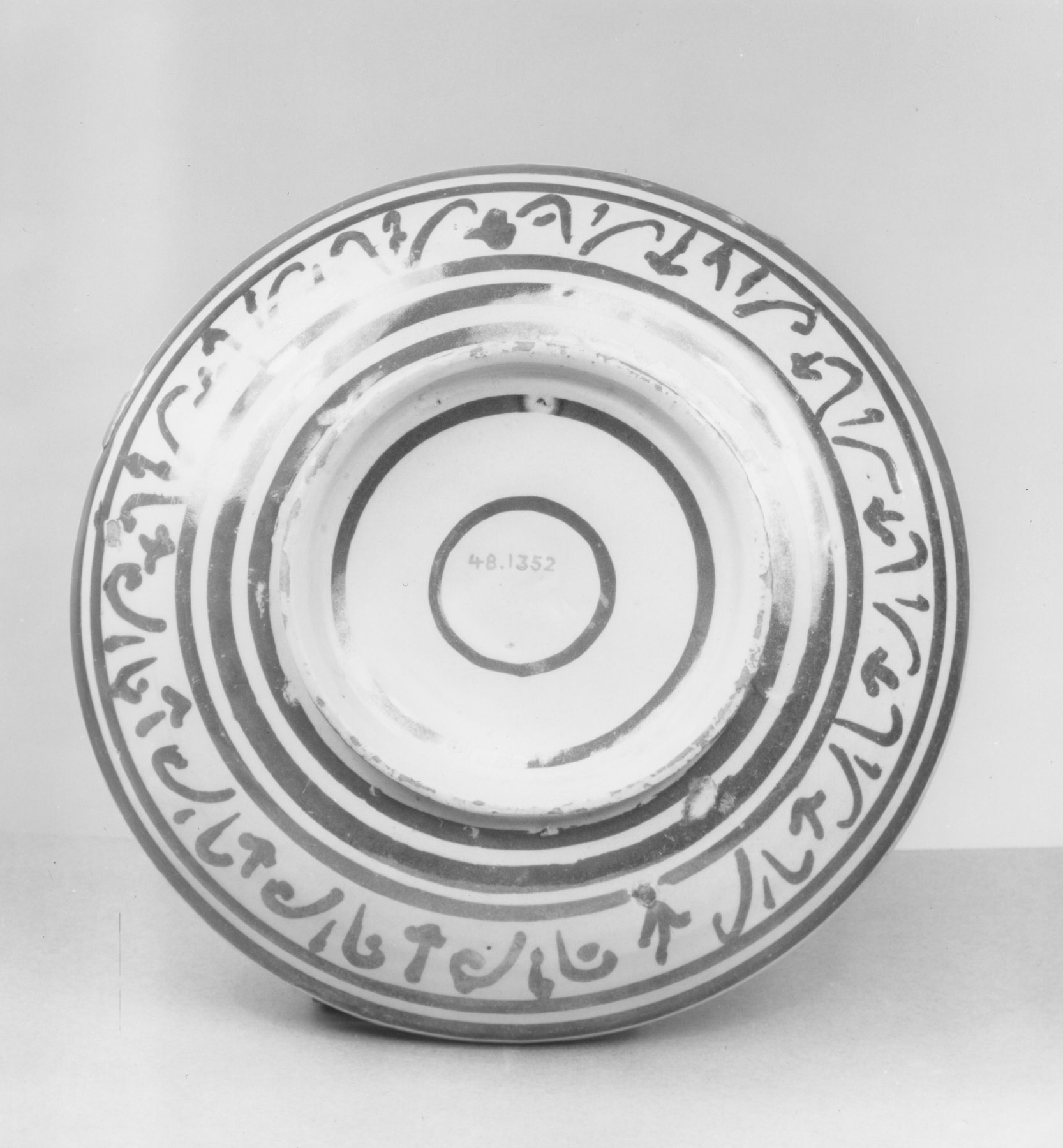 Bowl with Crowning of a Roman Eagle with Victory

This bowl depicts a nude figure crowning the statue of a Roman eagle with a laurel wreath, indicating a triumph or victory. The interior sides of the bowl are decorated with clusters of Roman arms and armor, known as trophies, painted in blue and heightened on a red-gold luster ground. On the bowl's exterior, a pattern of trefoils are painted in red and gold luster between bands of concentric circles.

The rough paint handling displayed throughout the interior composition suggests that the bowl was not commissioned by a specific patron, but was probably a stock item, made to accommodate the general demand for maiolica during the Renaissance. This bowl was likely produced in the workshop of Giorgio Andreoli, known for making maiolica dishes with trophies painted in red and gold luster. For more information on Giorgio Andreoli see 48.1331. To see other works by the artist and his workshop, click on his name in the “creator” field. For “maiolica” in general, see 48.1336.