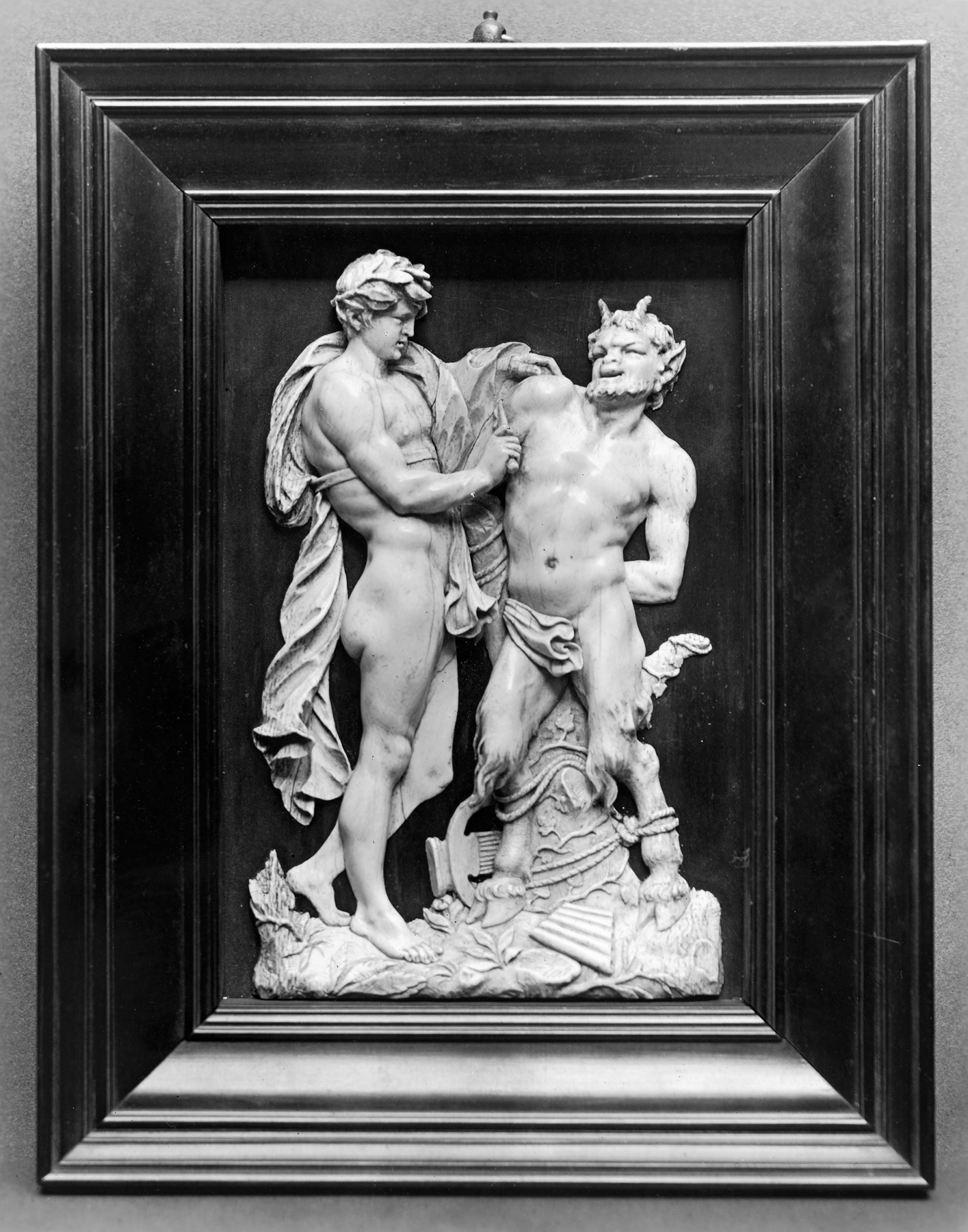 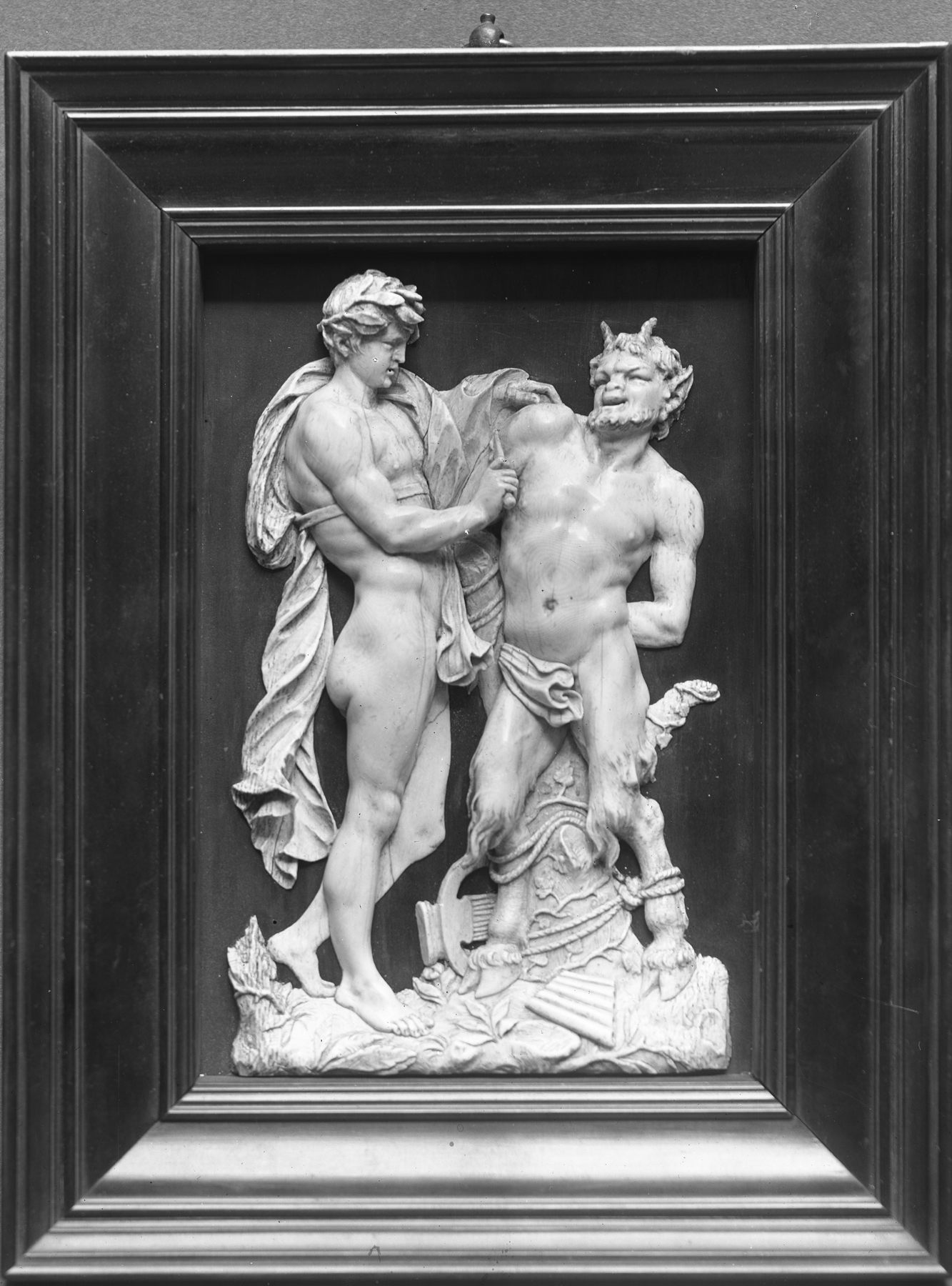 The satyr Marsyas foolishly challenged the Greek god Apollo to a musical competition. If he lost, he would be flayed alive. The jury of gods judged Apollo the winner, and, here, the flaying of Marsyas, bound to a tree stump, has begun. The scene is carved from a single piece of ivory, which has been reduced to paper thinness in places in order to create depth.

Van Opstal worked in marble as well as ivory. His delight in dramatic subjects involving muscular strain and tension owed much to his contemporary, the greatest Flemish painter Peter Paul Rubens. This relief can be compared to Van Opstal's style of around 1640 before he moved to Paris and became an important figure at the French court as a sculptor to King Louis XIV.