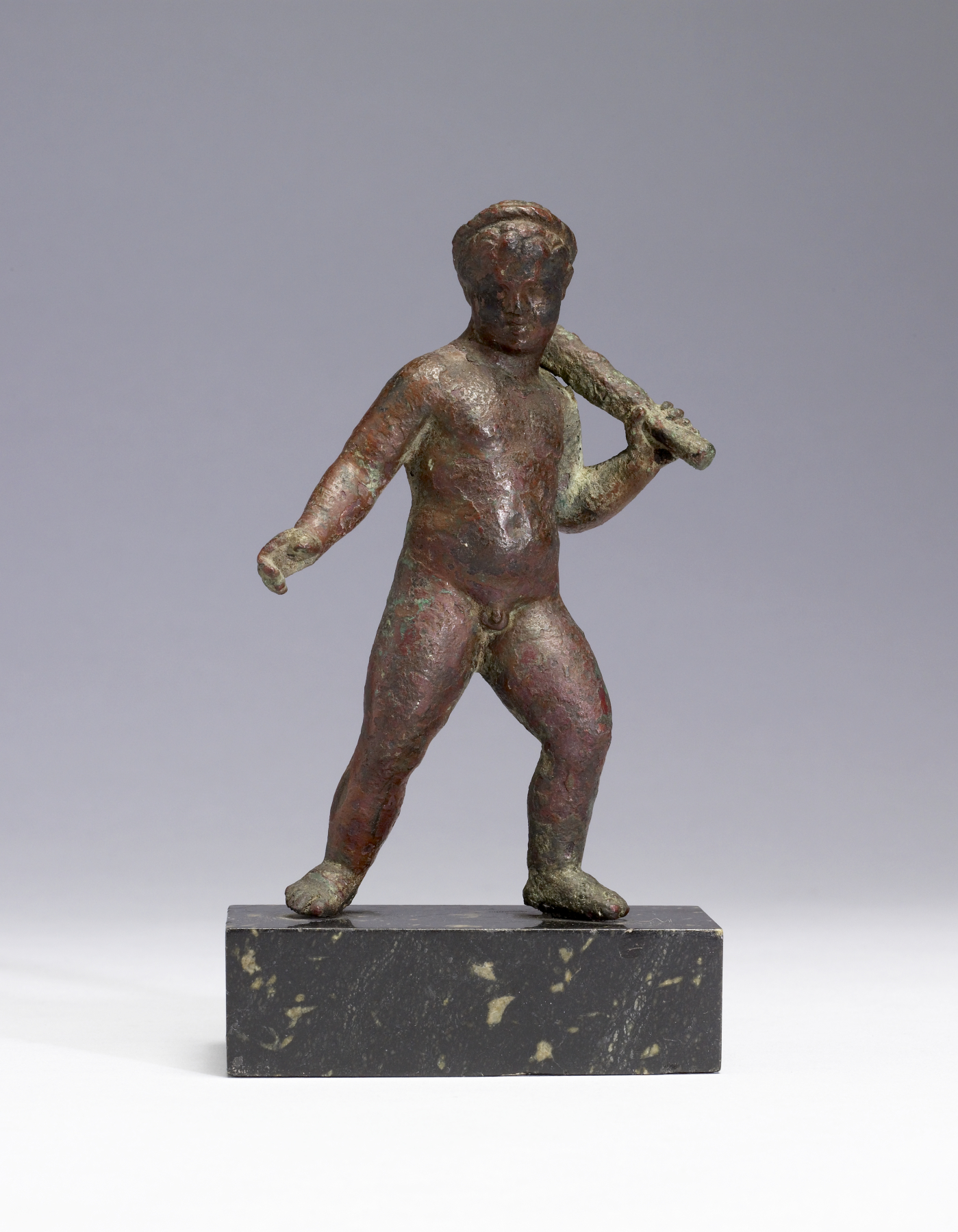 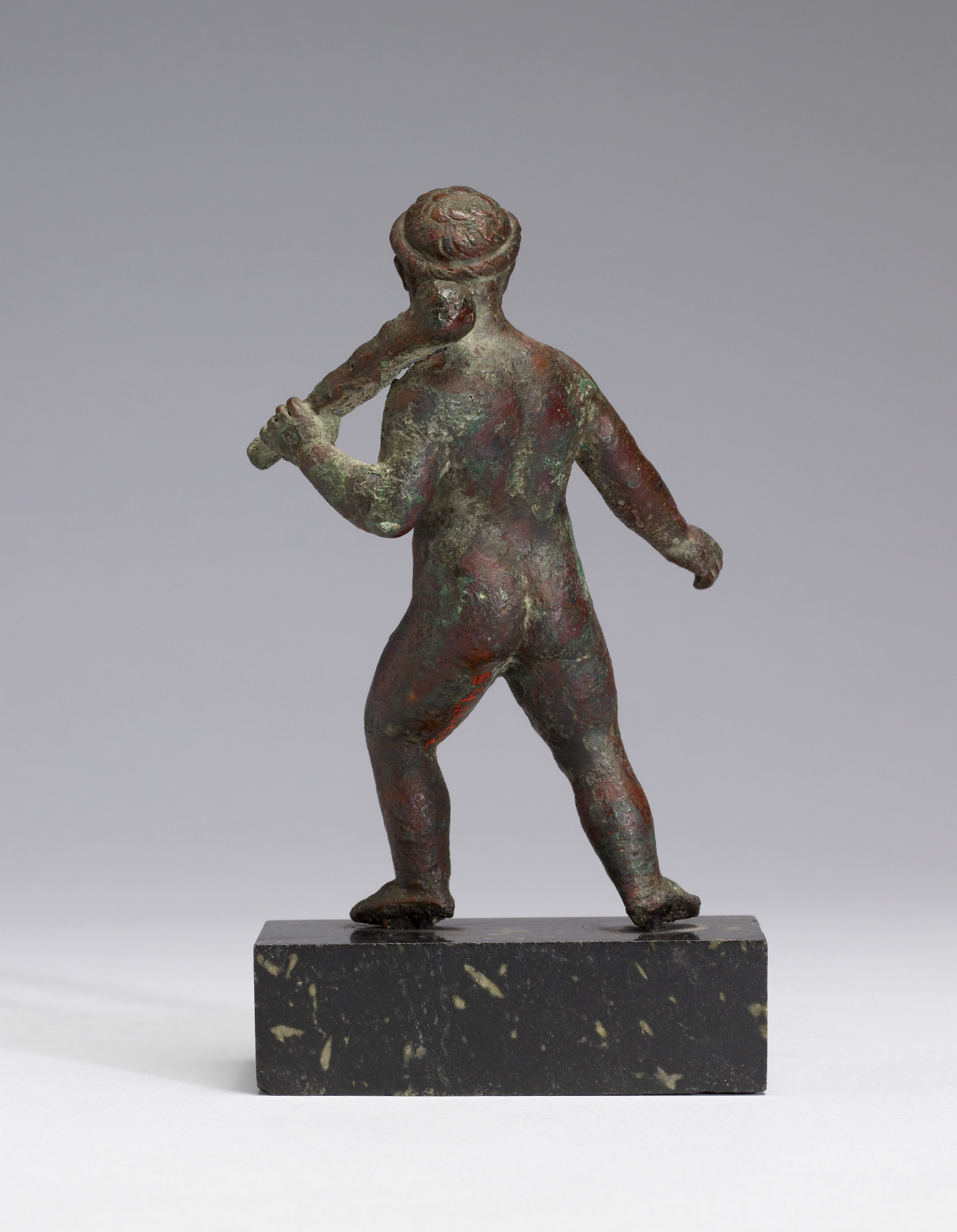 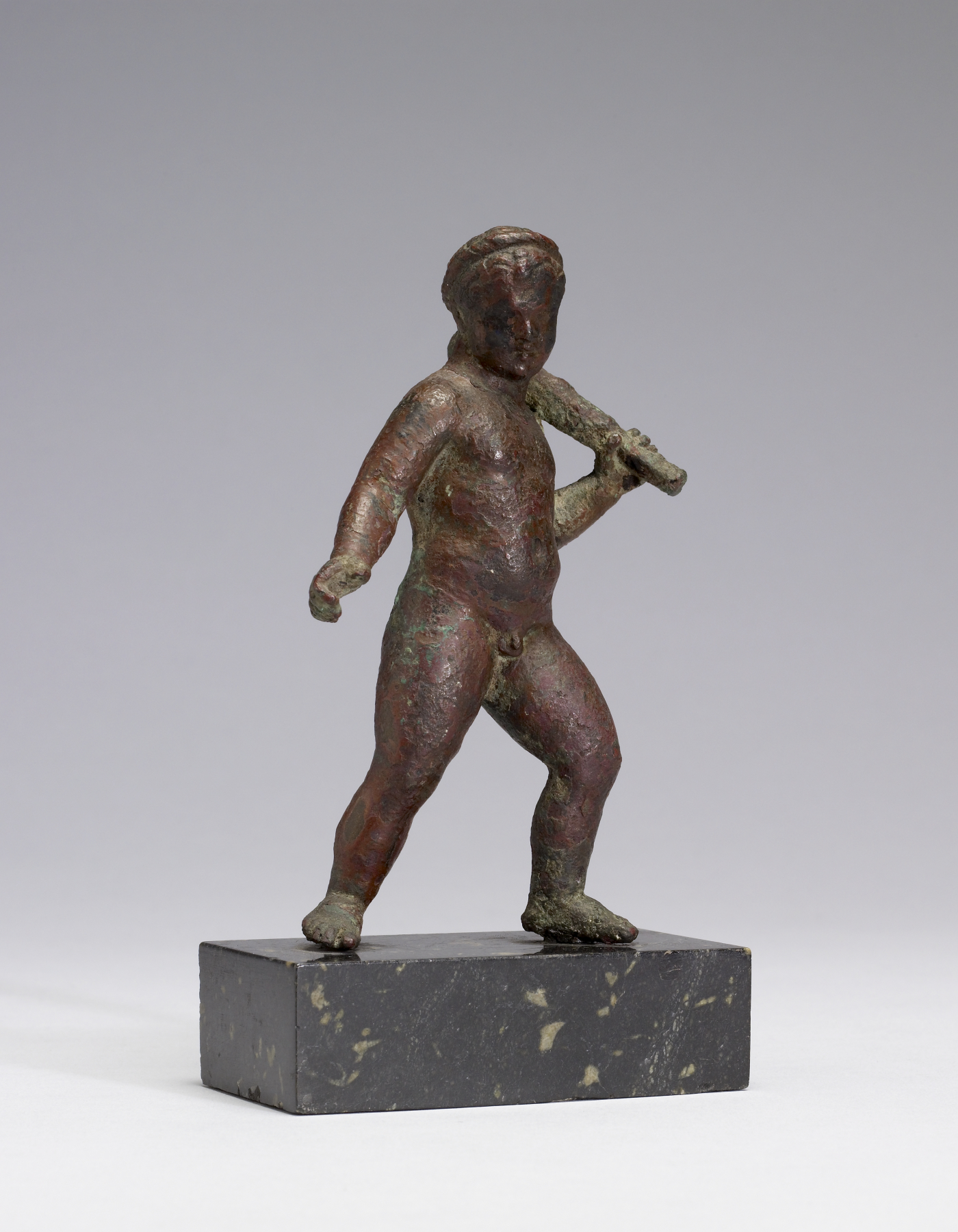 Herakles as a Child

This small bronze statuette depicts a young boy holding a club, which he rests upon his shoulder. His nude body is somewhat chubby and has the proportions of a young child. His right hand is outstretched, and he may have once held something, perhaps an adversary or an animal. Striding to the left, his weight rests upon his left leg, while his right foot barely touches the ground. His hair is short and curly, held in place with a band.

Although we tend to think of Herakles as an archetypal hero, fully grown and muscular, he is often represented as an infant or a child. The club, an attribute used in his deeds, confirms his identity. Herakles was unique among Greek heroes for having performed extraordinary deeds as an infant, strangling the snakes sent by Hera. Here, his weapon and active pose again suggest that this is no ordinary child; instead, he is imbued with the extraordinary strength of a hero.