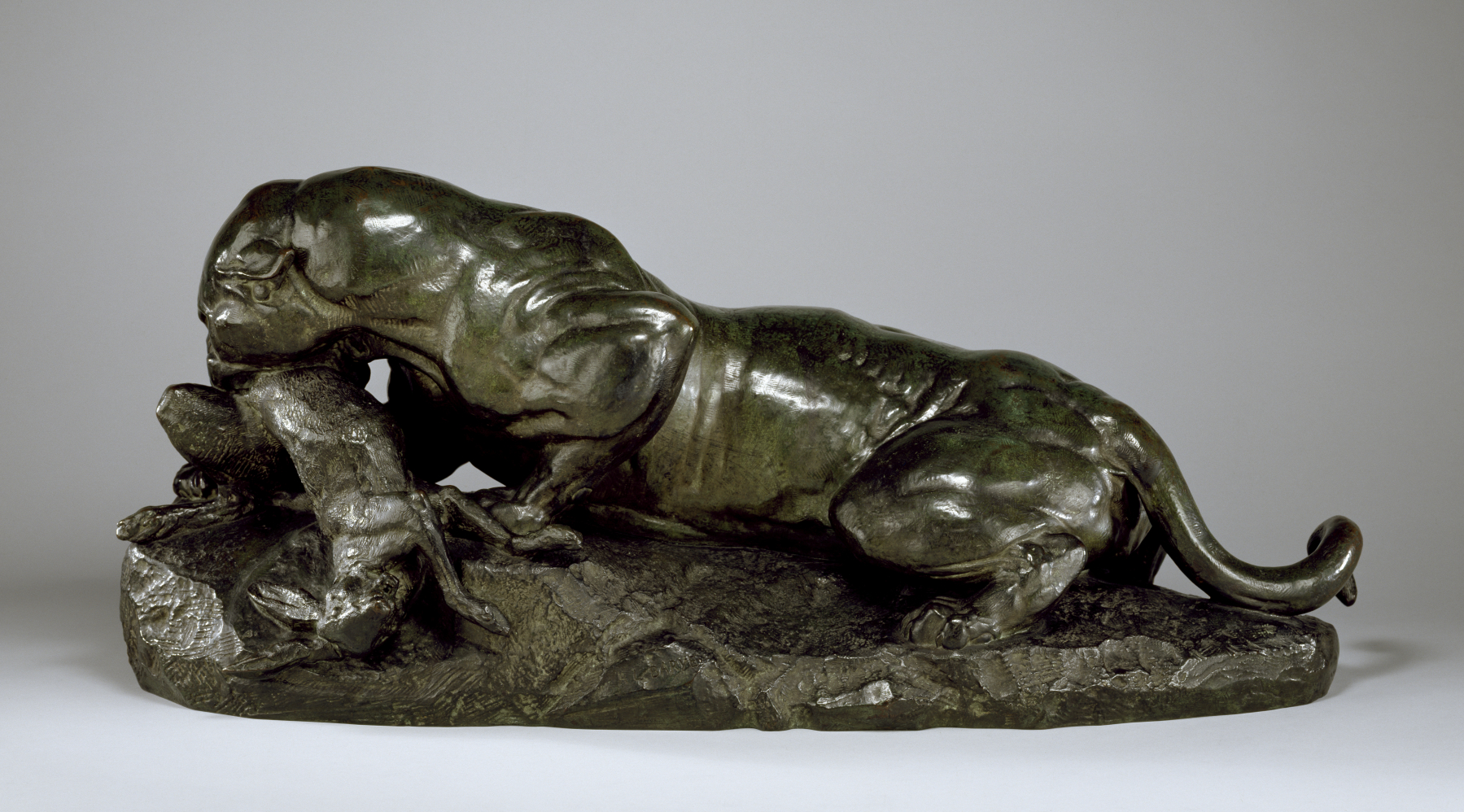 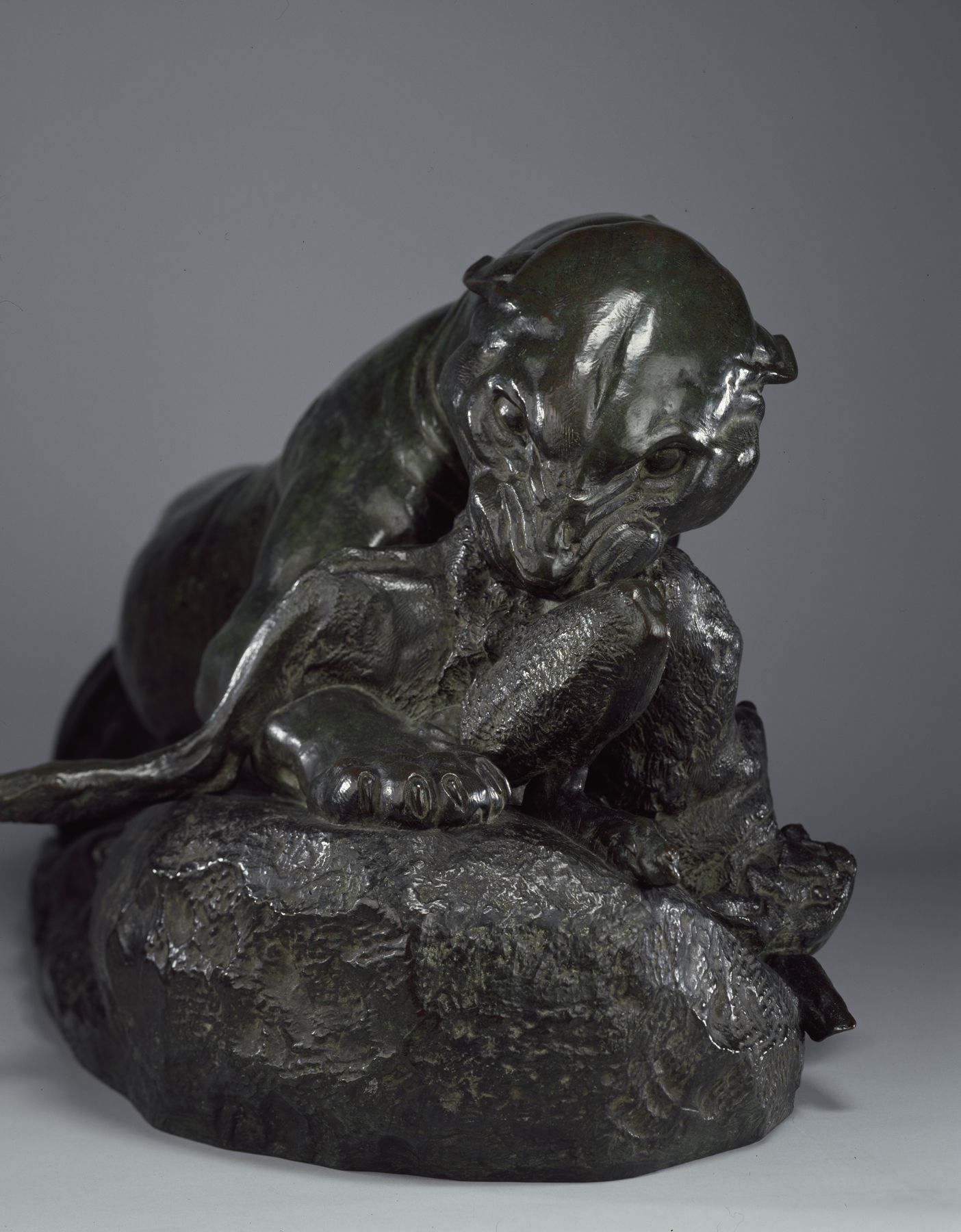 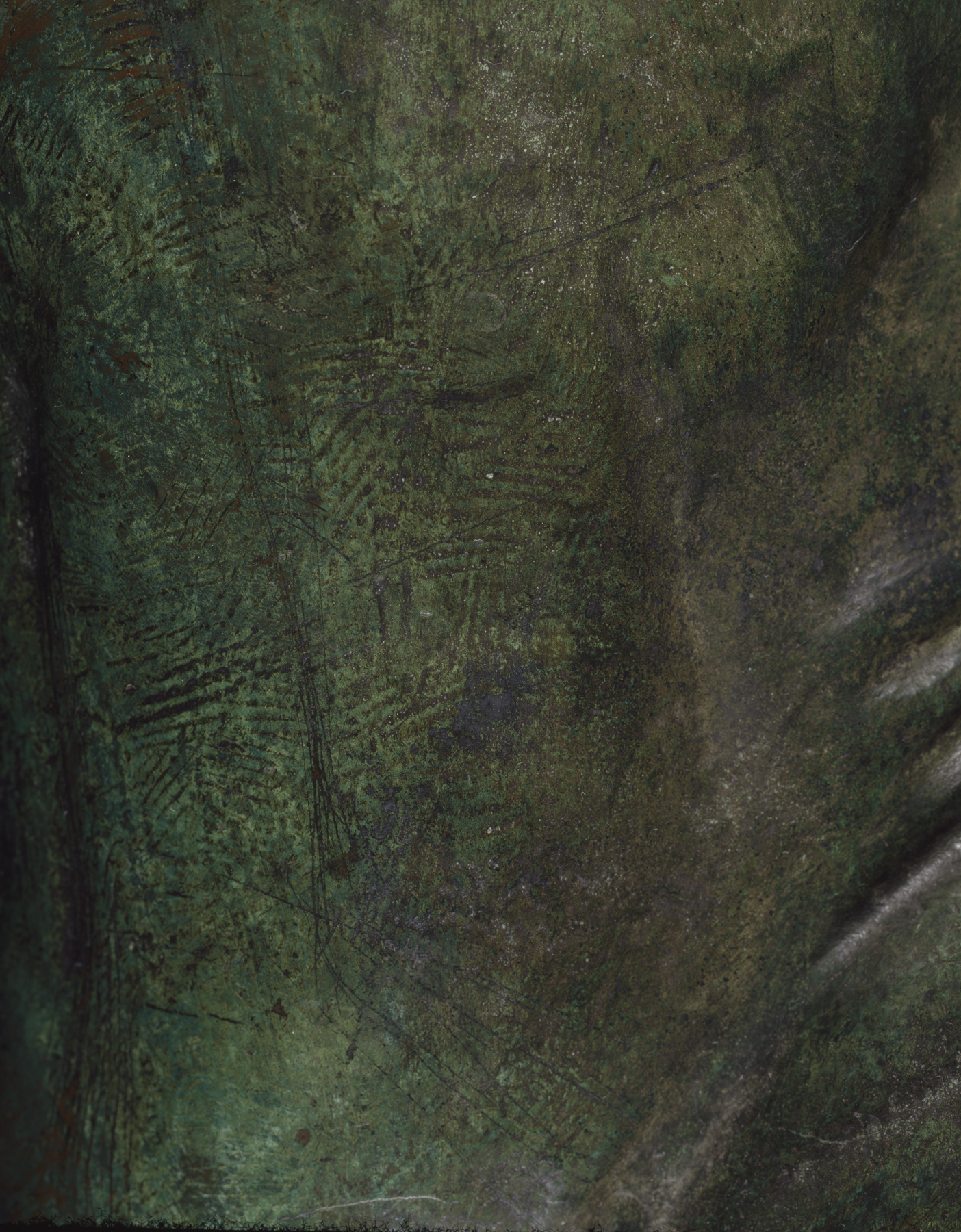 Barye contrasts the powerful, broadly rendered muscular build of the jaguar with the more detailed, limp body of the terror-stricken hare. The cat's ears are pressed against its head and its features are convulsed in fury as it prepares to devour the entrails of its prey.

At the Paris Salon of 1850, "Jaguar Devouring a Hare" was exhibited together with "Lapith Combating a Centaur" -one work representing the artist's most romantic side and the other, his most classical. Both sculptures were acclaimed masterpieces. The critic Théophile Gautier observed of this sculpture:

"The mere reproduction of nature does not constitute art; [Barye] aggrandizes his animal subjects, simplifying them, idealizing and stylizing them in a manner that is bold, energetic, and rugged, that makes him the Michael Angelo of the menagerie."

[Signature] Cast through from model: A L BARYE.