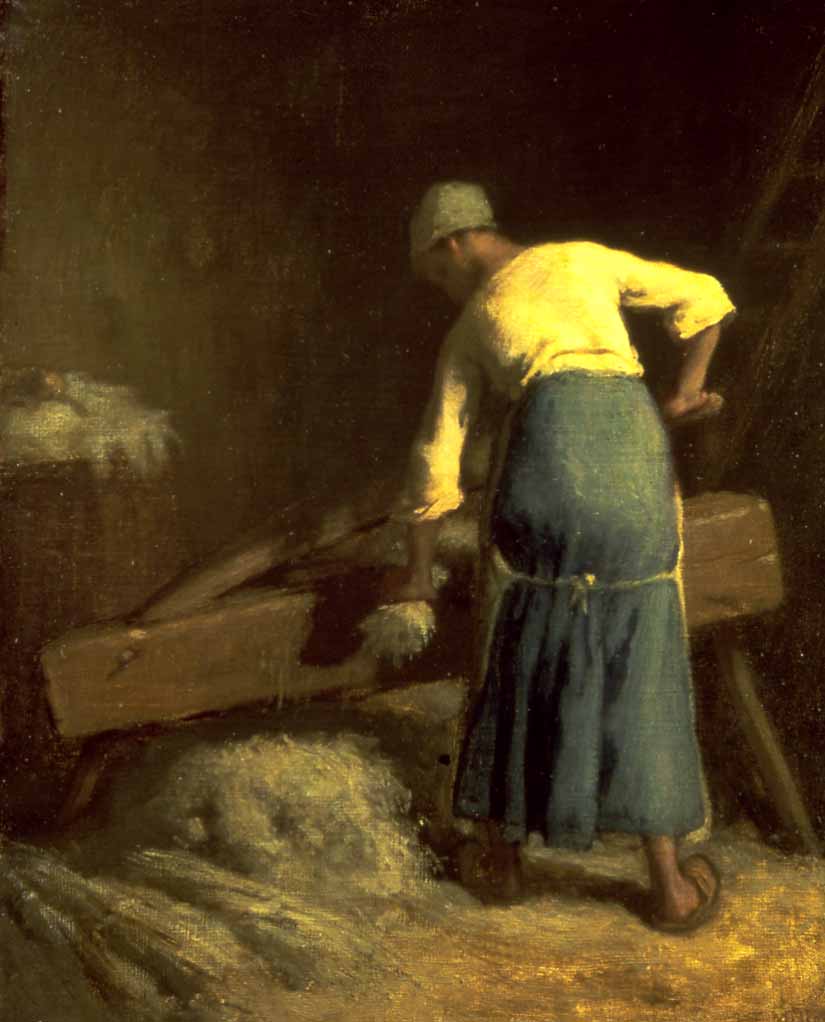 Despite the modest size of this painting, Millet has imparted a sense of grandeur and monumentality to the woman. Using ancient methods, she pulverizes sheaves of flax to separate the fibers for making linen.

Although the artist appears to remain objective in his treatment of the toiling peasants, his picture reflects a concern for the plight of the rural working classes that emerged in French society following the Revolution of 1848, in which the monarchy of Louis-Philippe was overthrown.