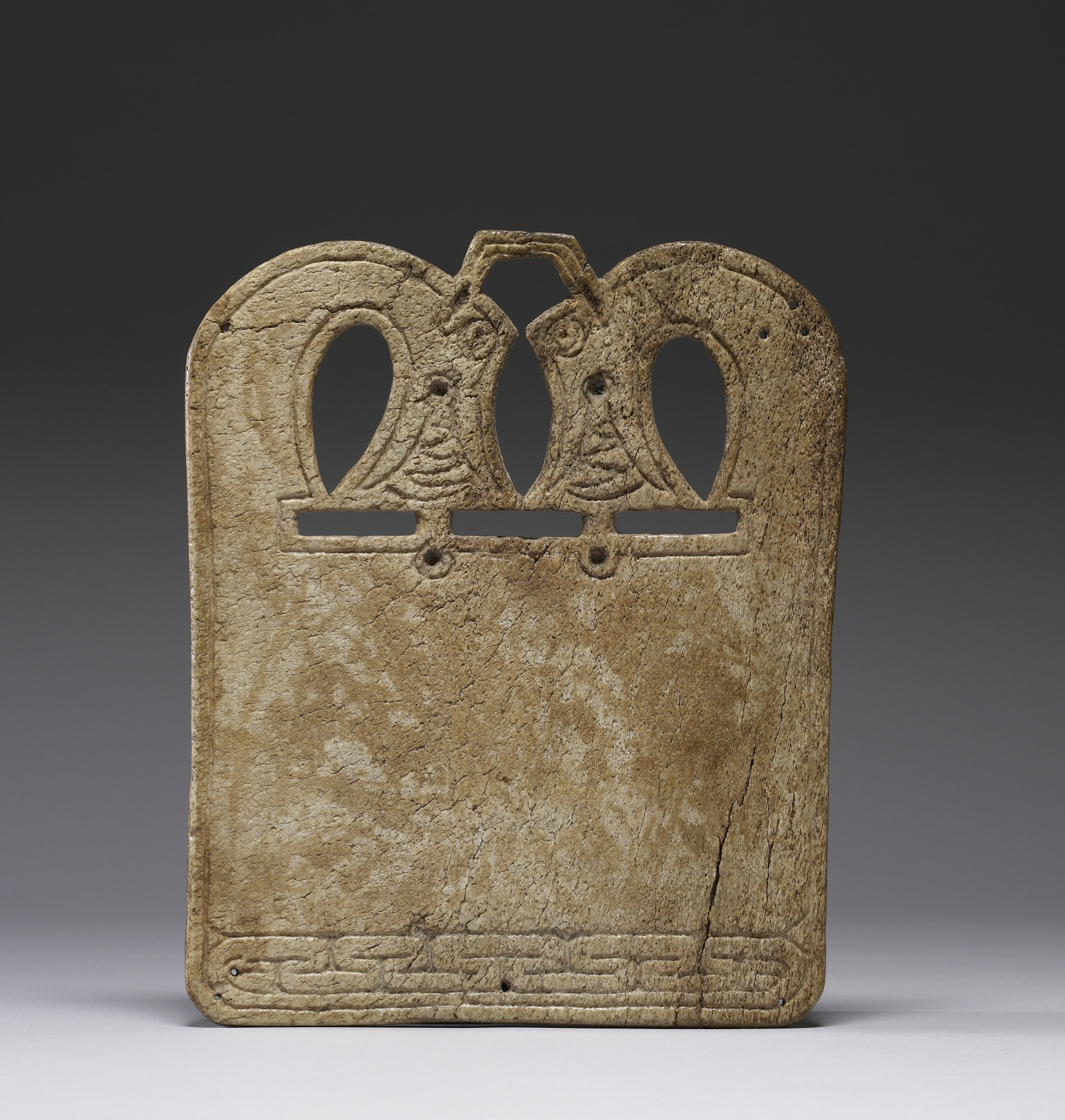 Similar plaques of whale bone carved with confronted monster heads are found frequently in the graves of wealthy Viking women in Norway. The monster heads, similar to the figureheads attached to Viking ship prows, are typical of Viking decoration. The function of these plaques is not clear; it has been suggested that they were used as ironing-boards or for pleating linen (by folding and winding it around the board while wet and then leaving it to dry), or as trenchers for serving food.