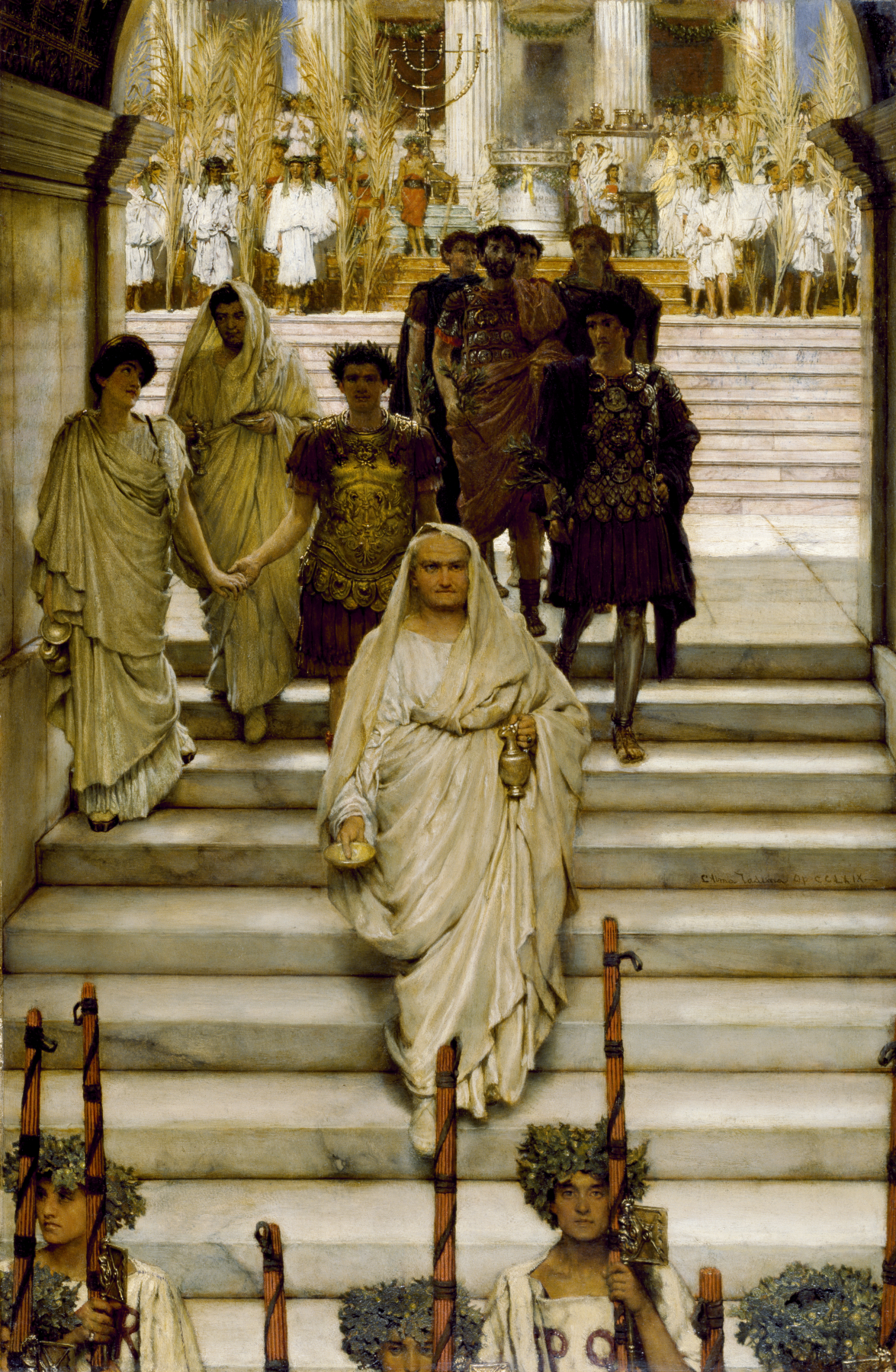 The Triumph of Titus: AD 71, The Flavians

In this canvas, the artist shows Titus returning to Rome in triumph following his capture of Jerusalem in AD 70. His father, Emperor Vespasian, clad in a white toga, leads the procession. Titus comes next, holding the hand of his daughter, Julia, who turns to address her father's younger brother and successor, Domitian. In the background is the Temple of Jupiter Victor. Among the spoils from Jerusalem is a 7-branched candlestick from the temple.

Alma-Tadema depicted these events by drawing on classical sources, like the reliefs on of the Arch of Titus and on the latest 19th-century scholarship regarding everyday life in Rome.