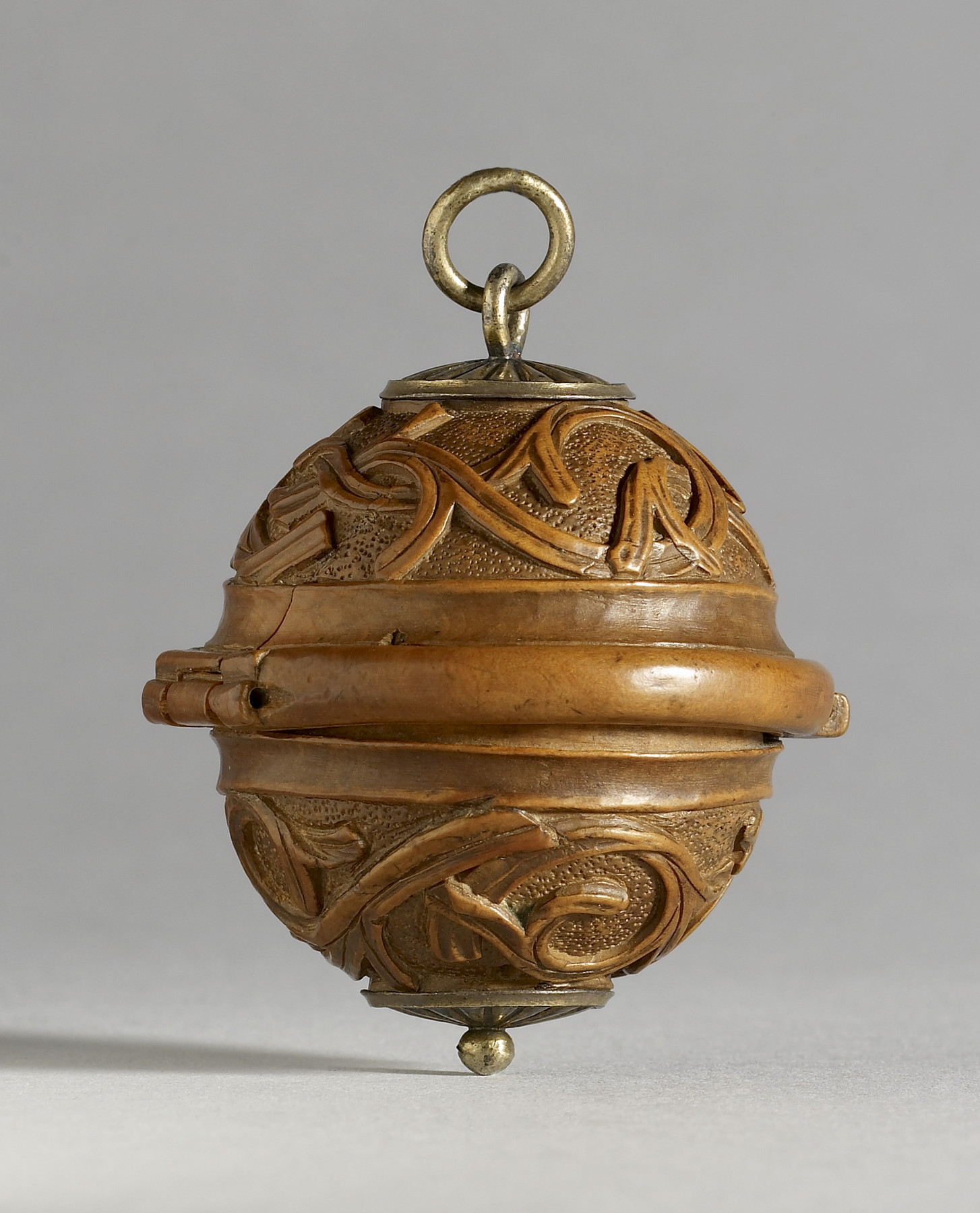 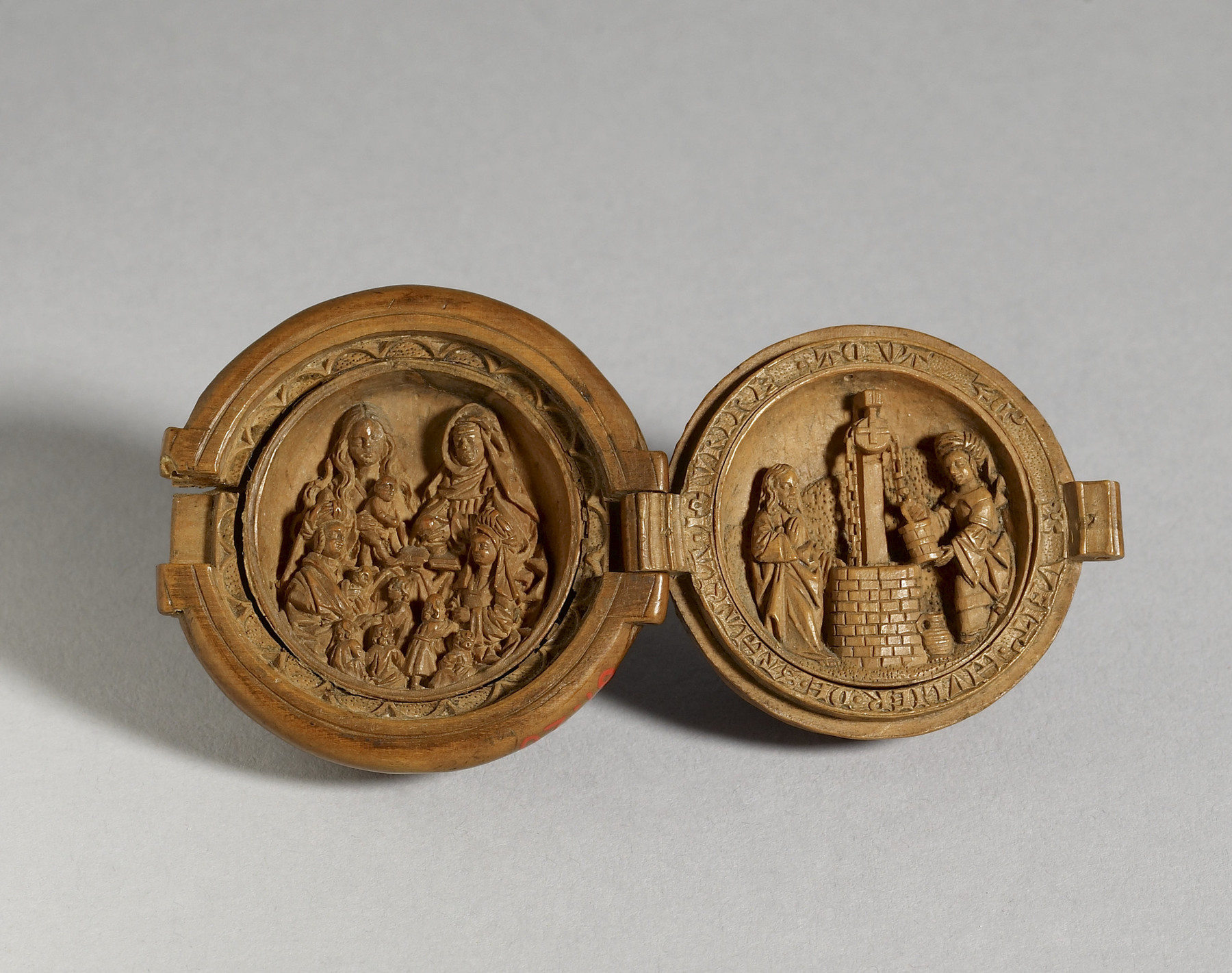 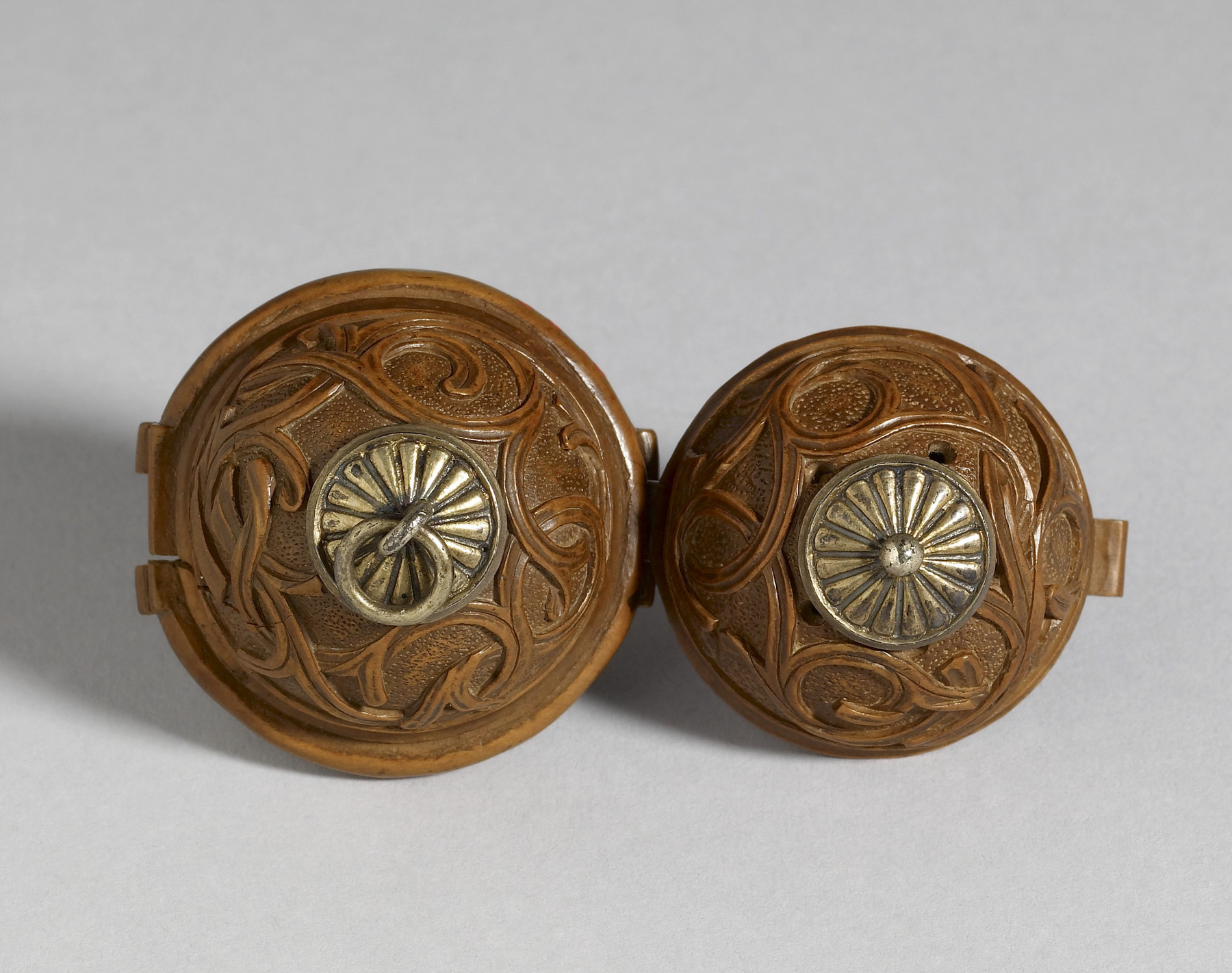 This intricately carved hinged ball would have functioned as a paternoster bead on a rosary, that is, one that would prompt the saying of the prayer beginning “Our Father.” Beads that open to reveal devotional images on the inside are known as prayer nuts. This one differs from the others in the Walters such as 61.131 or 61.132 in that the case is not pierced and would have been less expensive to produce. The emphasis on stories featuring women suggests that the intended owner was a woman.

The present orientation of the two scenes is side by side, as is the orientation of Walters 61.131; however there is internal evidence that both were intended to be oriented vertically with the hasp at the top. As with 61.131, the inscription begins with a rosette carved directly "under" the hasp (closure tab) and then continues to the right (image right). The role of the rosette as a centering motif is clarified by how it is featured on the exterior of Prayer Nut with the Conversion of Paul. So, both circular inserts were both originally oriented a quarter turn to the right. Some carvers inserted a tab that kept the scene from shifting, but that device wasn't used here.

The subject of the Holy Kinship, popular in the Southern Netherlands, is a development of the later Middle Ages and usually understood to include St. Anne with her daughter the Virgin Mary along with her son, Christ, along with Anne's sister, sometimes identified as Esmeria, along with her daughter St. Elizabeth and Elizabeth's son St. John the Baptist. this insert is framed by a decorative band but no inscription. Christ's encounter with a woman of Samaria is recounted in John 4. The passage in the Latin Vulgate rendering of John 4.7 reads: Venit mulier de Samaria haurire aquam (a woman of Samaria came to draw water....) and is reflected in the inscription on the pendant, carved in relief: (rosette) VEIT'. MVLIER. DE. SAMARIA. HVRIRE. AQVA (?)