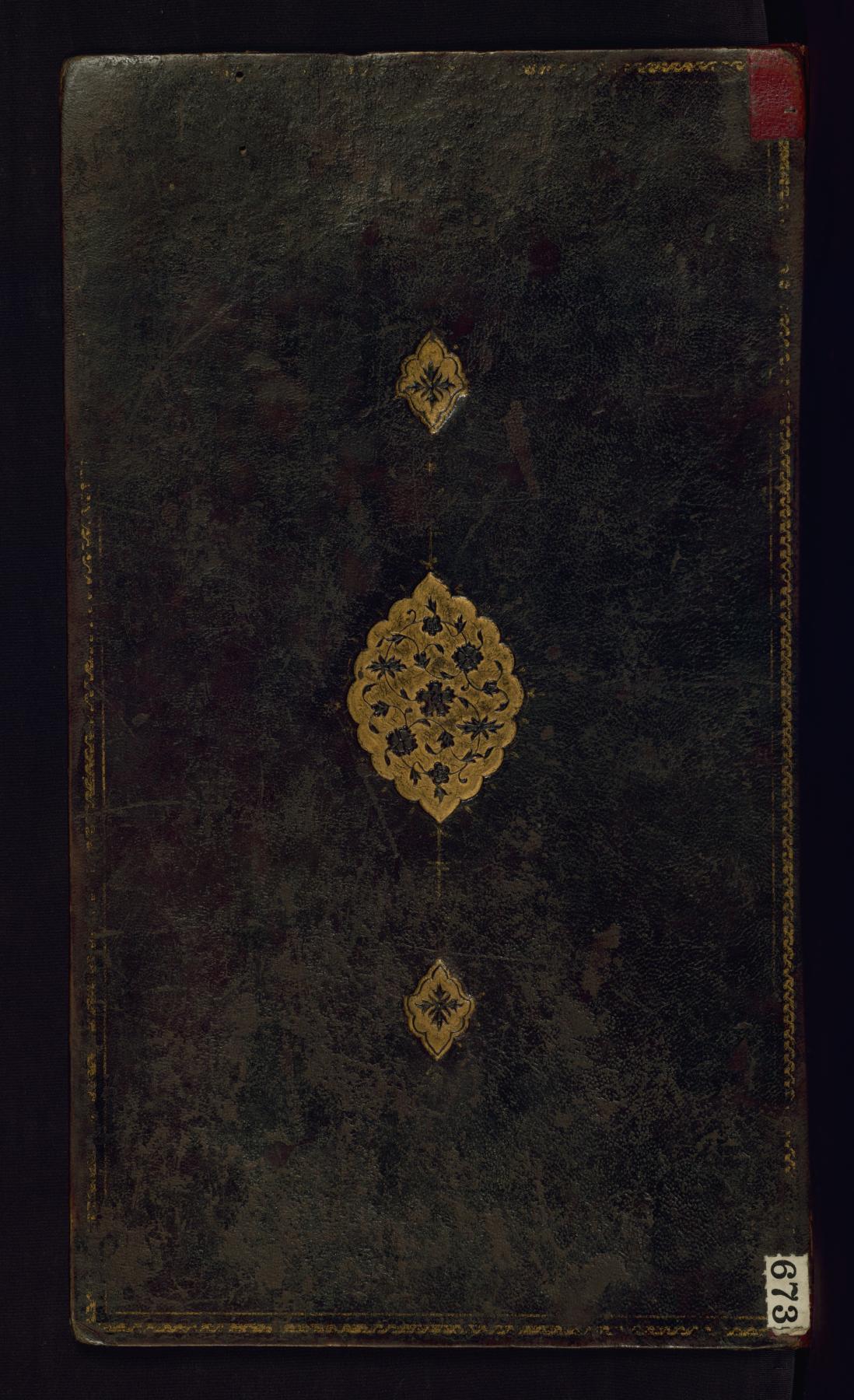 Walters manuscript W.673 is an illuminated album (muraqqa') in accordion format containing Persian calligraphy. It was executed in Iran during the 11th century AH/AD 17th. Lines of text in black Nasta'liq script are framed by decorative cloud-bands. Borders are decorated with illuminated vegetal and animal motifs on multicolored paper. This album bears a seal impression of the Ottoman Sultan 'Uthman Khan (Osman III, reigned 1167 AH/AD 1754-1170 AH/AD 1757) and a bequest (waqf) entry and seal by Ibrahim Hanif, inspector of awqaf (fol. 1b). The dark brown leather binding with central oval and pendants is contemporary with the manuscript but may not be original to it. 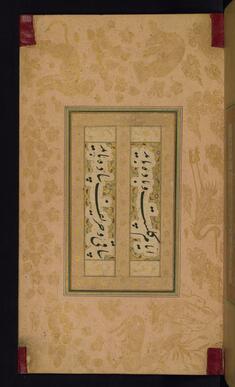 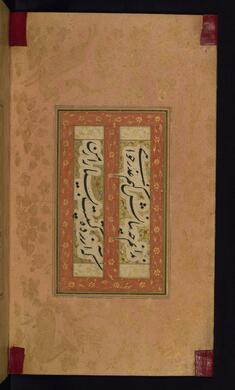 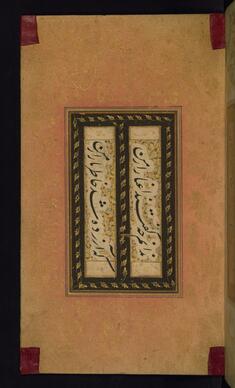