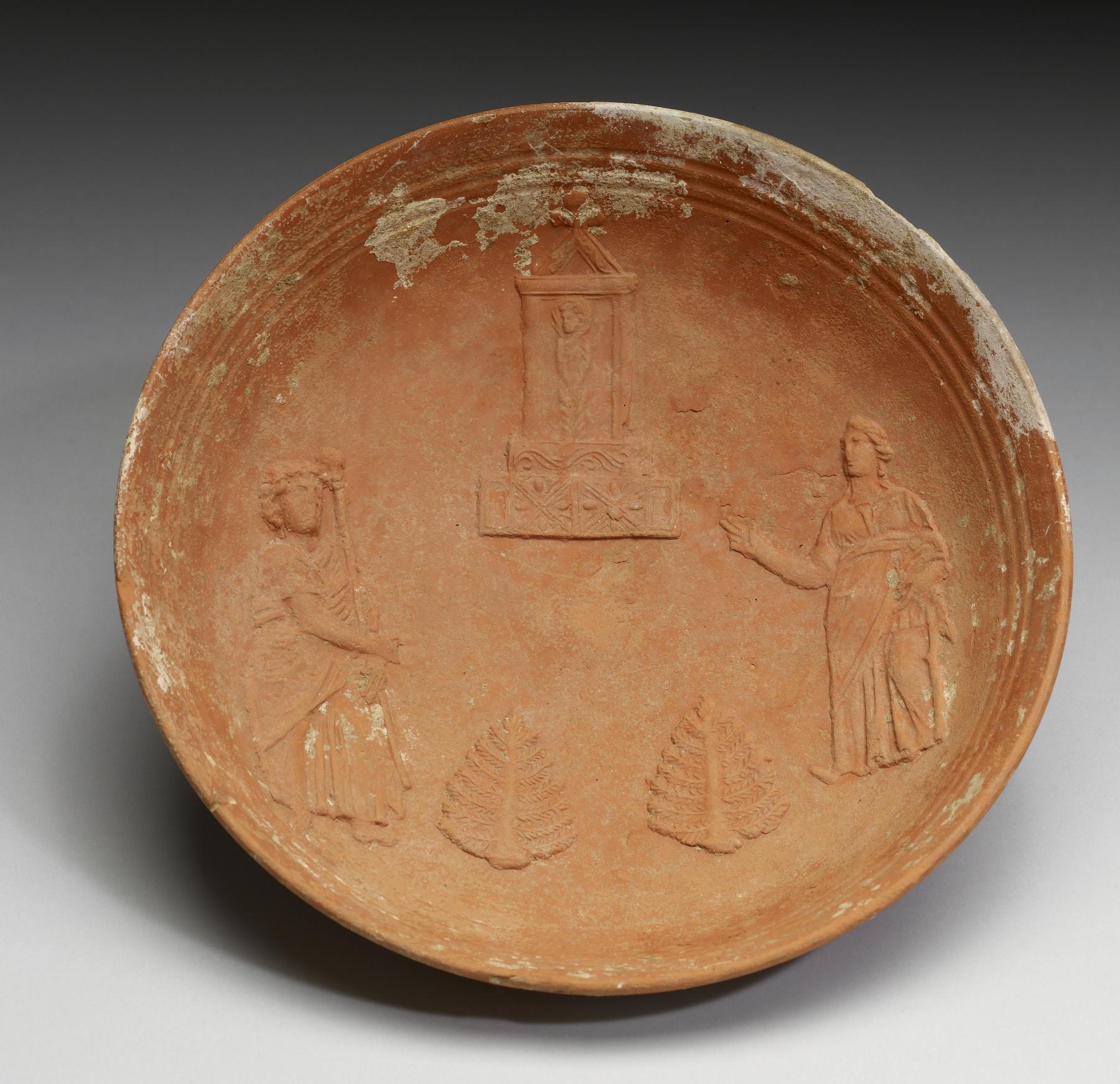 Bowl with Raising of Lazarus

According to the Gospel of John, Lazarus, the brother of Mary and Martha, fell ill and died while Jesus was away teaching. When Jesus returned, he called to Lazarus to come forth from the dead, as seen here in the doorway of a temple-like tomb. This bowl, with stamped relief decorations, is part of a group of terracotta objects produced in North Africa as an inexpensive substitute for more precious metal vessels.