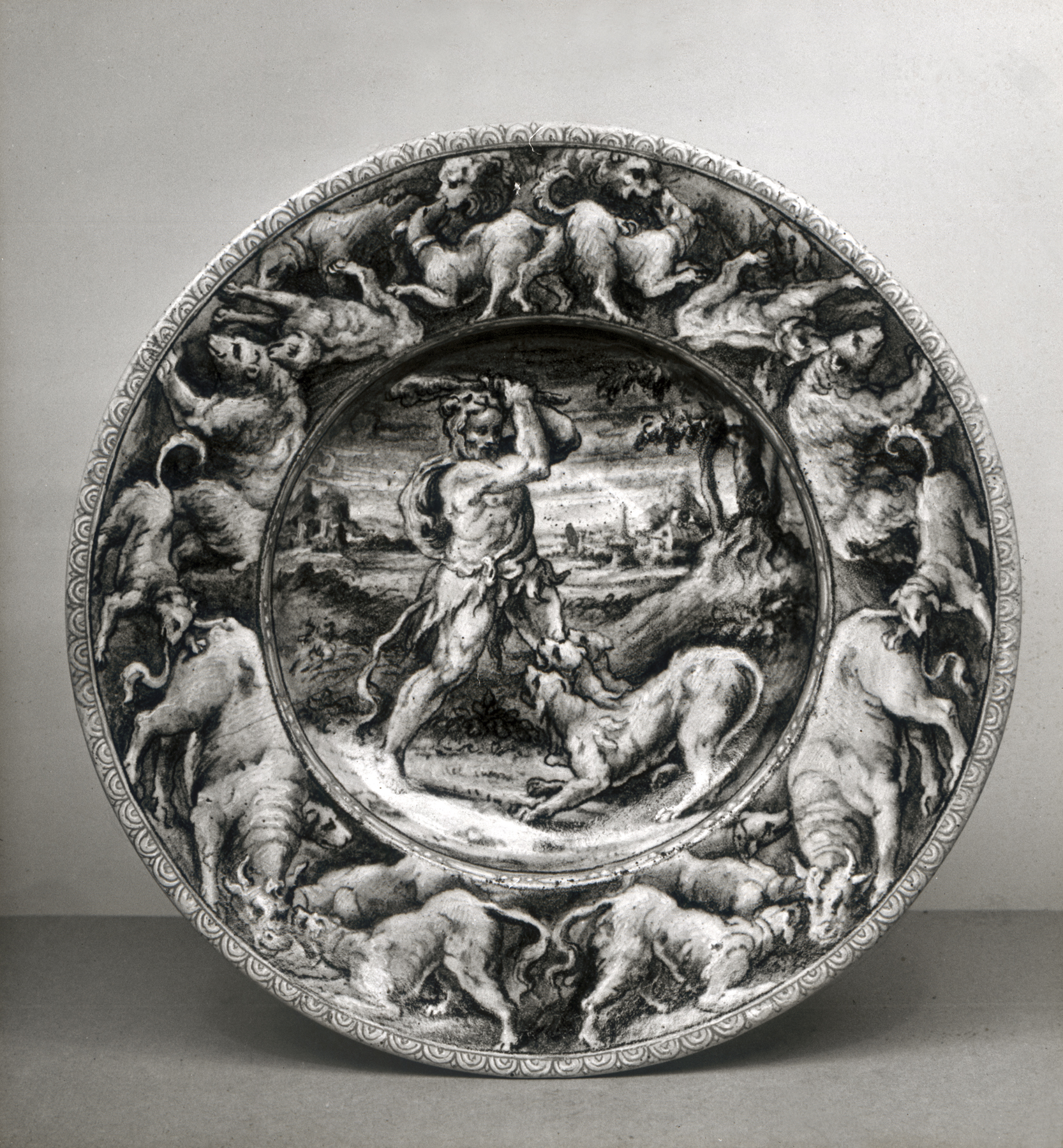 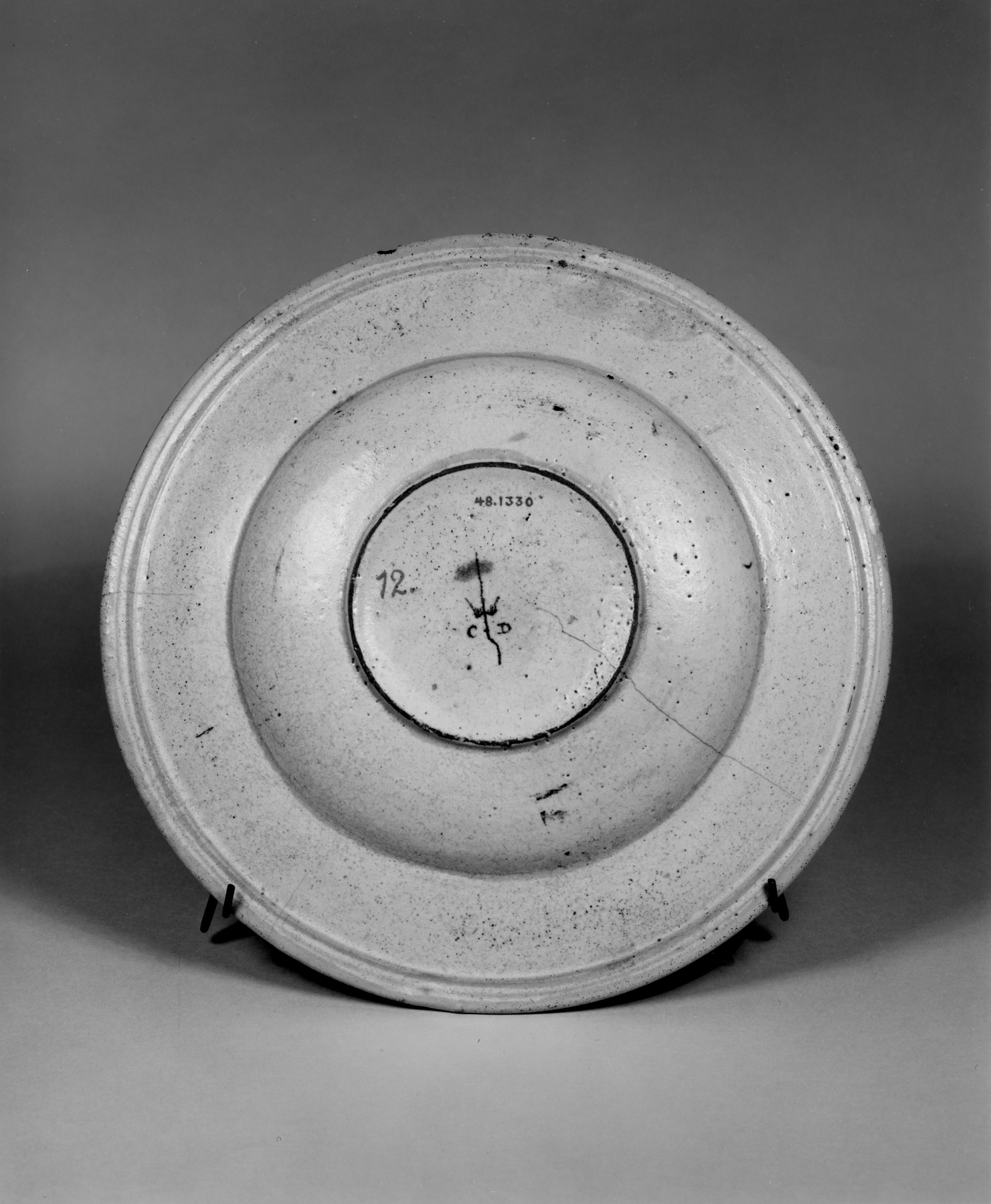 The “Twelve Labors of Hercules” are attributed to the ancient Greek poet Peisander (b. 645 BCE), and refer to a series of tasks carried out by Hercules at the service of King Eurystheus. This dish portrays the twelfth and final labor of Hercules, when he captures Cerberus, the vicious three-headed dog who guards the entrance to the underworld. The dish’s outer ring is decorated with a design of cattle, bears, and fighting dogs. Though it has been suggested that the border around the plate closely resembles a dish design by the Renaissance painter Battista Franco (1510-1561), the fluid style of painting used throughout the dish is more representative of works by Jan van der Straat (known as Johannes Stradanus in Italy), a court painter to Cosimo I de’ Medici from 1553-1571. Originally from Flanders, Stradanus arrived in Florence in 1546 and worked on commissions for various members of the Medici family throughout his career. He also produced a large number of drawings with hunting scenes for tapestries and engravings, as well as a small number of ceramics. The expressive style and shades of blue employed throughout this dish are also visible on Stradanus’ drawings, and suggest that he may have drawn directly on the dish. The back of the plate is covered in a white glaze with three concentric yellow circles and two raised circles near the rime; in the center, the initials C.D. must belong to the master of the workshop where the dish was produced, possibly in or near Florence. For more on “maiolica”, see 48.1336. (JS)

[Maker's Mark] On the back, between the footring, in blue the letters C D surmounted by a crown and separated by a crooked line which passes through the middle of the crown; [Previous Collection inv. no.] 12