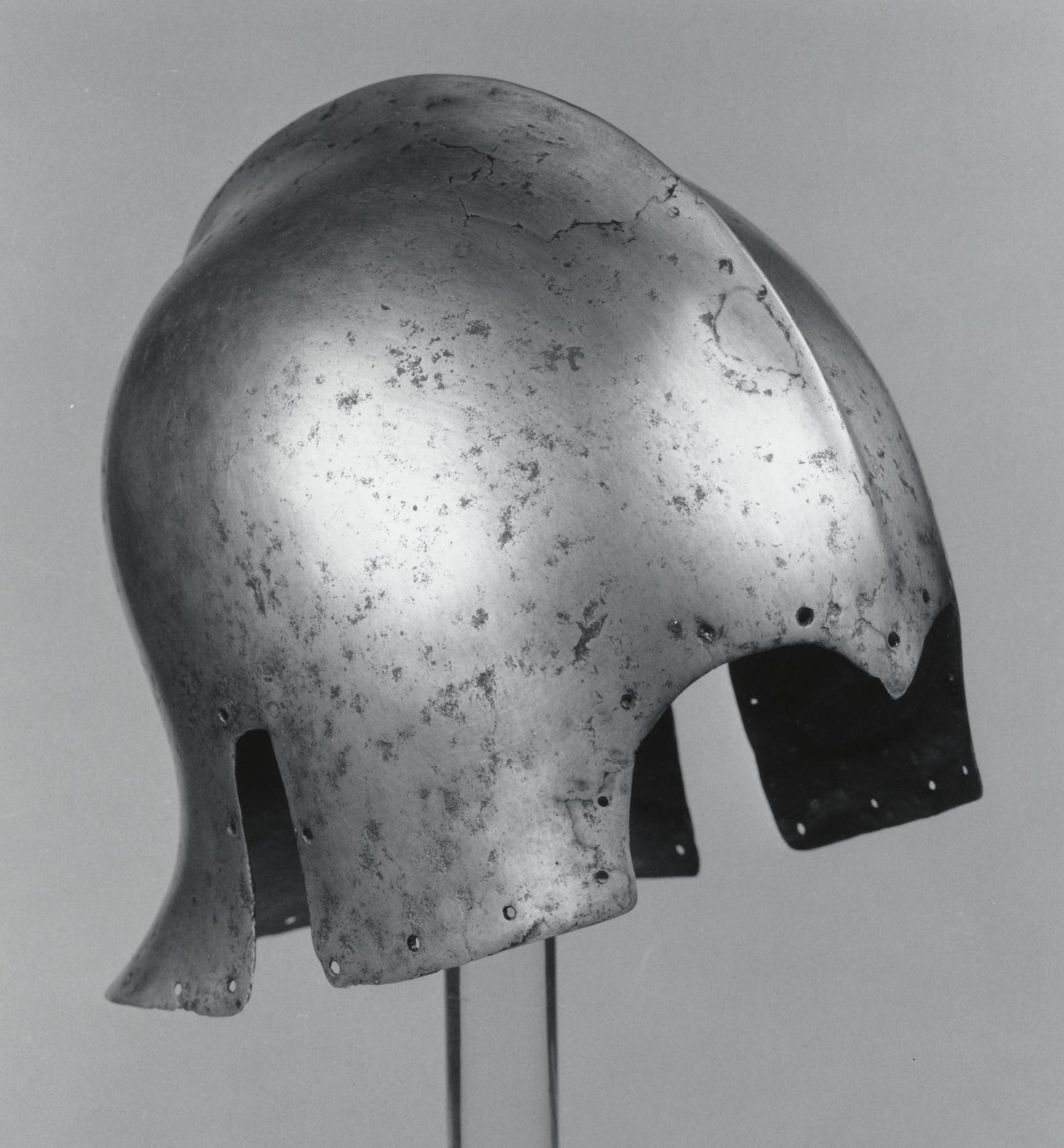 A sallet is a light, semi-open helmet popular in the 15th century. Its rounded skullpiece was sometimes fitted with a visor, although this is not true of those used by archers, who weren't normally involved in close combat. They are distinguished from the even simpler, earlier basinet by their flared tail in back, which would deflect blows aimed at the back of the neck. The holes around the edges were for the attachment of a lining.