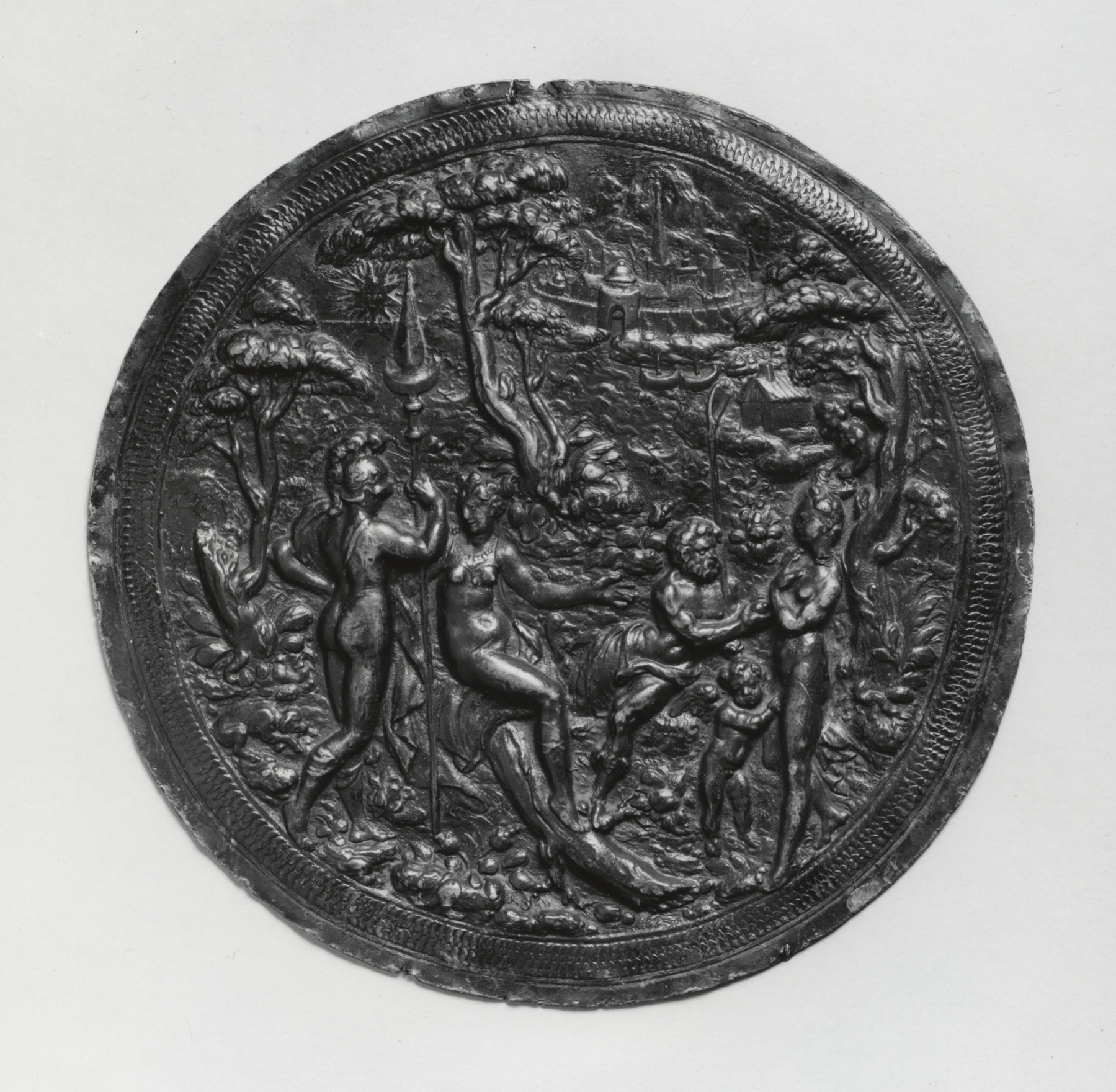 Plaque with the Judgment Of Paris

According to myth, the shepherd Paris (actually, a prince of Troy) was chosen to judge which of three goddesses--Hera (goddess of marriage), Athena (wisdom and the military arts, who wears a helmet), and Aphrodite (love)--was the fairest. They undressed to show their beauty and promised him rewards. Paris chose Aphrodite, who offered him as a wife the most beautiful woman on earth. That was Helen, already married to a Greek chieftain; her abduction by Paris resulted in the Trojan War.

Hans Jamnitzer produced many such round plaques of mythological subjects in bronze and lead. This lead plaque (softer and cheaper than bronze) has been varnished to look like bronze.