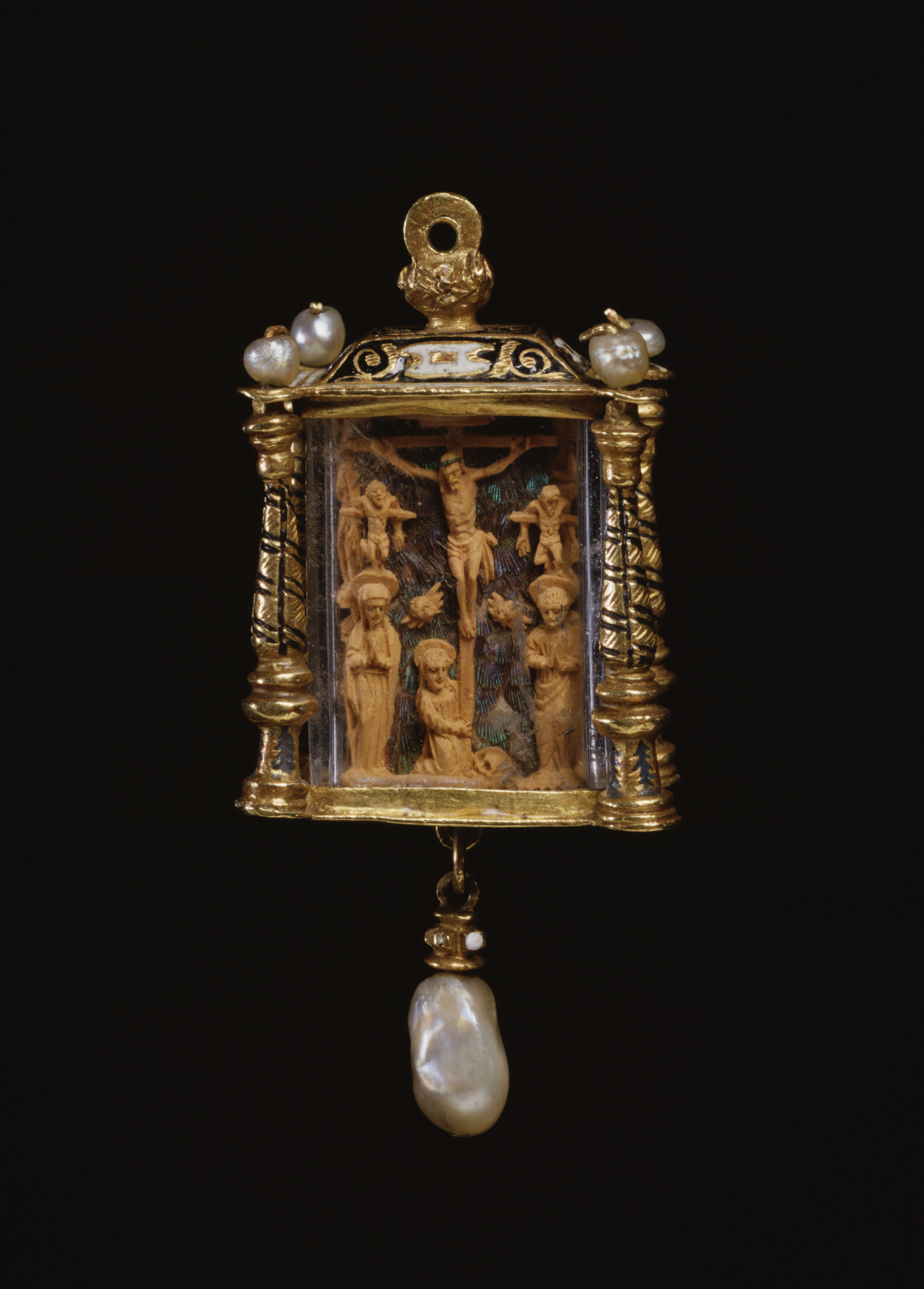 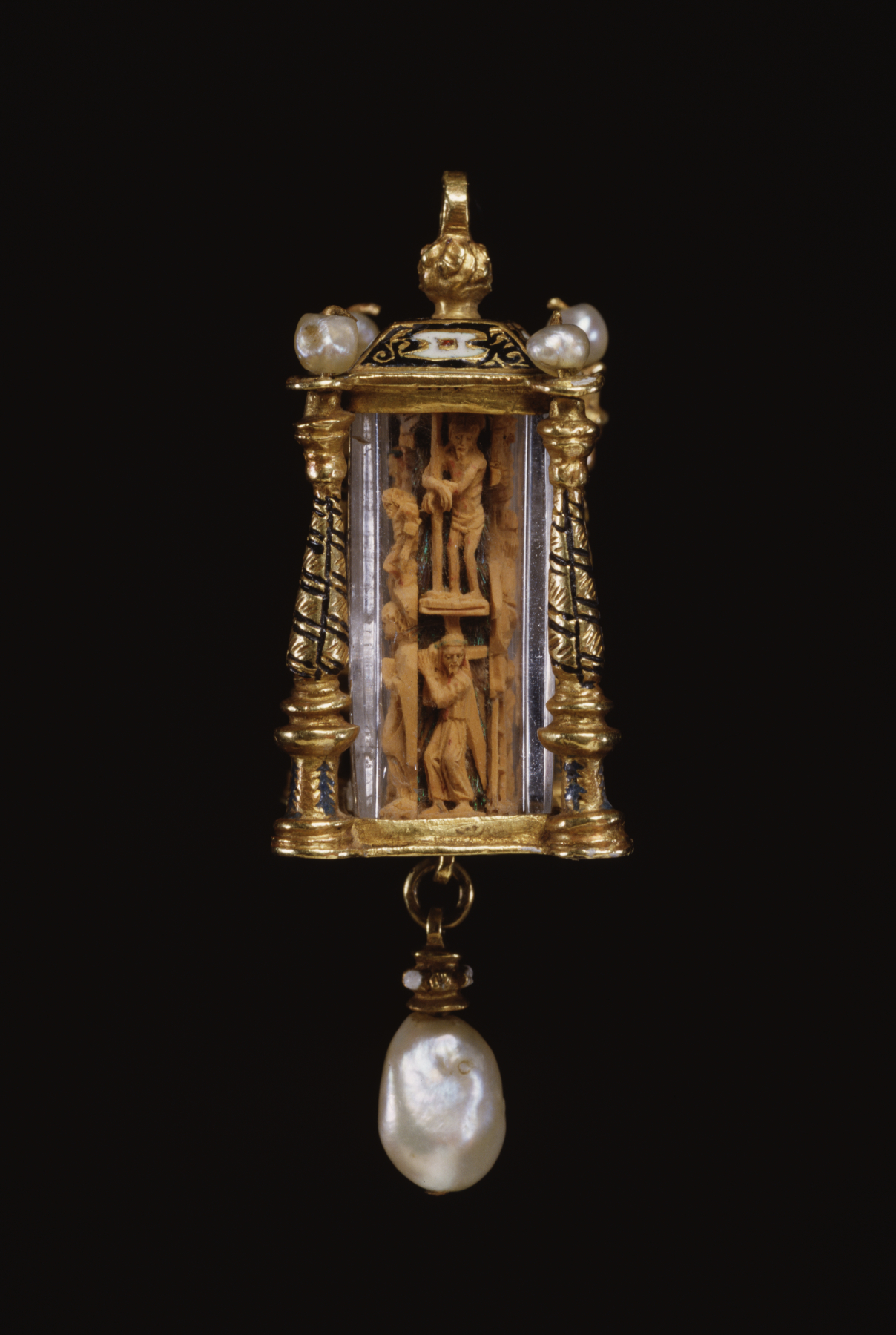 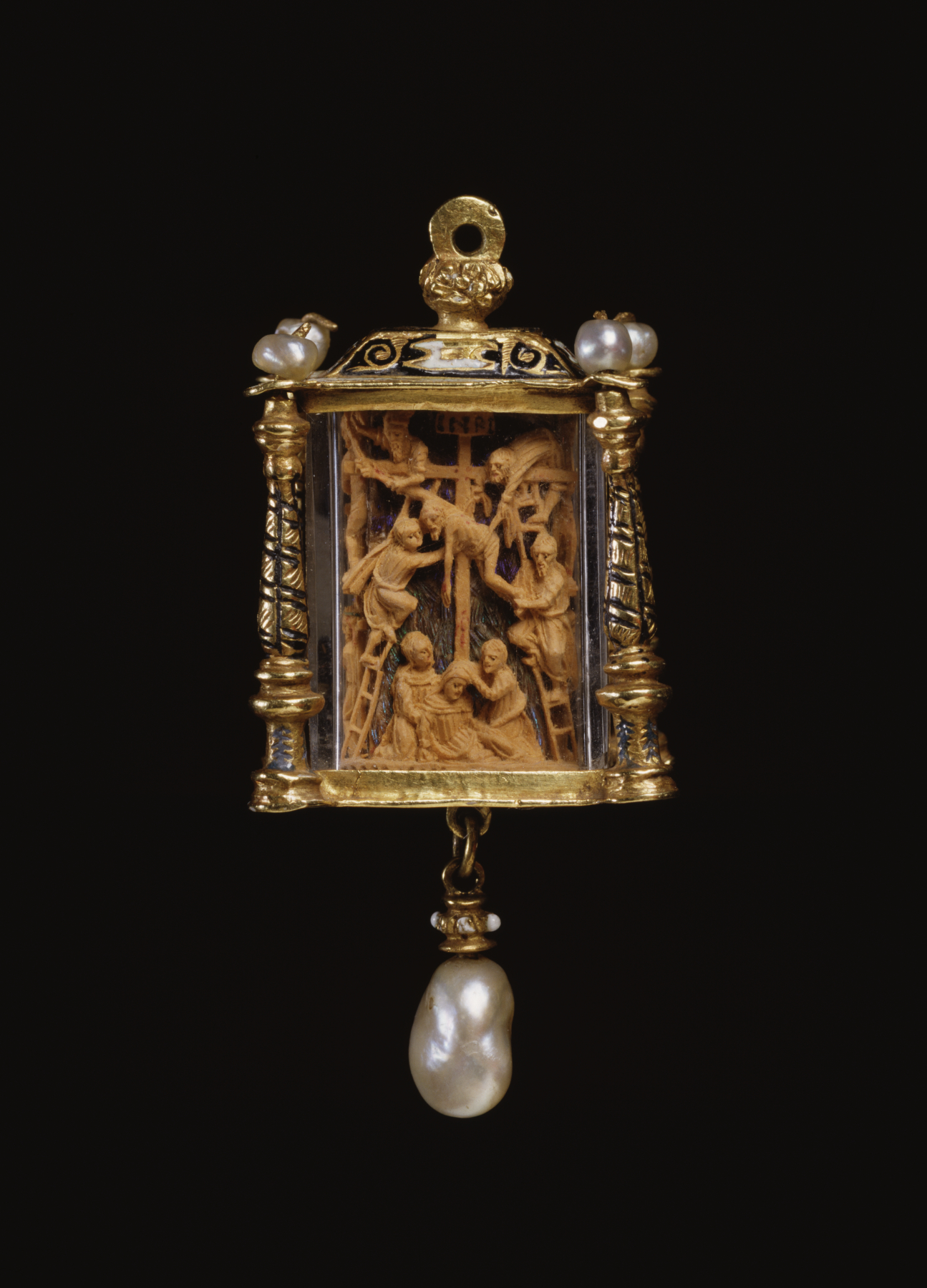 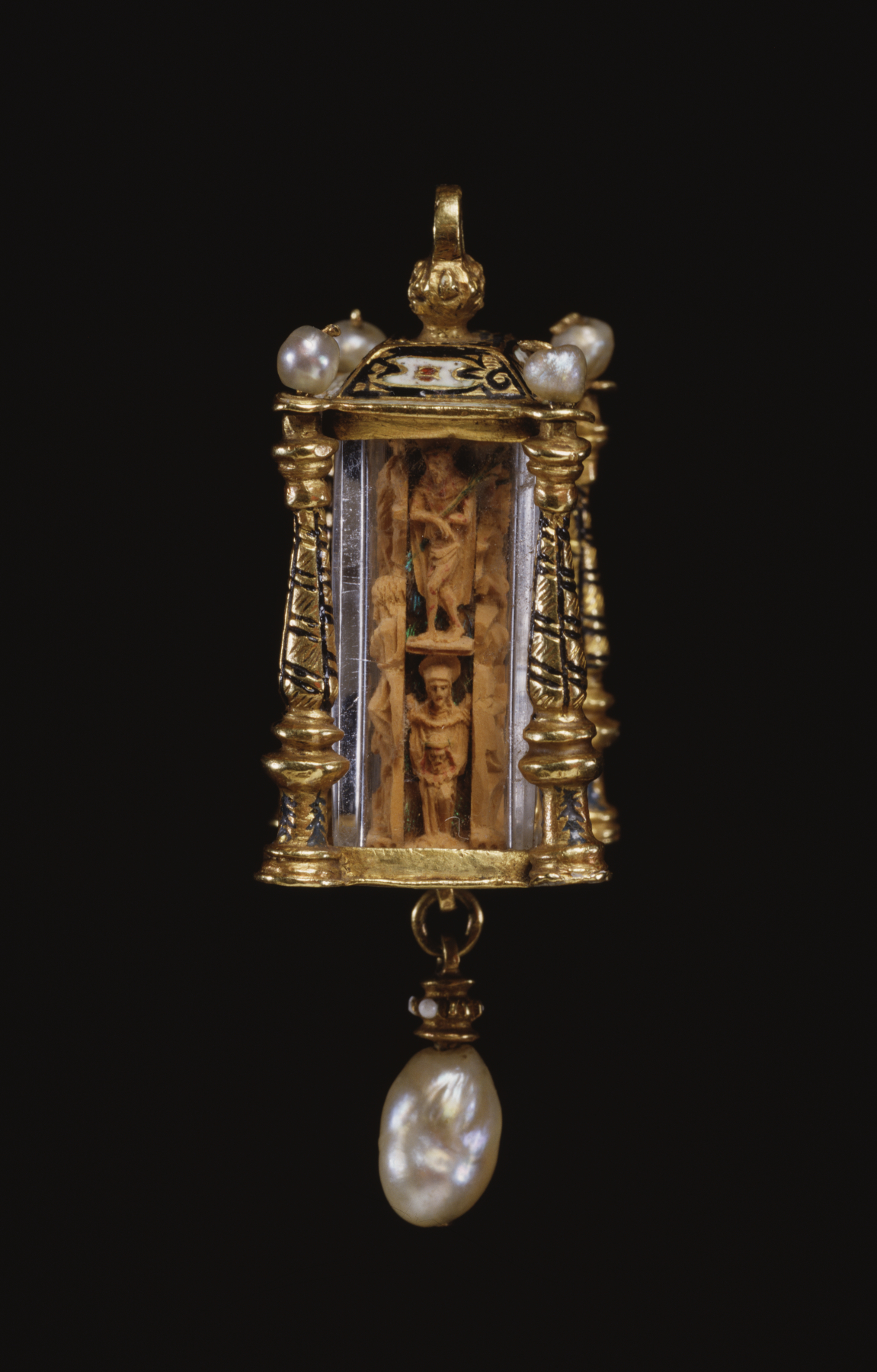 The workmanship and materials of the case are European, while the iridescent blue-to-emerald green hummingbird feathers on the inside are probably Mexican in origin and draw on the striking use of feathers by the Aztec for works of art. There remains a debate as to whether such inclusions of hummingbird feathers were done in Europe, to add an exotic flair, or in Mexico for the European market. While Mexican artists of the 1500s worked in boxwood, indigenous to the Americas as well as to Europe, this type of microcarving of Passion scenes appears to be European. Therefore this lovely pendant is here considered to be a fascinating exemple of a European artist adapting an aesthetic effect developed in the Americas, the not-quite-European aesthetic adding an exotic quality.
The boxwood shrub produces hard, fine-grained wood, permitting precise detail that holds its shape. Indeed the virtuosity needed for such a minute scale is part of the appeal.The earlier traditon of microcarving in europe is best represented in the Walters collections by Prayer Nuts, for example 61.132.