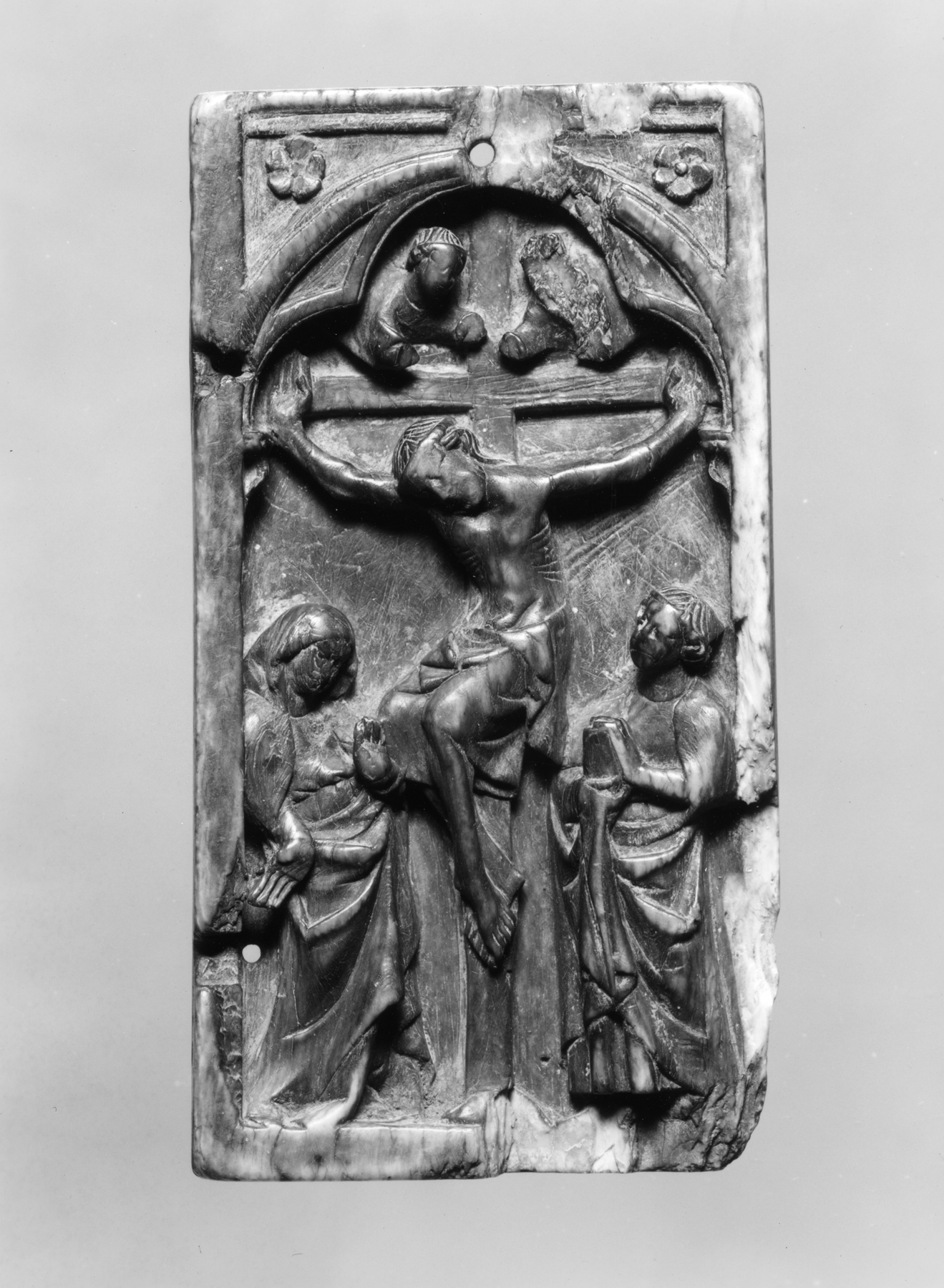 Right Leaf of a Diptych with the Crucifixion

The figures of the Crucified Christ and of Mary and John are placed beneath a single rounded trefoil arch. Two rosettes appear above the arch.

The plaque was stained dark brown. The borders are badly chipped at the top, lower right, and bottom. The head of one of the angels and the hands of both are missing. The faces of the figures are considerably rubbed; that of the Virgin is nearly obliterated.

The panel is thick, its curved back being brought to a rough center line. The missing hinges were thicker and smaller than was usual and were pinned differently from most ivories.

The spirited poses of the figures and the treatment of the drapery give a monumental effect. The unusual details- the rounded trefoil arch, the rosettes, the shape of the piece of ivory, and the rare hinges- suggest a center unrelated to Paris.