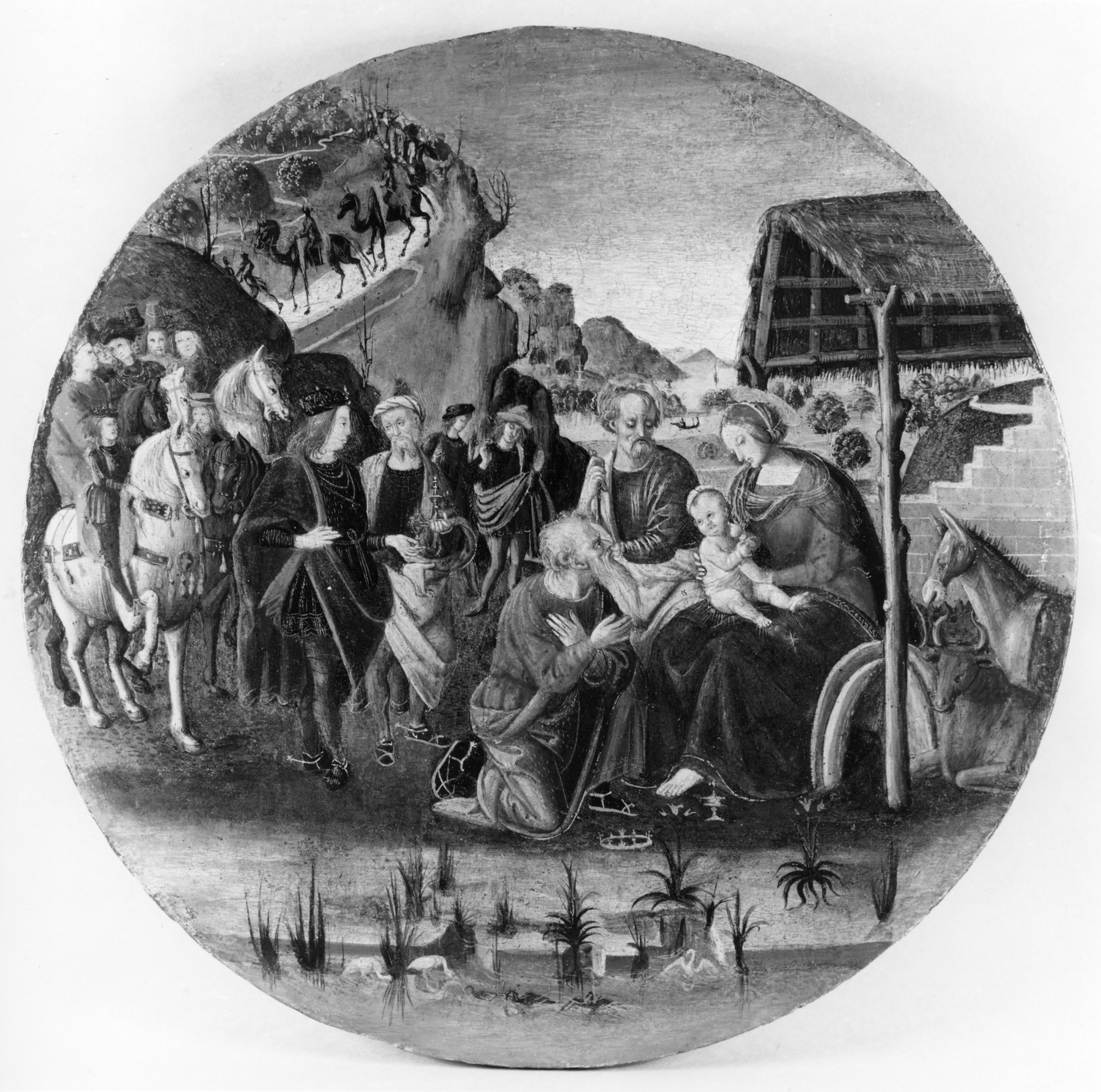 The Adoration of the Magi

This “tondo” (circular painting) depicts the episode from the Bible in which three wise men, or magi, from the "East" follow a bright star to the city of Bethlehem to pay tribute to the newborn Christ. Beneath the stable at the right is the Holy Family, represented much larger than the rest of the figures in order to emphasize their importance. The eldest magus kneels before the Christ Child with his arms reverently crossed over his chest; behind him are the two younger magi as well as an extensive cavalcade that continues into the distance over a winding hillside path.

Tondi were a common decoration in the domestic interiors of Renaissance Italy. They were usually displayed in bedrooms, where they were hung high on the wall. This example is unusually small, suggesting it was intended to be viewed from close up so that its miniature details—such as the gold flourishes in the trees or the lively foreground scene of water birds frolicking in a pond—could be carefully appreciated. Attributed to Giannicola di Paolo, its planar composition is based on a popular work by his famous teacher, Pietro Perugino (ca. 1450-1523).