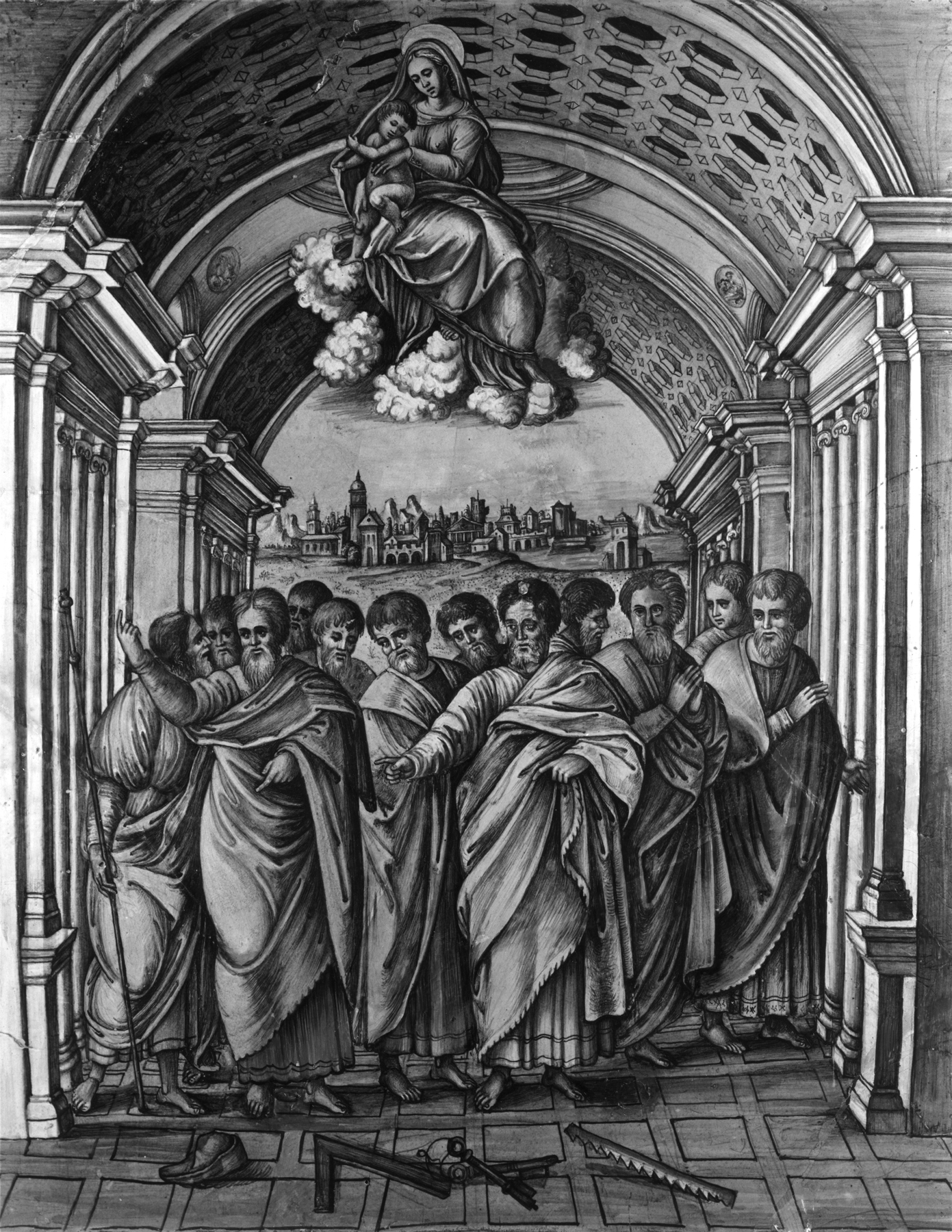 Plaque with the Virgin and Child and the Twelve Apostles

This plaque depicts the Virgin and Child floating on a cloud above twelve apostles. The Virgin and Child are derived from Raphael’s (1483-1520) "Madonna di Foligno” (1511-1512), which was made popular through later engravings by Marcantonio Raimondi (ca. 1470/1482-1527/1534). Some of the apostles below can be identified by their attributes. Saint James holds a pilgrim’s staff, and a pilgrim’s hat lies in front of him. Other items shown on the floor include a carpenter’s square, identifying Saint Thomas, as well as keys and a saw, attributes of Saints Peter and Simon respectively. The prominence of these apostles may indicate that they were of particular importance to the patron. The symmetrical composition set within a classical arch and on a persepctivally consistent floor has a composed quality that is unusual for maiolica ware at this period.

This plaque has been attributed to various artists, including the Assumption Painter and the Casa Pirota workshop in Faenza. It is painted in blue, copper-green, ochre, yellow, dark red, blue-black and opaque white; the back is unglazed. To view more maiolica wares by the Casa Pirota workshop, click on the name in the creator field; for additional information on “maiolica”, see 48.1336.