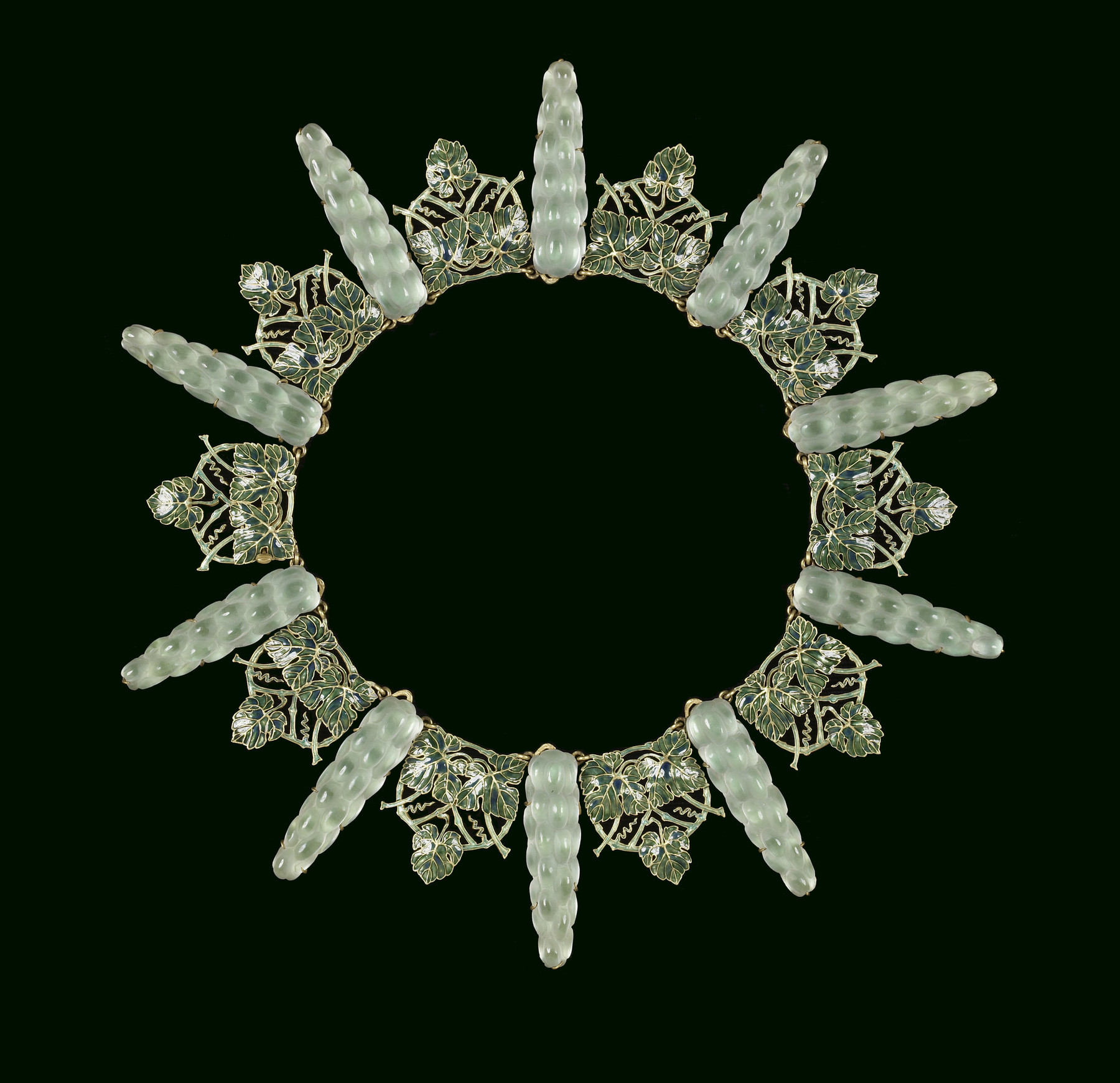 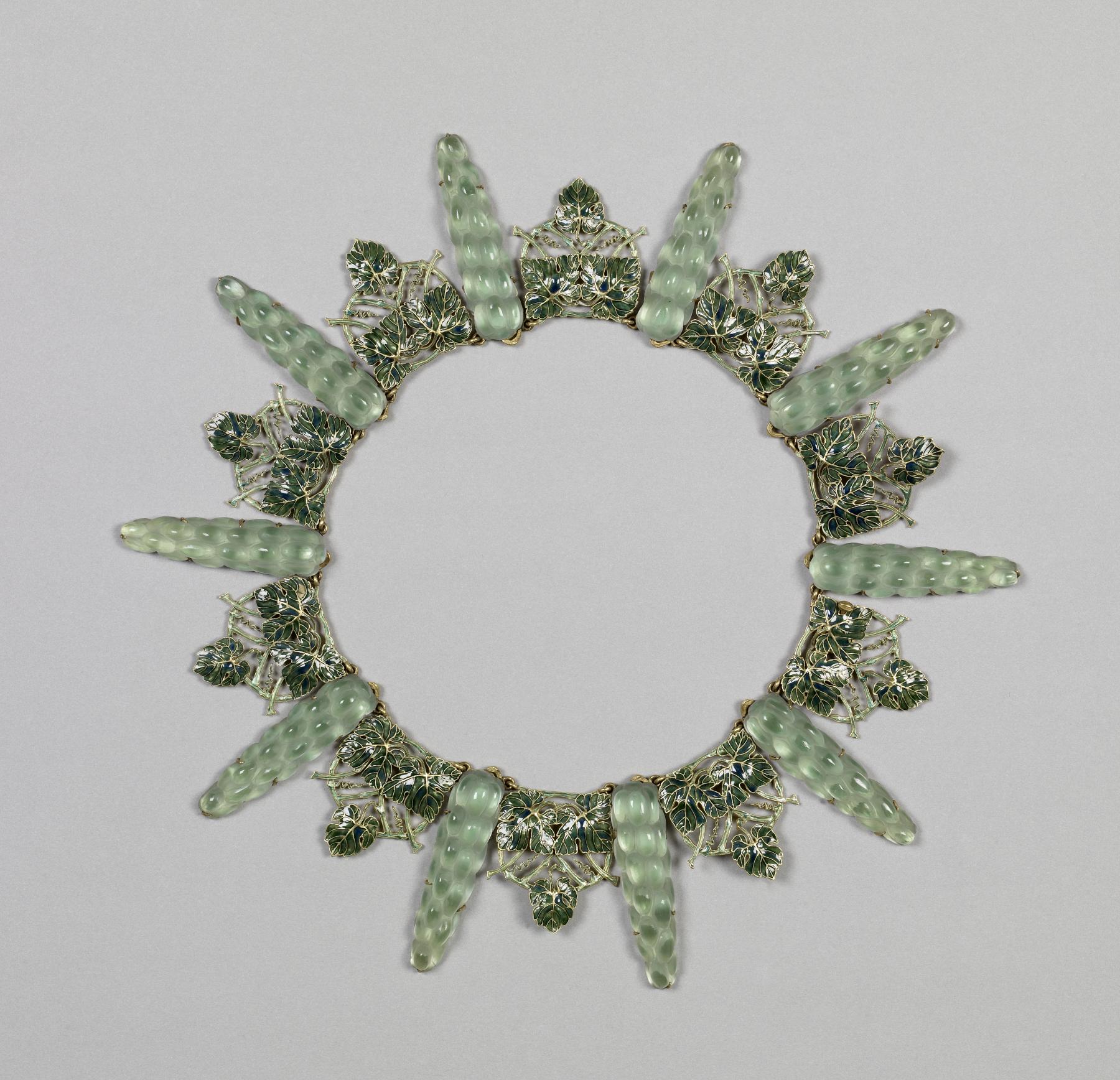 René Lalique revolutionized jewelry design by combining precious and non-precious materials selected according to their aesthetic appeal. By 1904, the year that he exhibited this necklace at the Louisiana Purchase Exposition in St. Louis, Missouri, Lalique had progressed beyond Art Nouveau, the movement with which he was originally associated. He began emphasizing compositions with symmetrical components in a style that would become fully manifested in the designs he created for molded glass several years later.

In this necklace stylized elongated clusters of grapes alternate with leaf and vine formations in gold with green cloisonné enamel. The ten grape clusters are of molded, translucent glass and are attached by prongs to green enameled grounds.