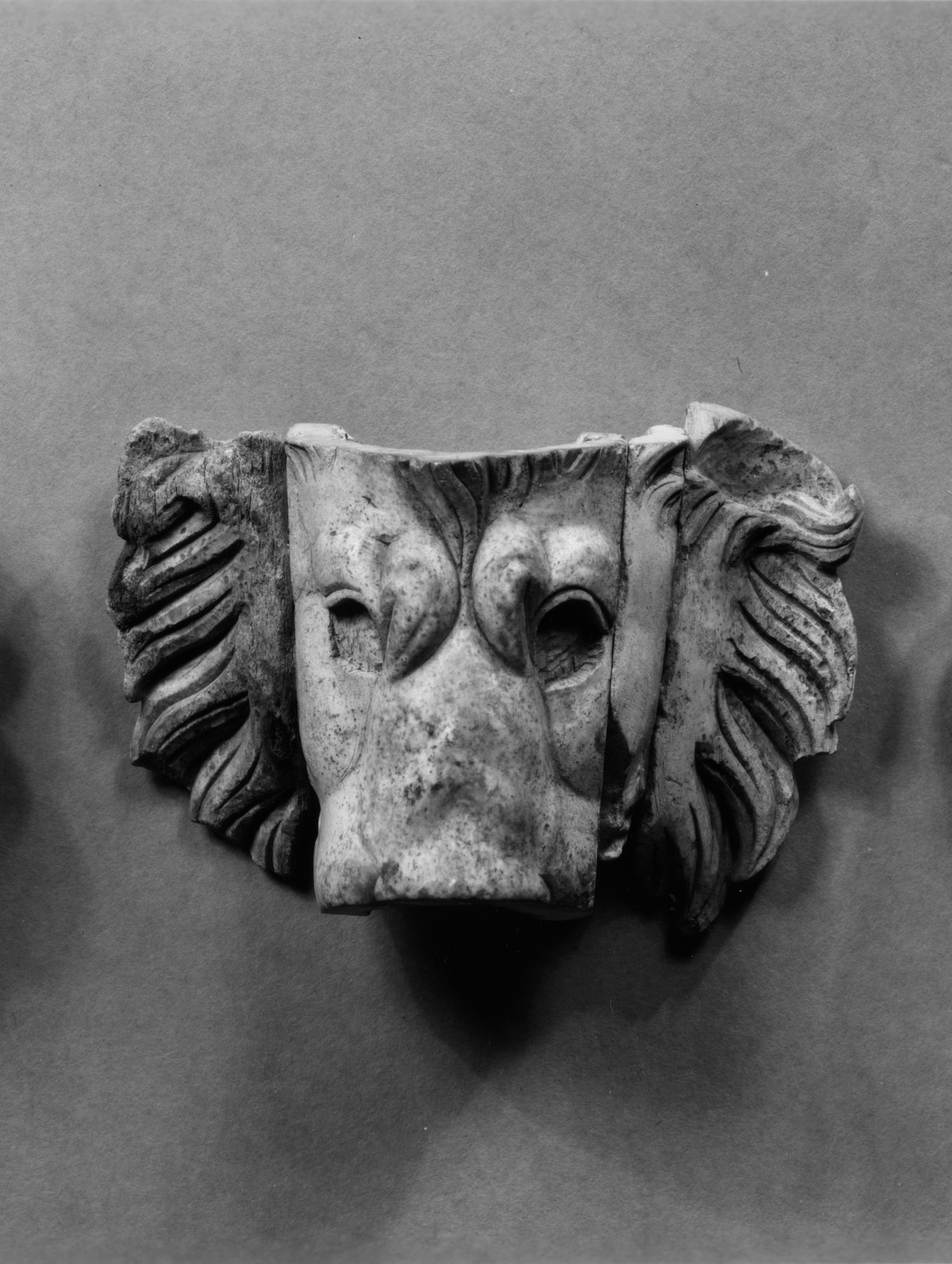 Head of a Lion

The lion's face is from a couch. Four pieces of bone form the lion's face; missing are pieces that would have completed the mouth, the chin, and the top of the head. The eyes were once inlaid with colored glass.

More complete couches, found in Roman tombs in Italy show that lions' faces like this one decorated the frames of couches. Bone decorations of this type from funeral couches placed in tombs, but the couches were undoubtedly used also in real life.