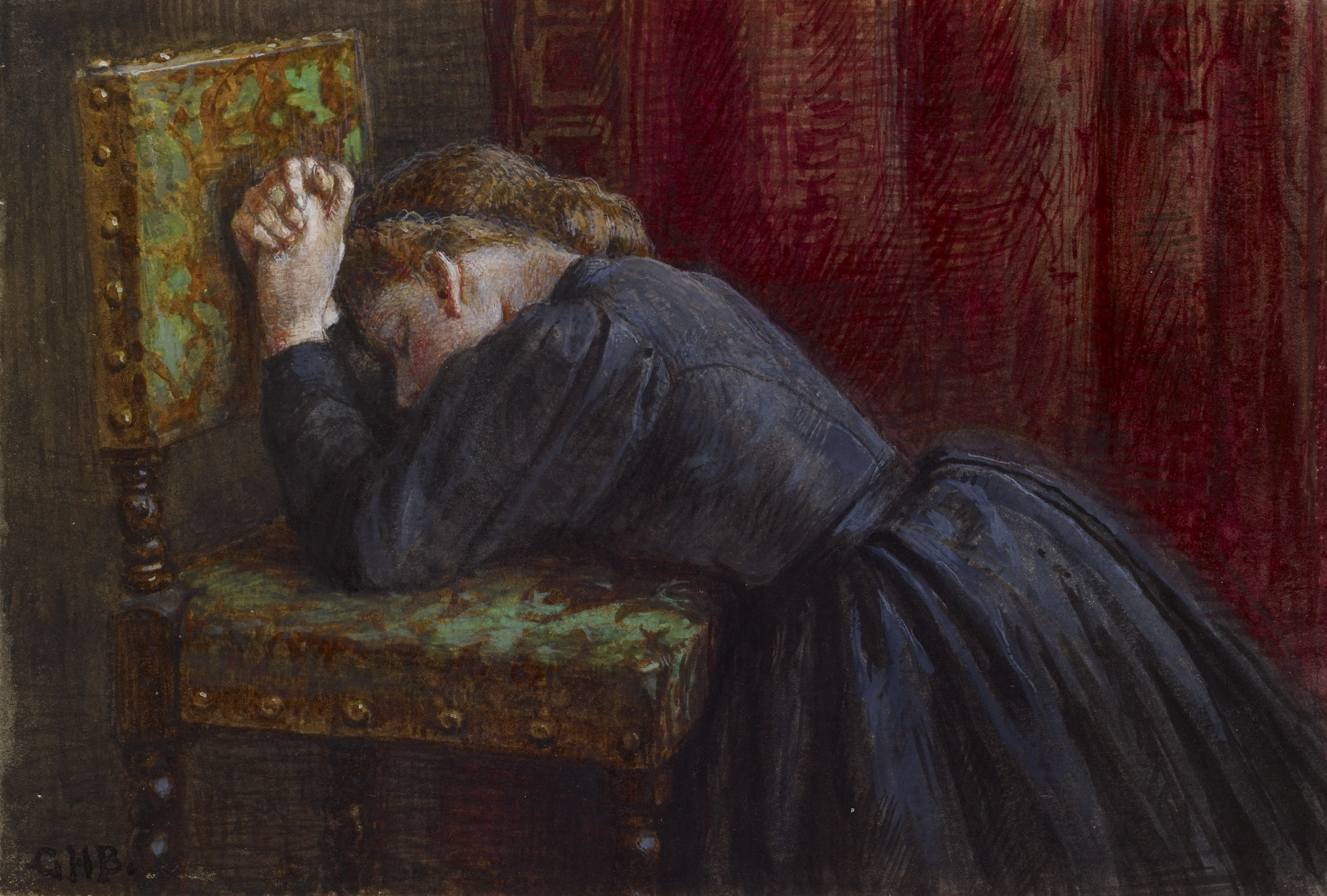 Boughton had trained in France with Edouard Frère in the 1860s, although he had spent his early life in America.This watercolor shows a woman, seemingly a widow, deep in prayer. Boughton, who first met William T. Walters in the 1860s was a popular artist with the Baltimore collector and his son Henry. The museum owns seven works, including two oils, by the artist.