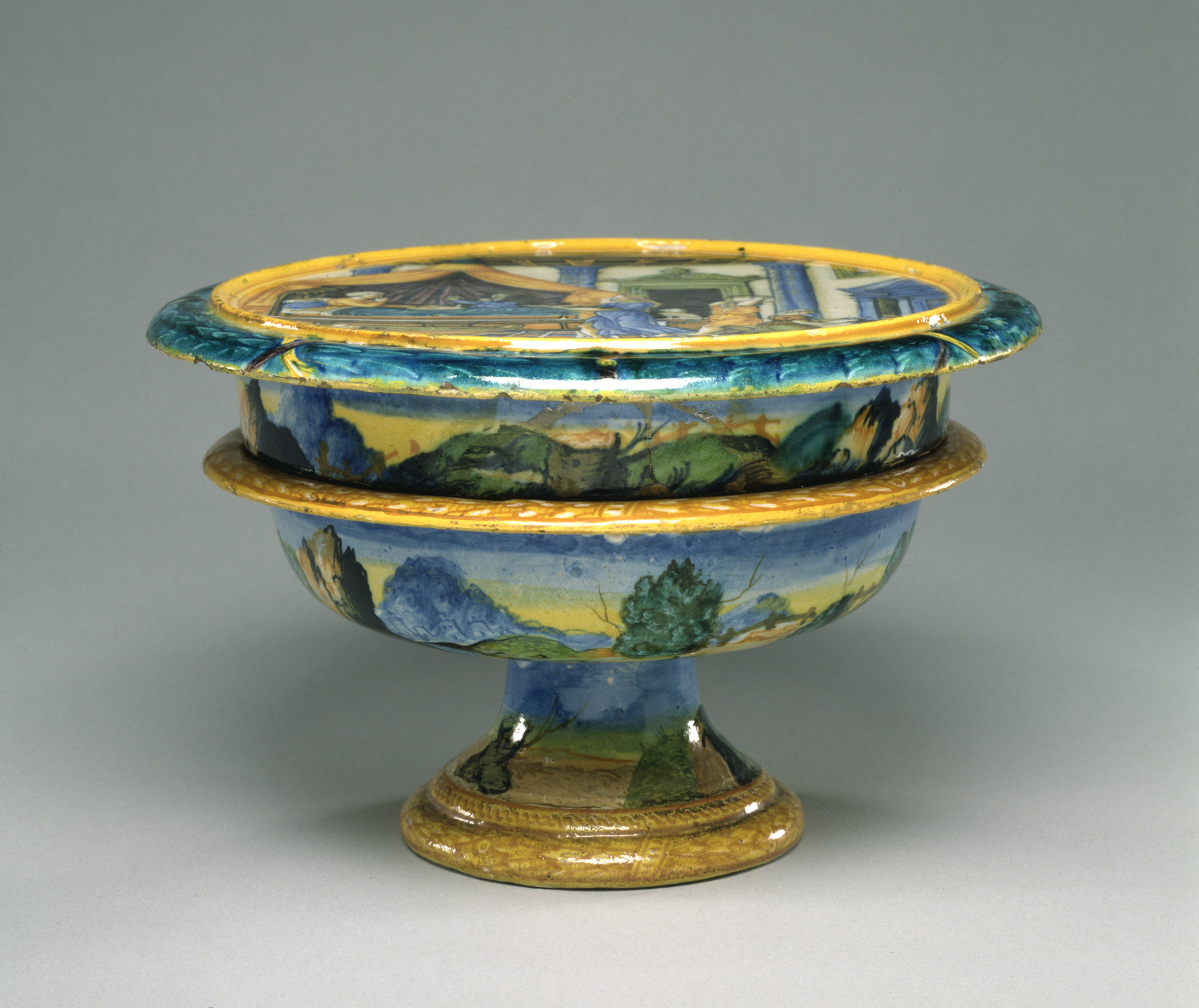 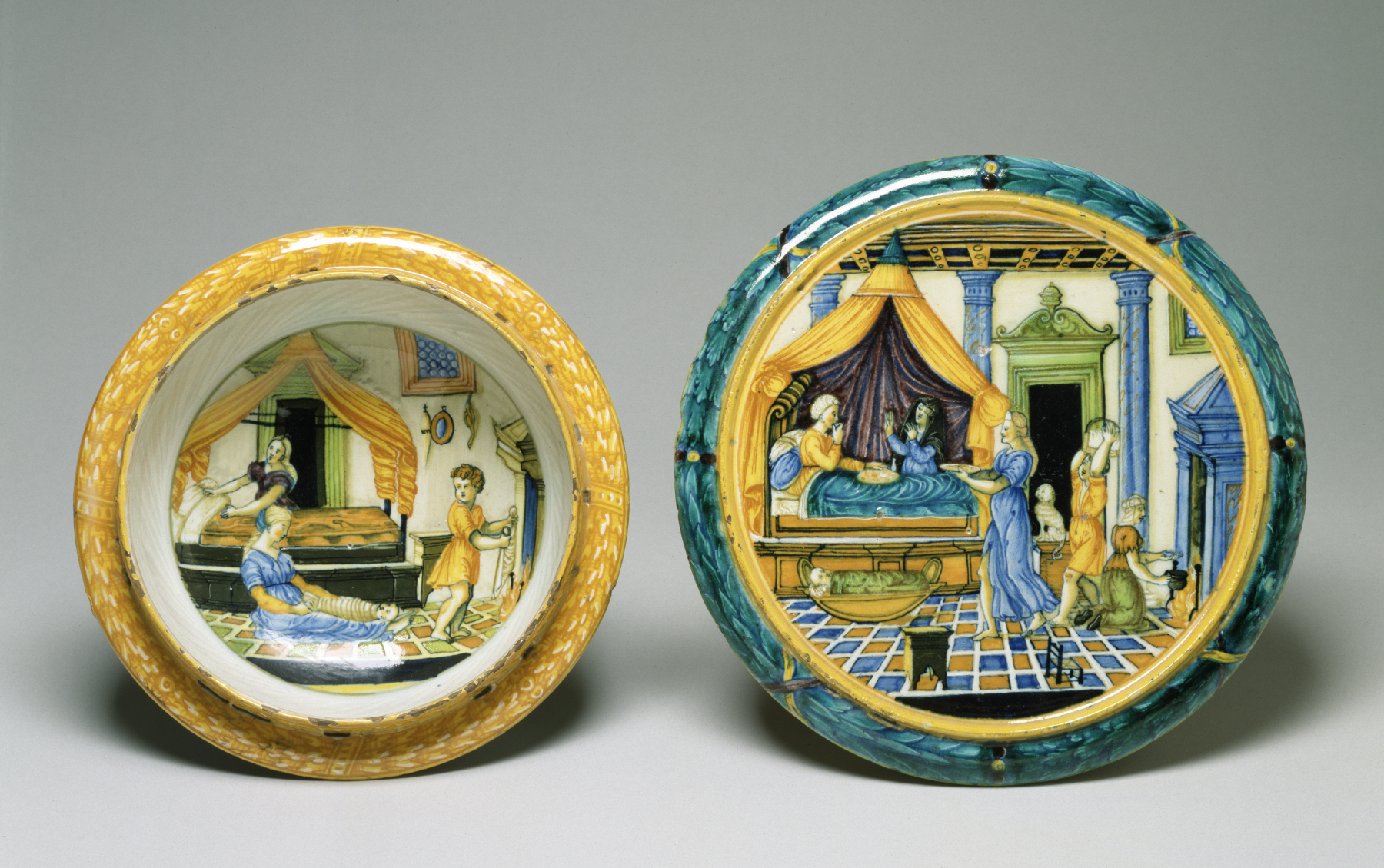 Soup Bowl and Tray from a Childbirth Set

This soup bowl and tray were part of a multi-vessel stacking set that was given to a woman at childbirth. The dishes celebrated the birth of a child—an important occasion that heavily influenced a woman’s status in the family—as well as the health of the new mother. The exteriors of the bowl and tray are painted with a continuous landscape of fields, hills, and trees, making the assembled set a cohesive whole, while the interior of the bowl and the top of the tray are more personal. They each depict a bedchamber following childbirth, and only the new mother would have seen these interior scenes as she used the wares for food and drink during her confinement. In fact, the top of the tray illustrates a woman eating from similar objects as those assembled here.

The artist of the pair has not yet been identified; however it is likely that he was influenced by the circle of Francesco Xanto Avelli (1487-1542), a prominent maiolica painter from Urbino. The vibrant blues, oranges, greens, and yellows used throughout this set are characteristic of wares from the Metauro River Valley near Urbino, especially from Castel Durante, an early Renaissance center of maiolica production. For more information on “maiolica” see 48.1336.