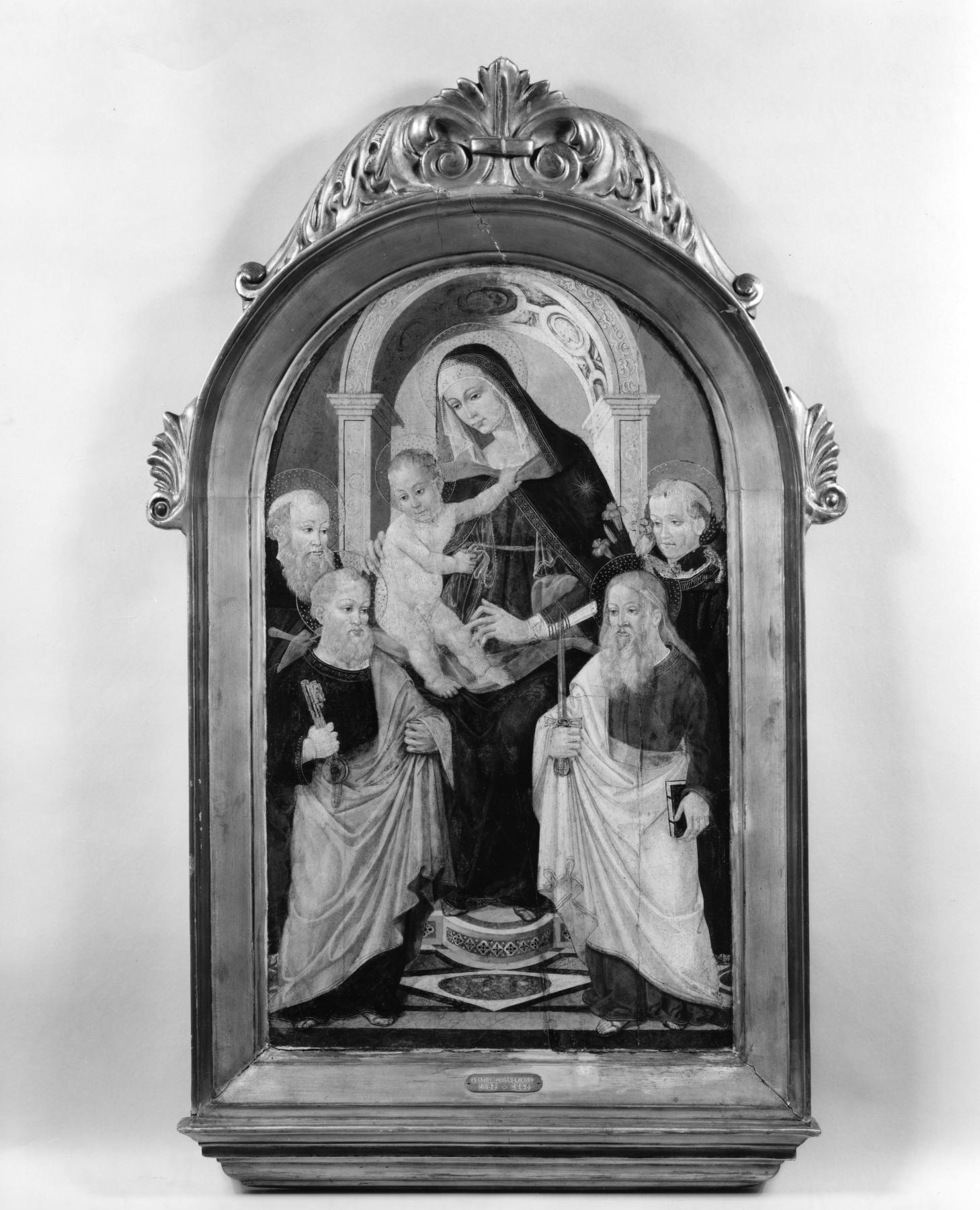 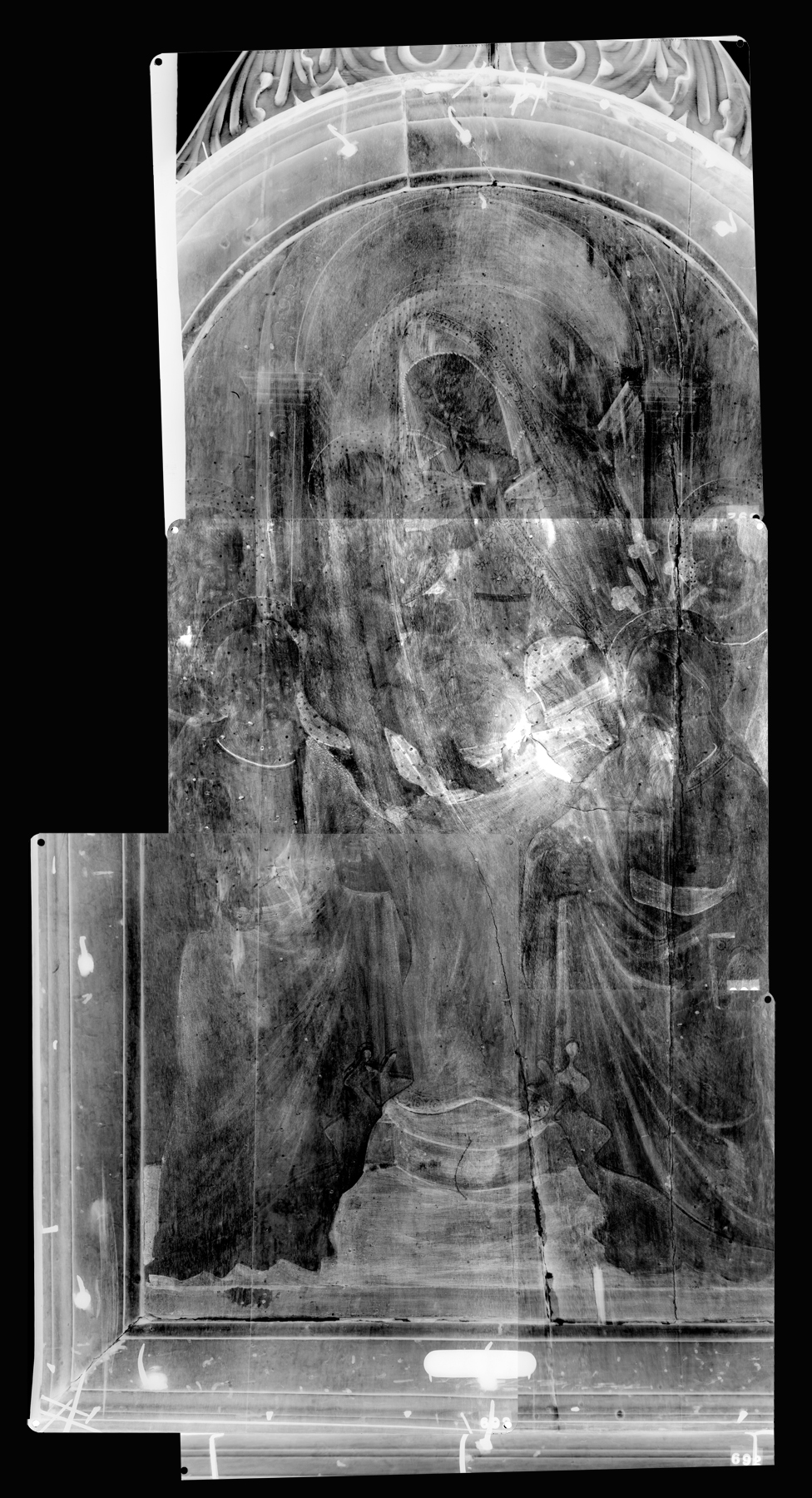 Madonna and Child with Four Saints

Though a small object intended for private devotion in a domestic interior, this painting conveys a great sense of monumentality. The composition is dominated by the Madonna, seated on a marble throne and towering over the saints around her. The Christ Child is seated on her lap and appears to steady himself on the Madonna's cloak. Saint Peter, holding the keys to heaven, and Saint Paul, holding the sword with which he was beheaded, stand in rigid poses before the throne, as if guarding the Madonna and Child like a pair of soldiers. Behind them are Saints Anthony Abbot (at the left) with his customary T-shaped staff, and a middle-aged male saint (at the right) whose identity is impossible to determine since he doesn't carry any distinctive attributes. The artist is unknown but the painting's style—reminiscent of Domenico Ghirlandaio (1449-94) and Filippino Lippi (1457-1504)—suggests it produced in Florence in the first quarter of the 16th century.