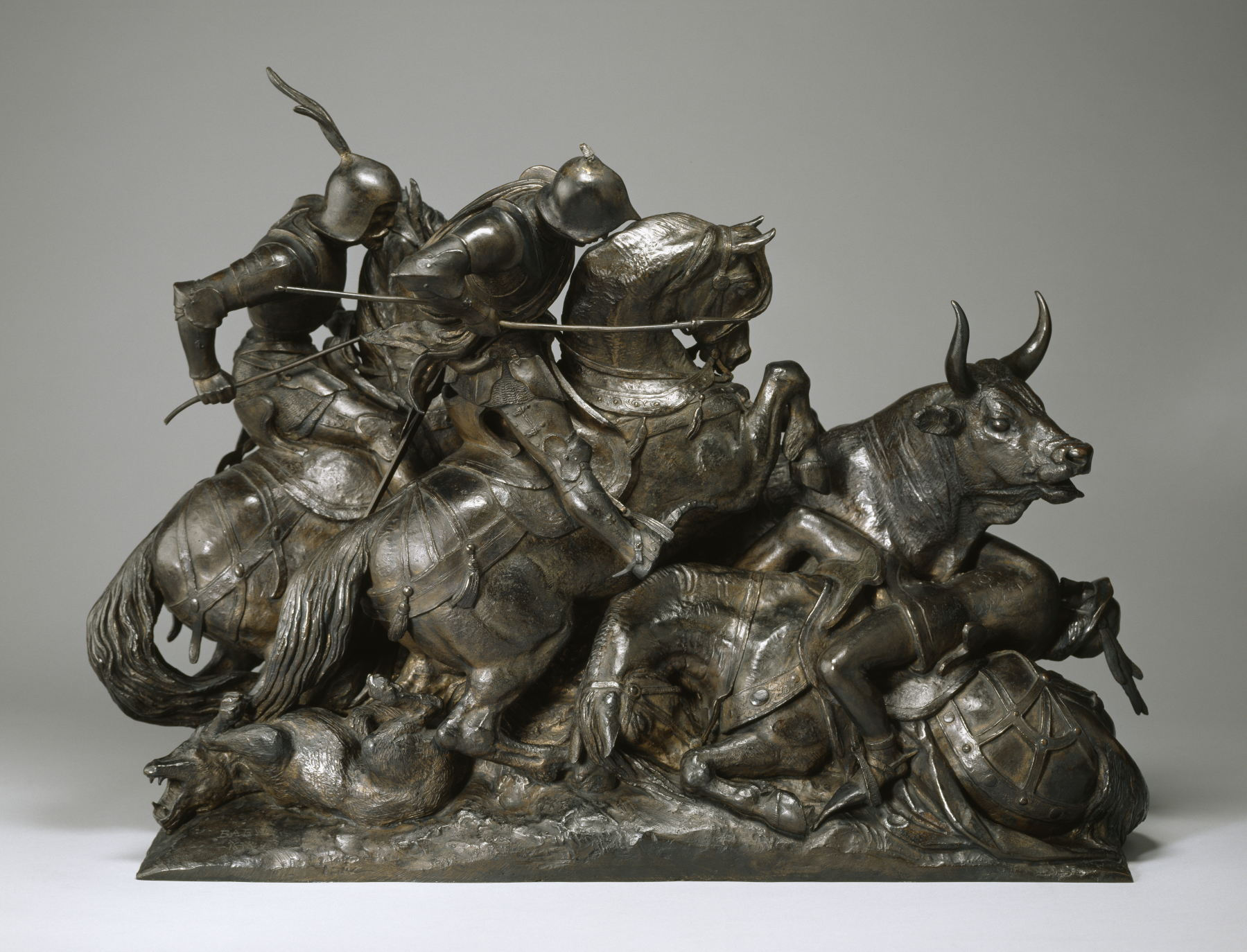 Sixteenth-century Spanish hunters armed with spears and accompanied by dogs attack a wild bull. It is a dangerous pursuit, and one of the men has fallen backward over his collapsed horse. The dogs are in peril as well. Barye had access to the duke of Orléans's extensive library containing books devoted to history and travel. It was from such sources that he might have derived inspiration for his subjects. This unique lost-wax cast originally was placed next to the plinth carrying the central "Tiger Hunt" (Walters 27.176) in the Duke d'Orleans' celebrated table centre-piece.