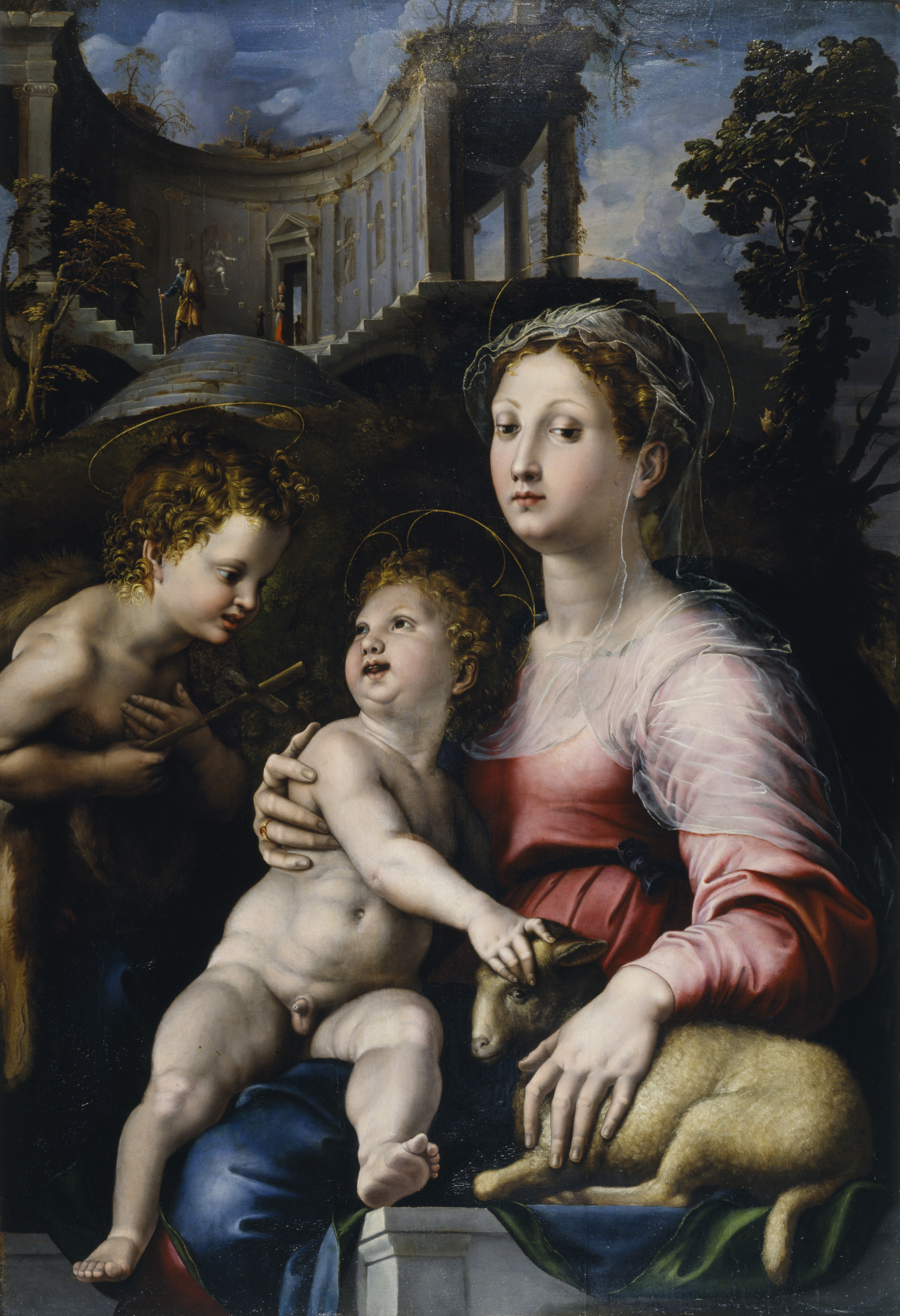 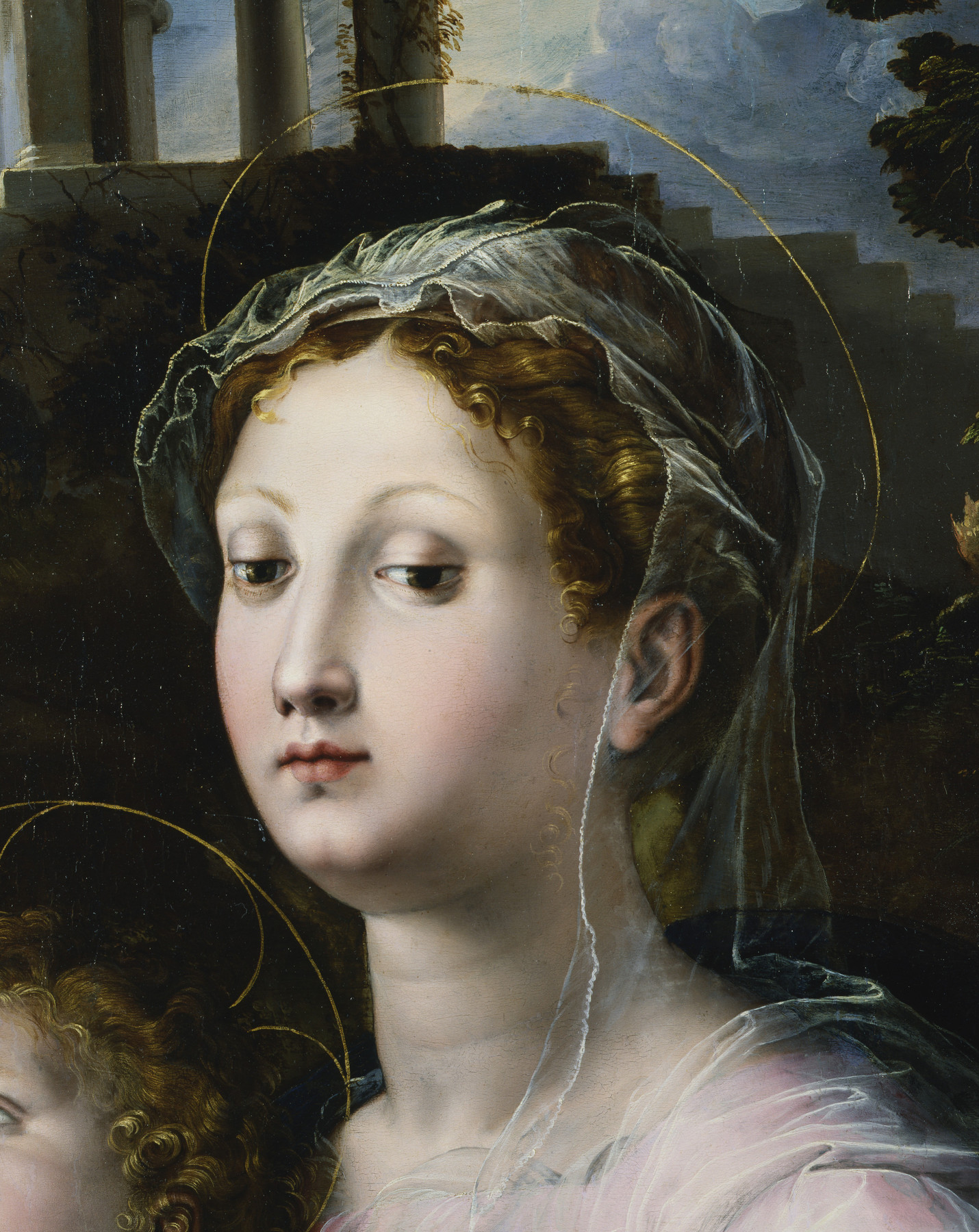 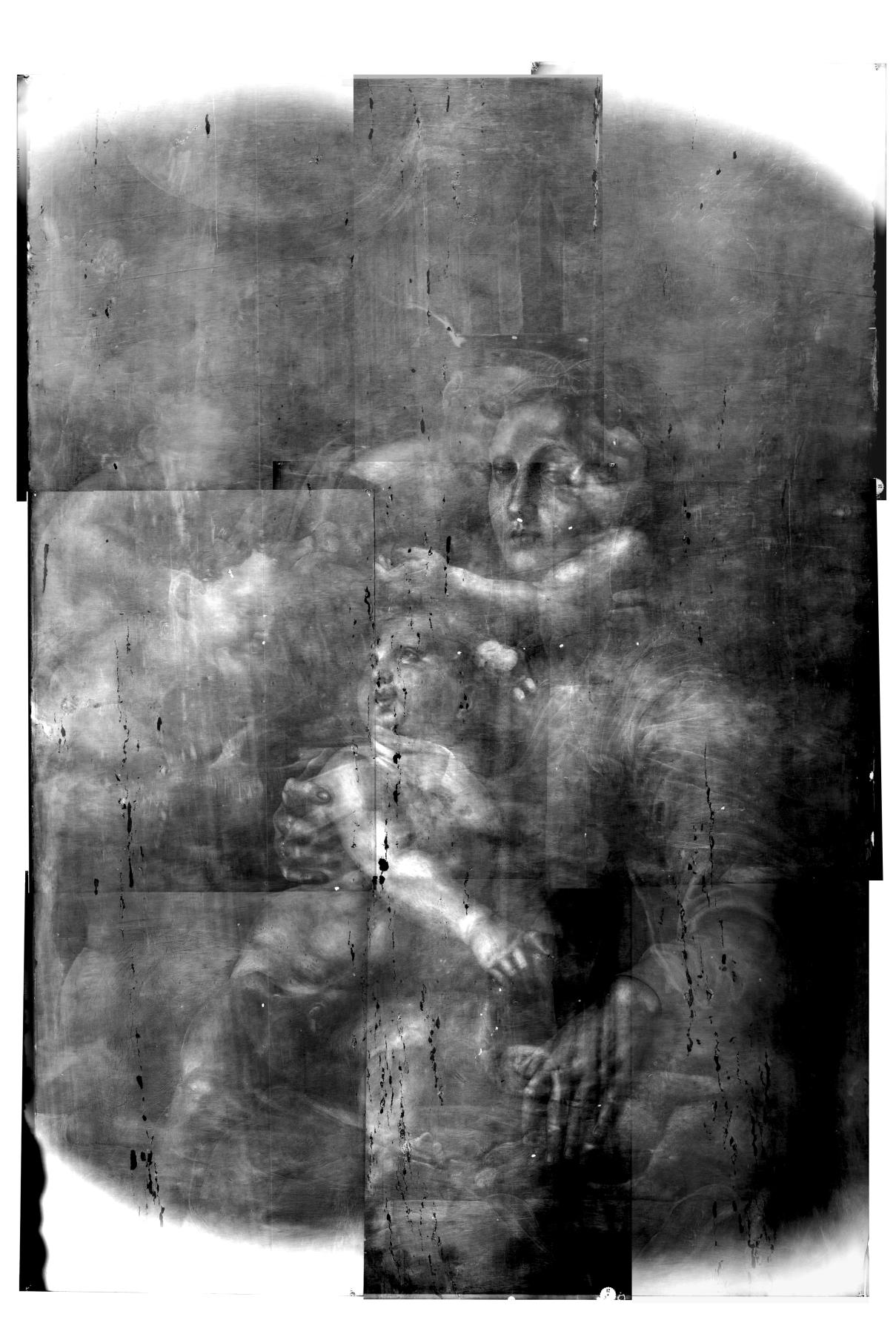 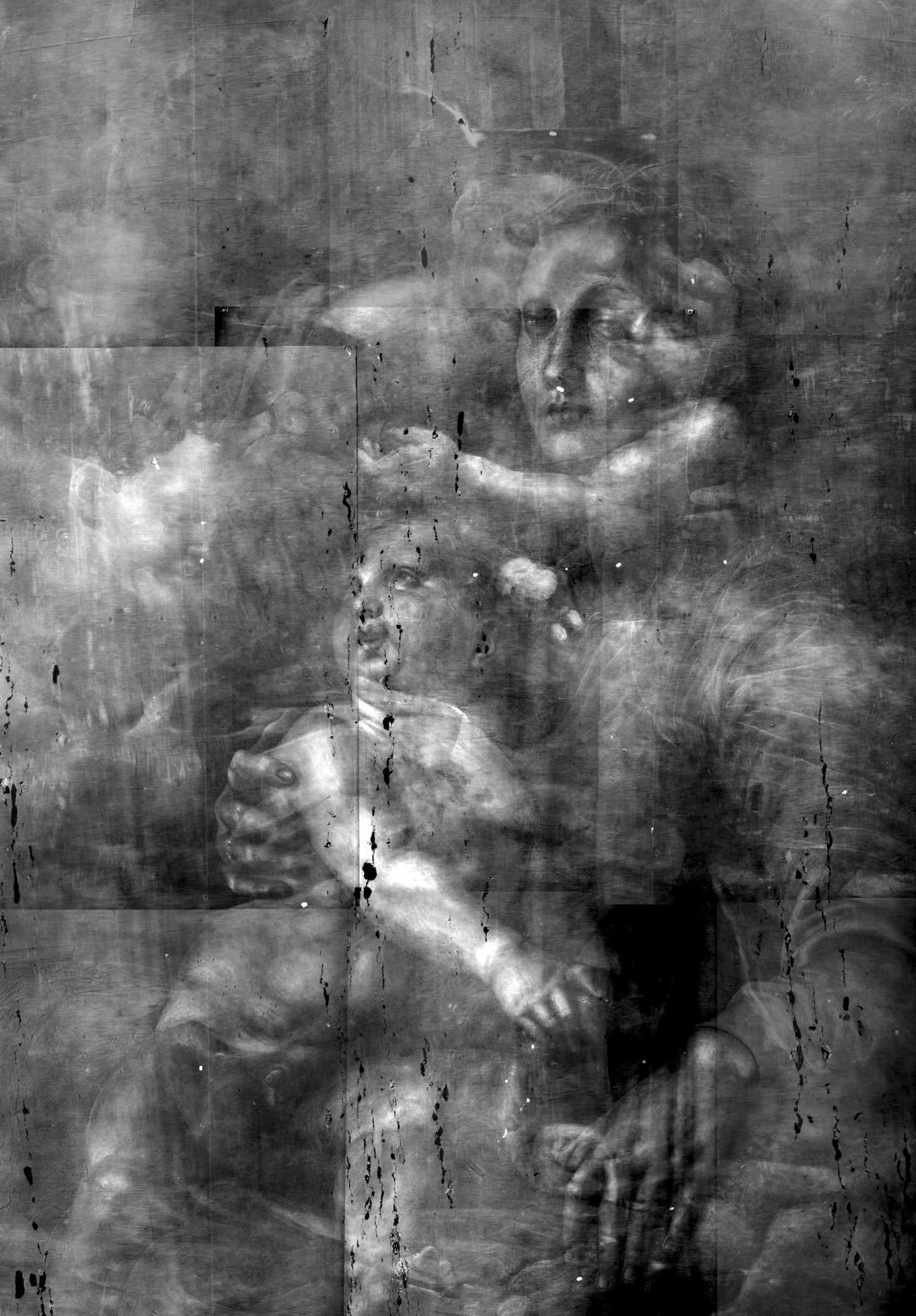 The Madonna and Child with Saint John the Baptist

Both Mary and the Christ Child rest their hands on the Lamb of God, a symbol of Jesus' future sacrifice. St. John the Baptist, who stares reverently at Christ, is dressed in camel's skin in reference to his future ministry in the desert. Jesus' nakedness reminds us of his humanity.

Giulio Romano completed this painting after he set up his own workshop in Rome after the death of his teacher Raphael (1483-1520). Although he initially followed the style of his famous master, he made his figures even more sculptural and gracefully elongated. The building in the background is based on the Cortile del Belvedere in the Vatican gardens in Rome designed by the great architect Donato Bramante (1444-1514).