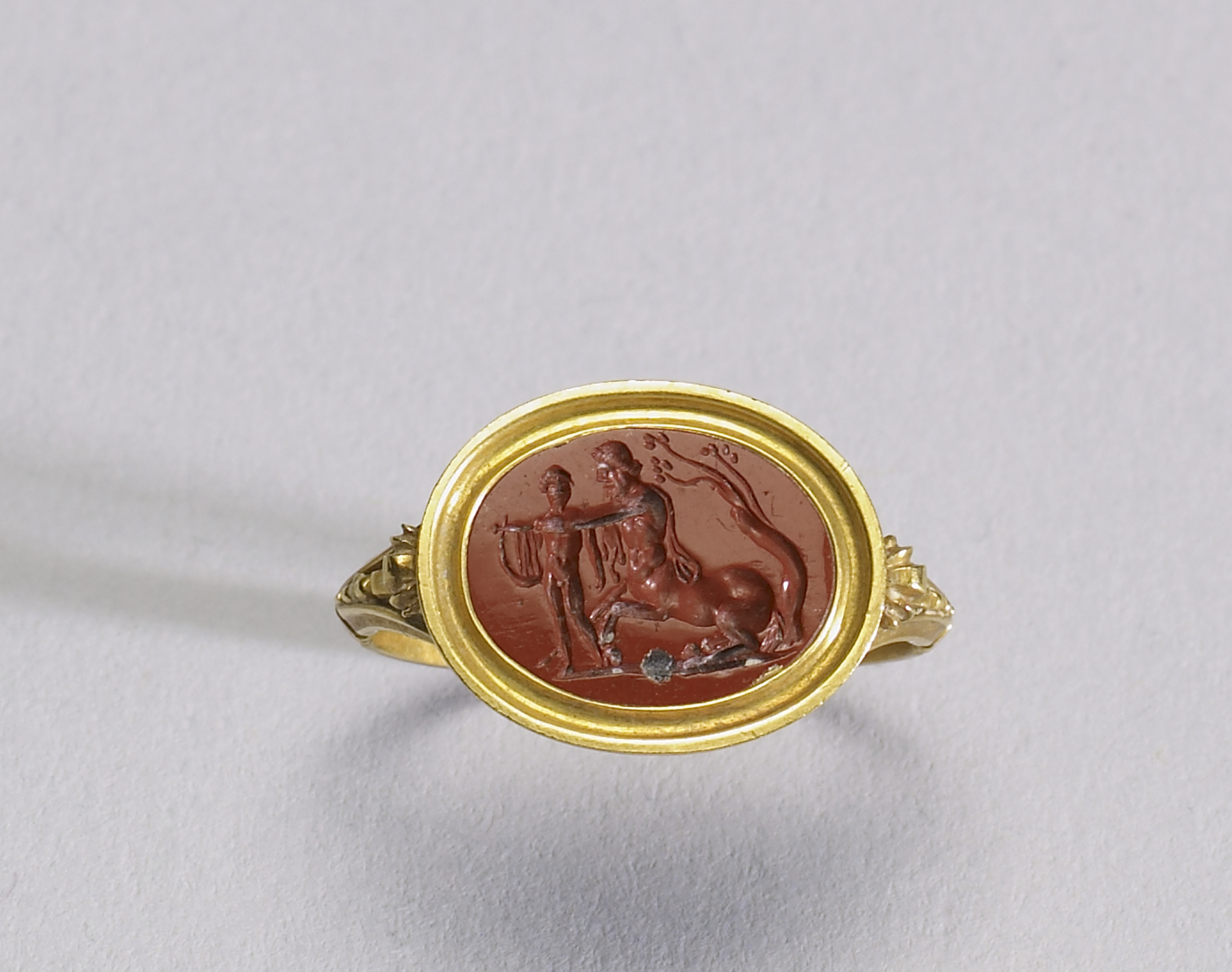 Intaglio with Achilles and Cheiron Set in a Ring

This intaglio depicts the centaur Cheiron teaching Achilles how to play the lyre. He has a long beard and hair arranged in a thick roll around his head. A loose piece of cloth or animal skin hangs over his right shoulder. Achilles, on the left, holds a lyre as Cheiron, on the right, kneels and reaches out to him. To the right is a tree.
The musical education of Achilles by Cheiron is a particularly popular theme on gems. The first literary reference to Cheiron’s instruction of Achilles in music is from Ovid (Ars Amatoria 1.11), but Achilles' lyre-playing is already mentioned in the Iliad (9.186-89).