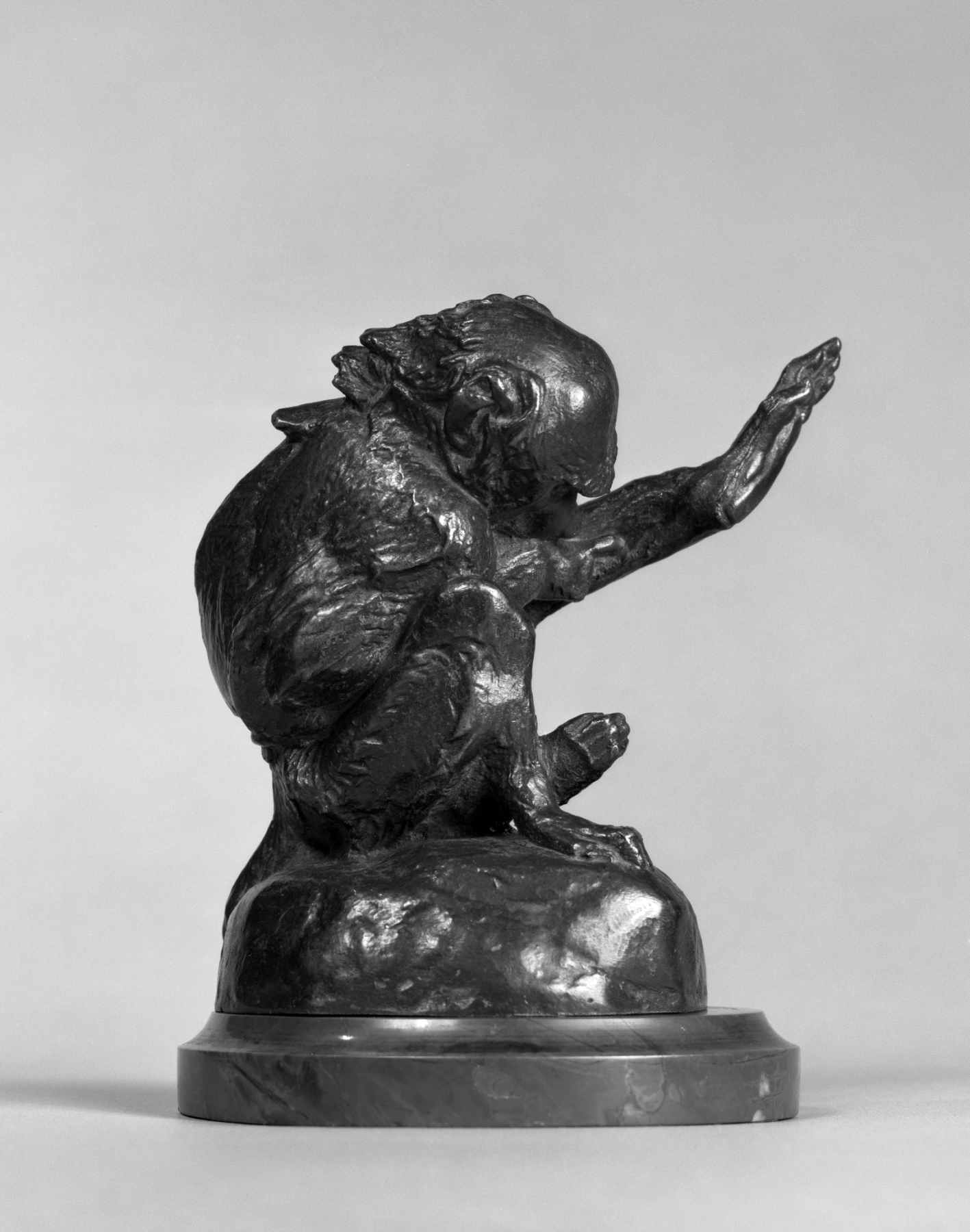 Although Jacquemart studied with the painter Paul Delaroche (French, 1797-1856) and the decorative artist Jean-Baptiste-Jules Klagmann (French, 1810-67), he was deeply influenced by Antoine-Louis Barye (French, 1796-1875) and modeled numerous animal subjects in addition to large-scale commemorative works. In this bronze, a monkey is picking a flea from its armpit.