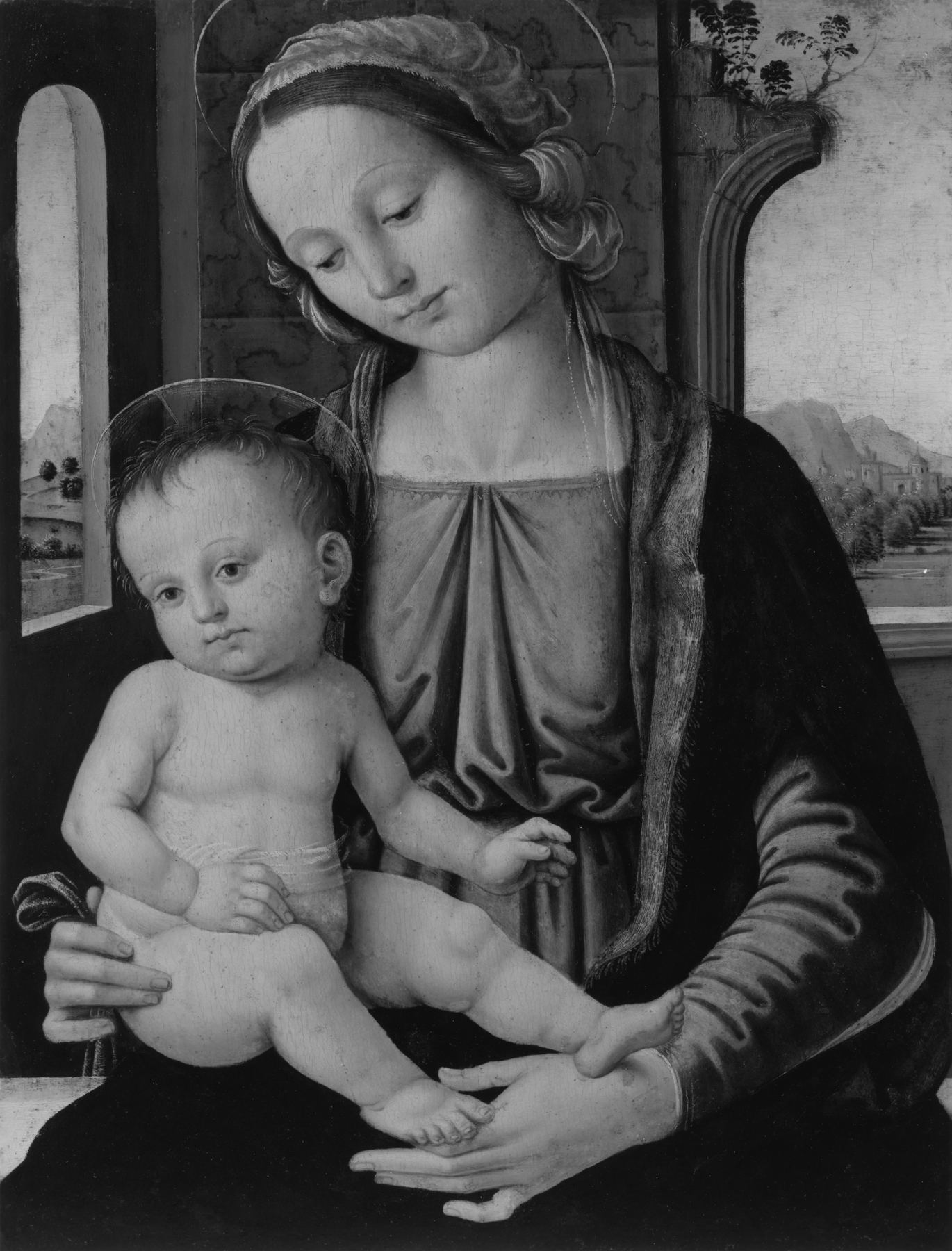 The Madonna and Child are shown in a small room that is intact at the left and in ruins at the right. Since the room is intact on the same side as the Christ Child the intention may be to suggest that the birth of Christ ushered in a new Christian era to replace the crumbling pagan past. Though the Madonna is humbly dressed, she is placed before a cloth of honor, denoting her status as Queen of Heaven. The view of a landscape through two windows is a motif inspired by contemporary Netherlandish paintings, which were widely collected in Renaissance Italy.

Probably intended for a domestic interior, the painting is a characteristic work by Giovanni Battista Bertucci, one of the foremost painters in his native Faenza in the central Italian region of Emilia-Romagna. A version of the same composition, also by Bertucci, is now in Faenza's picture gallery. The figures' sweet expressions and calm, tranquil landscape reflect the artist's interest in the work of his more famous contemporary, Pietro Perugino (see Walters 37.475), who was active in the neighboring regions of Tuscany and Umbria. For a later work by the artist, see Walters 37.994.