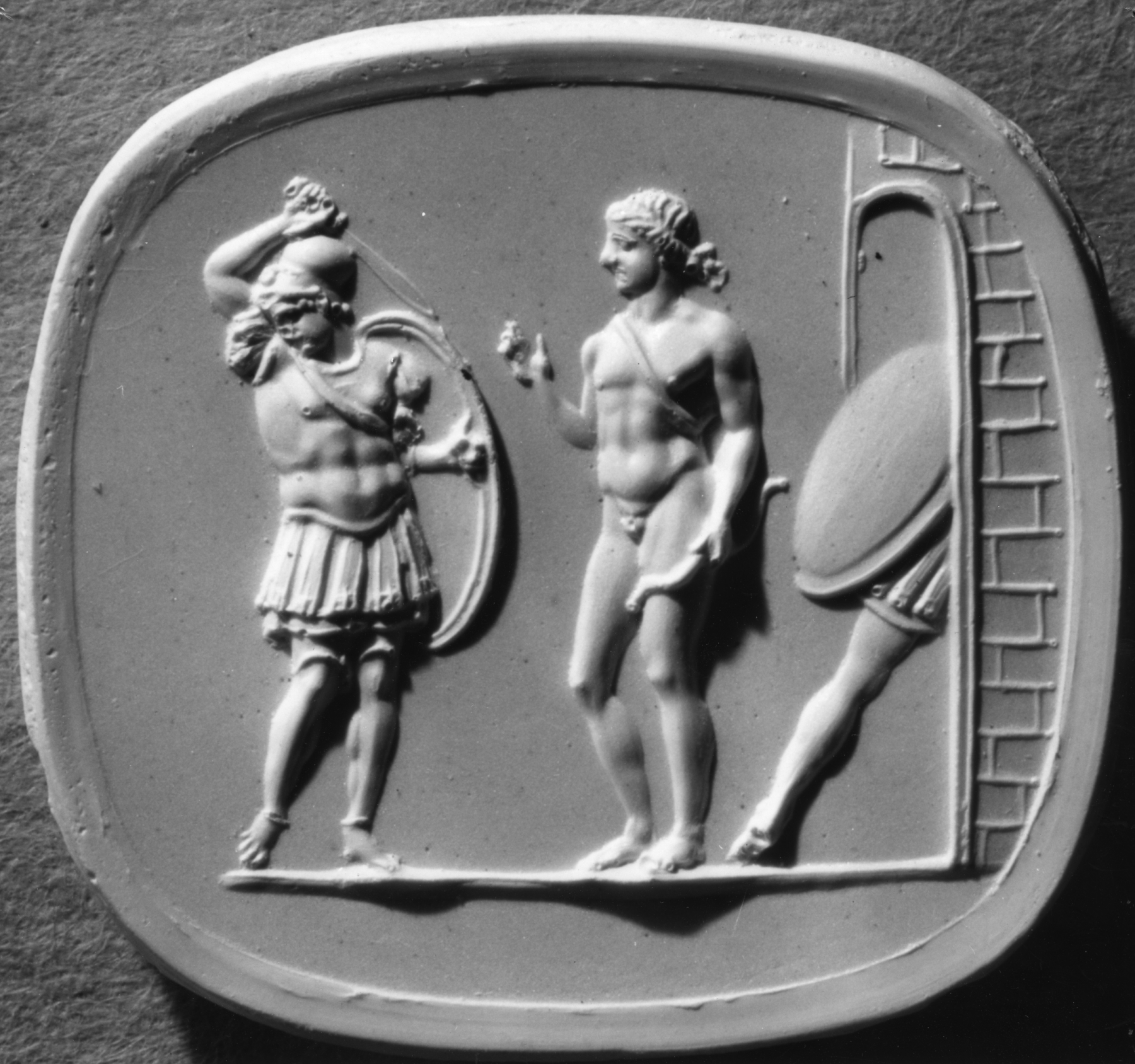 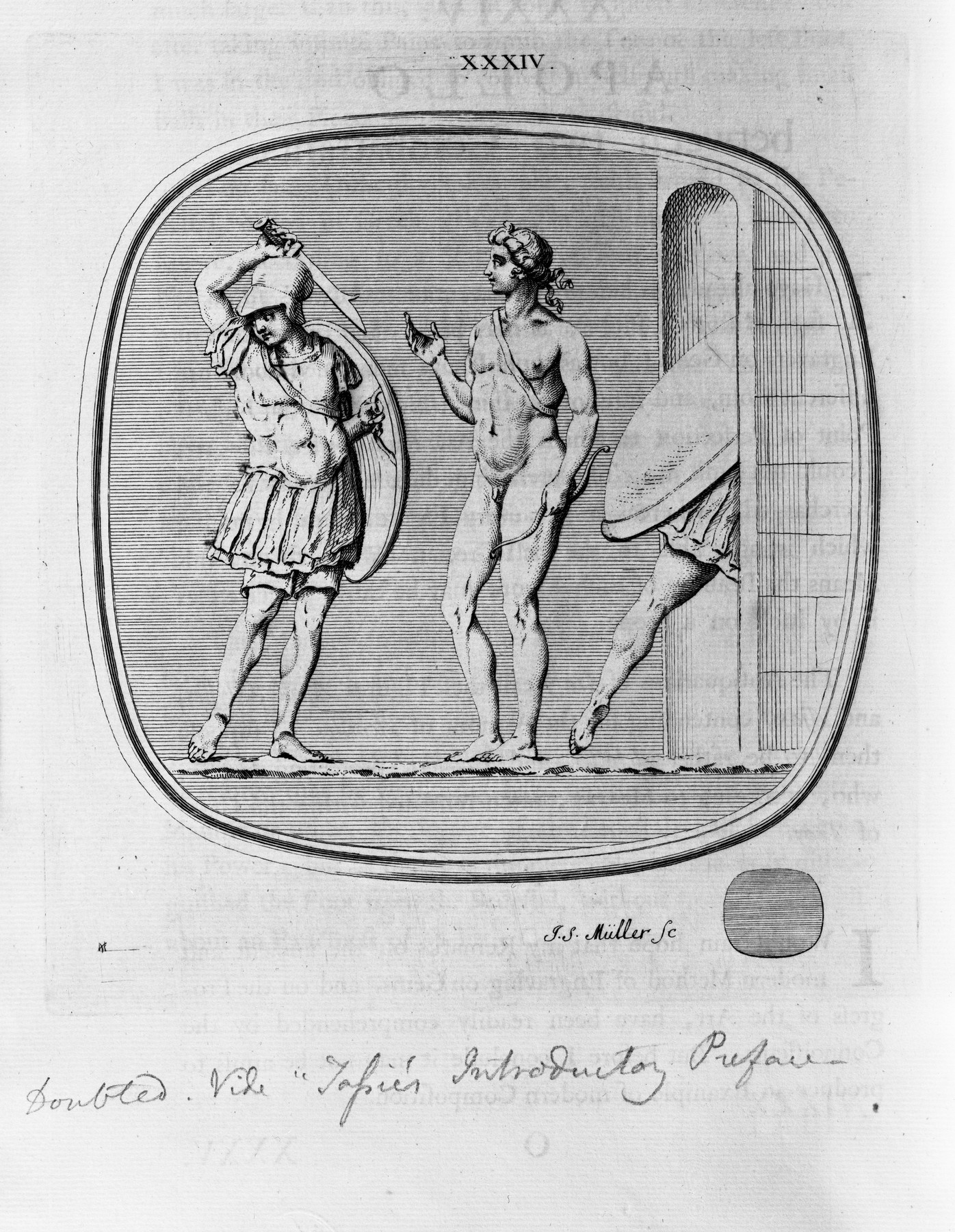 Intaglio with Apollo and Achilles Set in a Ring

Apollo appears on this intaglio in the process of stopping Achilles from pursuing the Trojans into the city of Troy. Achilles, on the right, is armed and looking away while holding a shield in his right hand and a sword in his left. Apollo, in the center, holds a bow in his right hand. An armored warrior, on the left, is going through an archway into Troy with only his leg and shield visible. Click on "Additional Views" to see an 18th-century drawing of this intaglio in Lorenz Natter's "A Treatise on the Ancient Method of Engraving on Precious Stones, Compared with the Modern" (Oxford 1754) p. 53, plate 34.