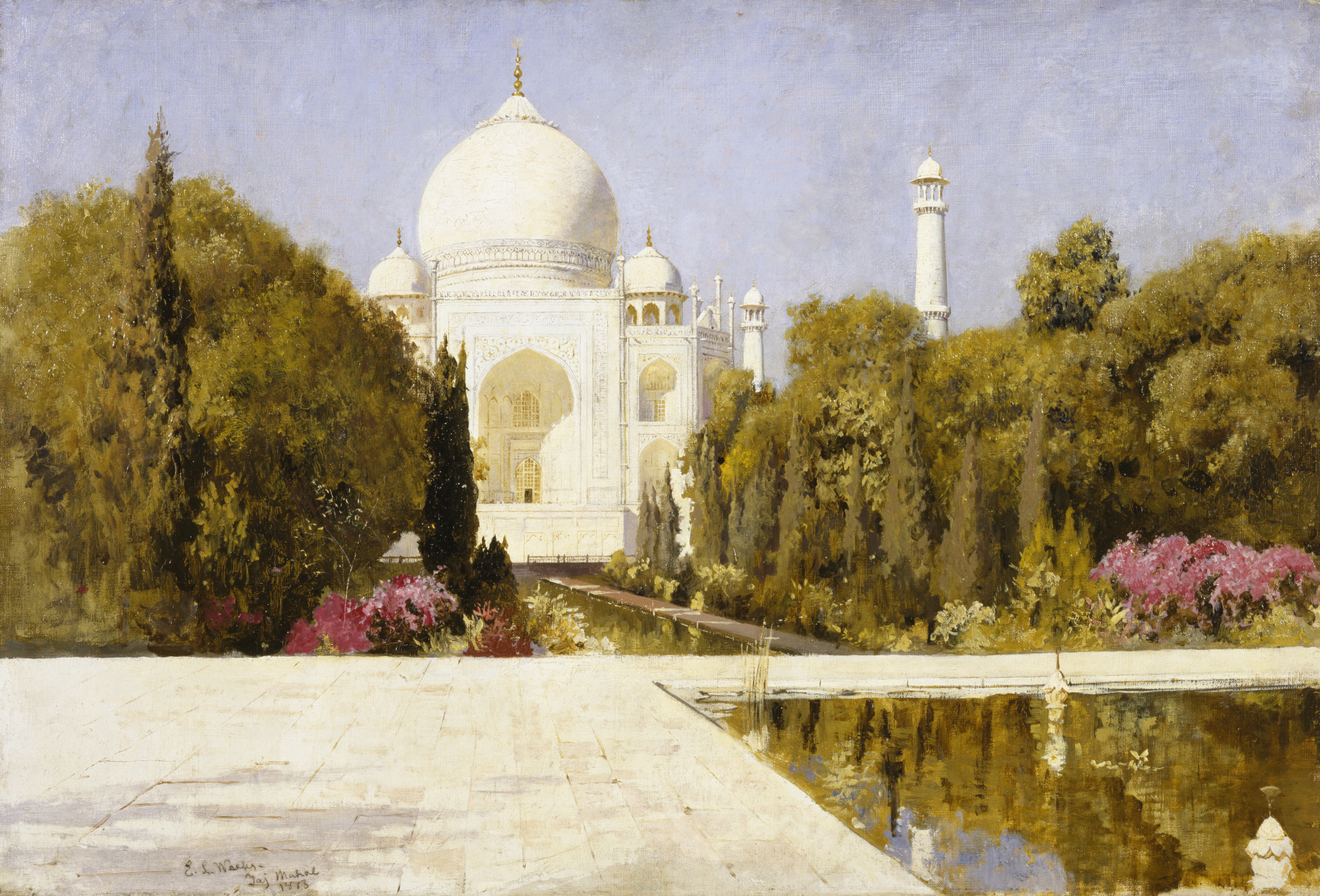 Weeks was the most avid traveler among the American orientalists. He did not limit his journeys to the Near East but also visited India in 1882 and again from 1892 through 1894. After returning to his studio in France, he specialized in Indian subjects, which were based on photographs and drawings made during his travels. In this painting, he depicts the famous tomb erected in the Indian city of Agra in 1630 by Shah Jahan for his wife.

Henry Walters may have first encountered Weeks’s work through the artist’s illustrated travel books. The same view of the Taj Mahal appears as an illustration to Weeks’s "From the Black Sea through Persia and India," published in 1896. Weeks describes the tomb and the surrounding gardens: “two lines of black cypress spires lead the eye straight to the majestic dome which rises white and dazzling at the end of the vista . . . like a summer cloud against the clear sky . . . as full of transparent tints and hues of mother-of-pearl as the lining of a shell.” Walters purchased this painting and another larger painting by Weeks of a mosque interior at the artist’s estate sale in New York in 1905.