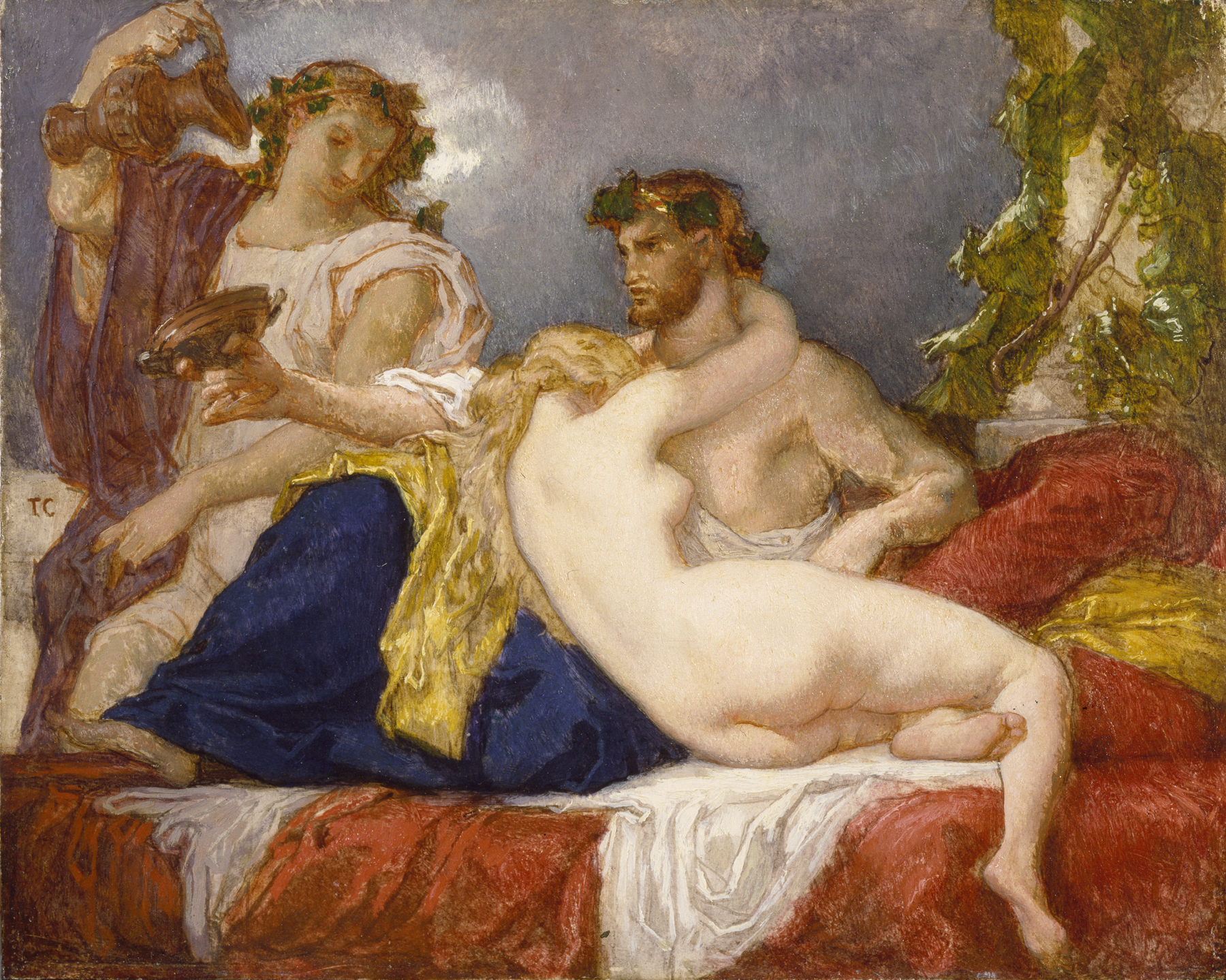 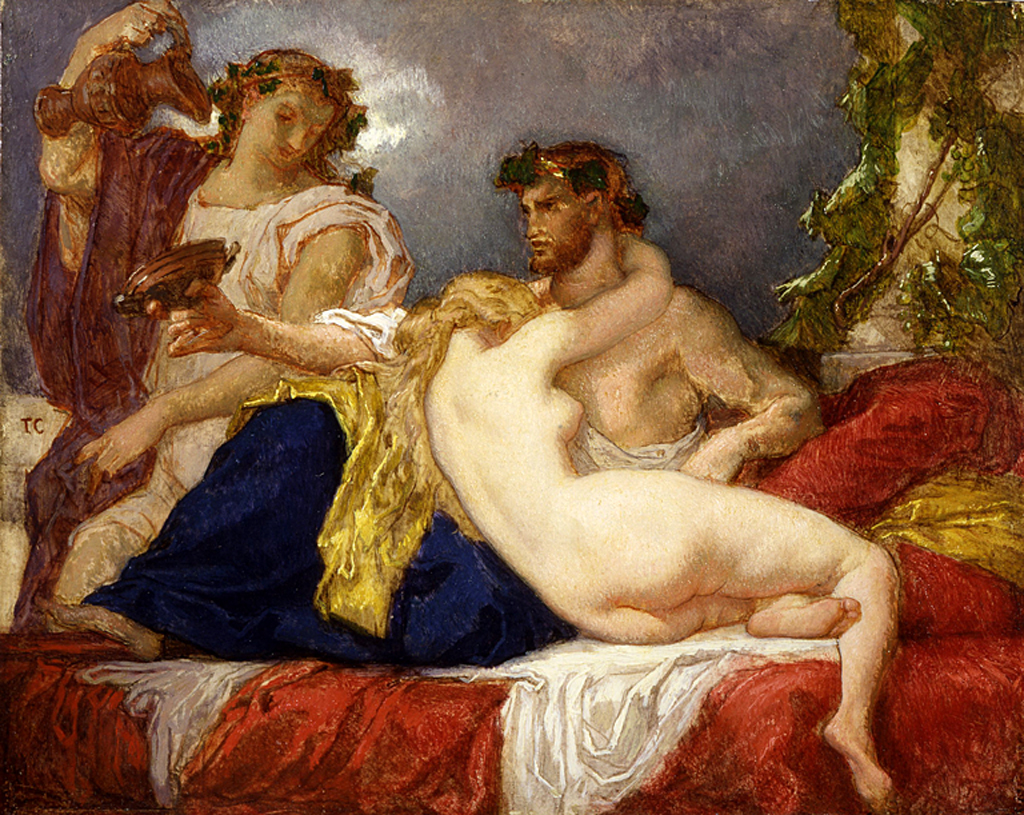 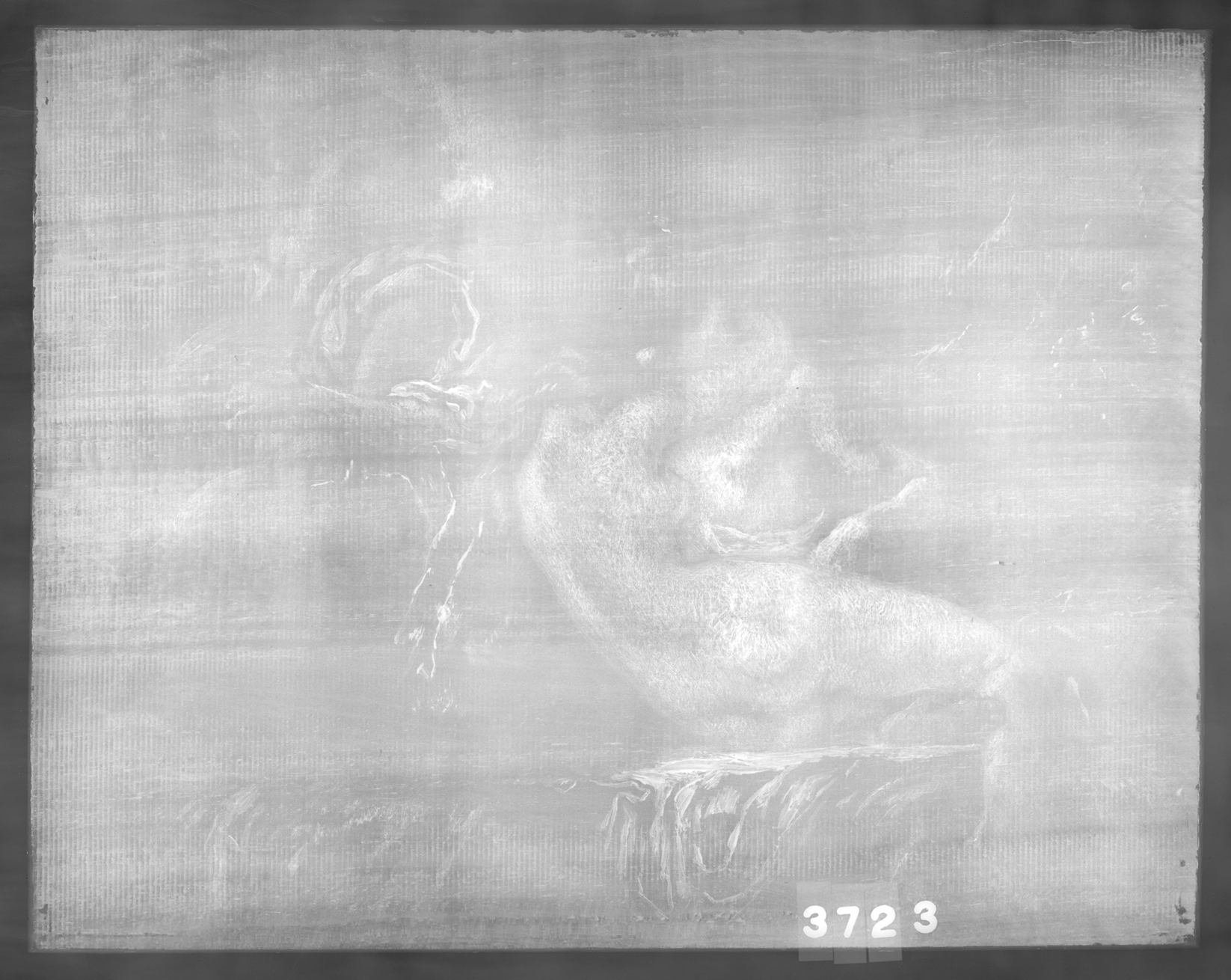 A nude woman clasps her arms around the neck of a man reclining on a draped bench. He is being served wine by a kneeling servant. At the extreme right is a column entwined with vine grapes.

The subjects of this painting have traditionally been identified as the Roman poet, Quintus Horatius Flaccus (65-8 BC) and Lydia, a Roman courtesan, who figures prominently in the poet's "Odes." An identical composition, though distinguished by more dramatic illumination, is in the Wallace collection, London, inv. P340, dated 1843, listed as "A Roman Feast."