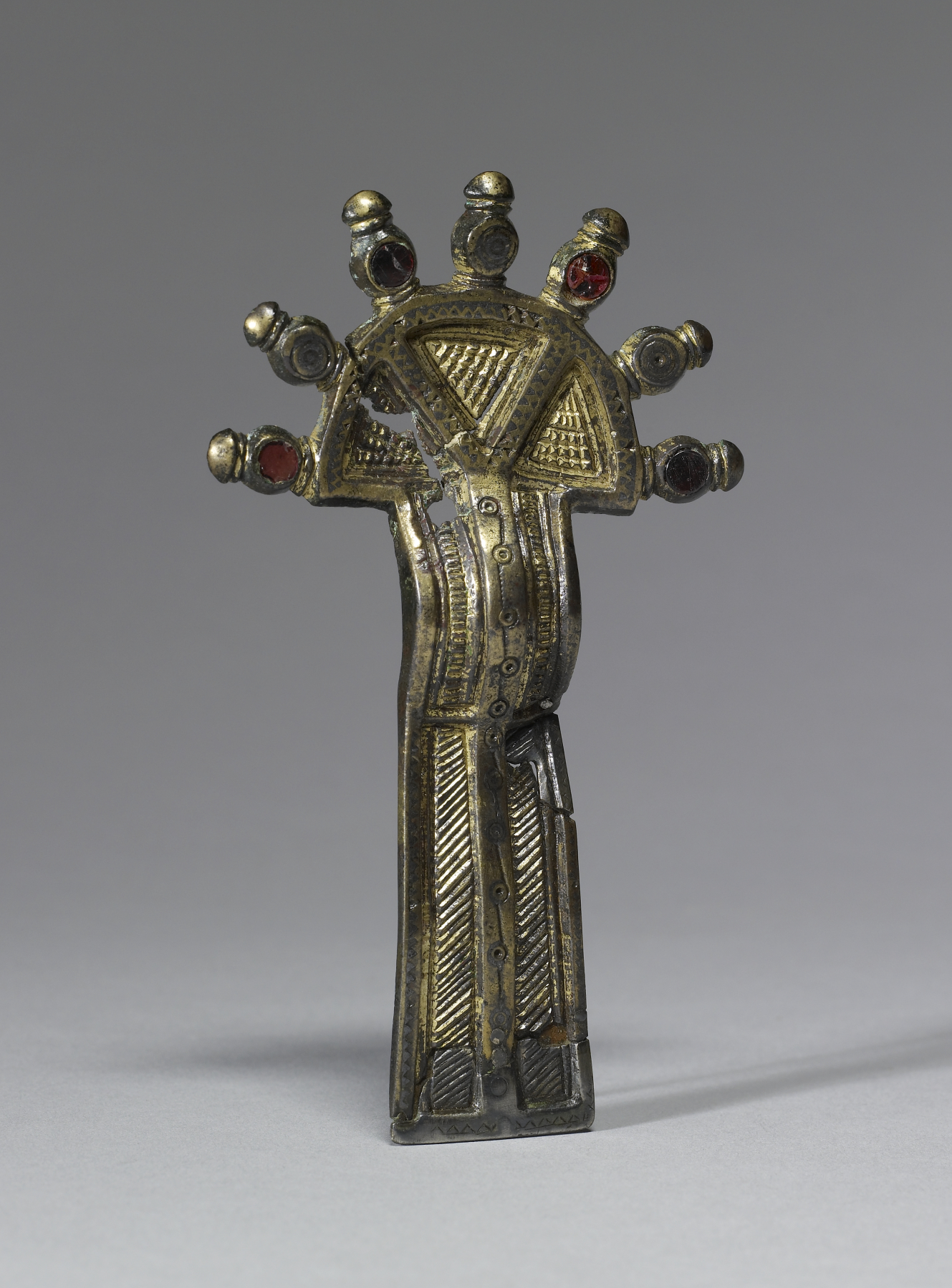 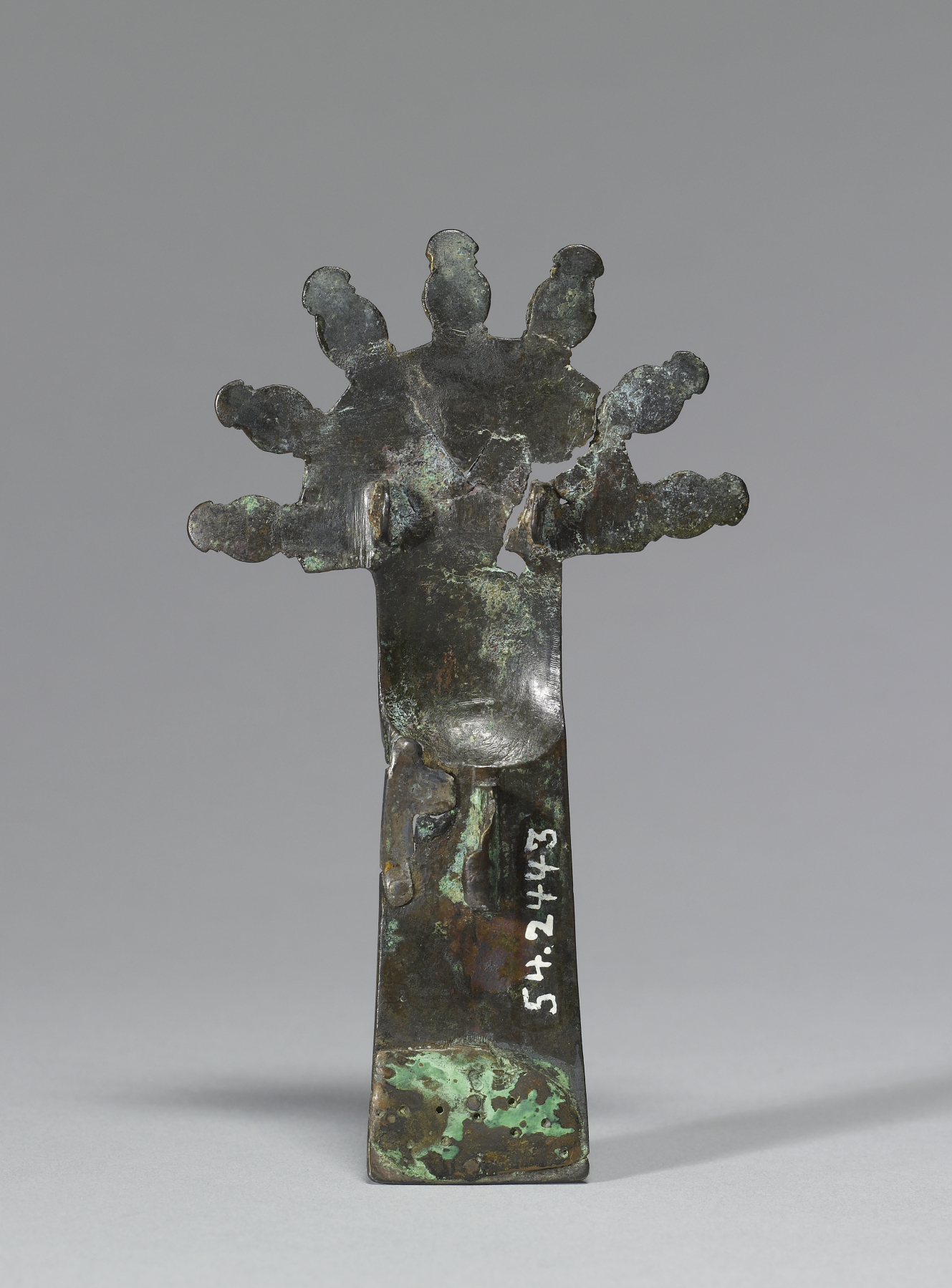 Bow fibulae are also called “digitated” fibulae, due to the radiating knobs that resemble fingers or digits; over time, their style changed. While the knobs of early (4th-century) fibulae were functional (holding the springs of the pin), they later became purely decorative. The five-knobbed fibula [54.2444] dates to the first half of the 6th century and was common in northern France and the Rhineland. Much less common, the seven-knobbed fibula [54.2443] is later in date. On the third fibula [54.2445], the knobs have degenerated into an undulating border, and the foot ends in a stylized animal head; this type of fibula has been found in graves dated to the later 6th or early 7th century, predominantly near the Rhine. They were worn in pairs at the shoulder by women with noble status in Frankish society. 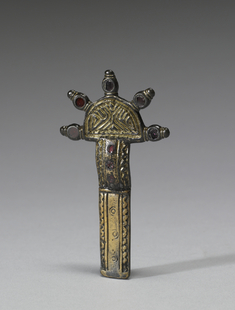 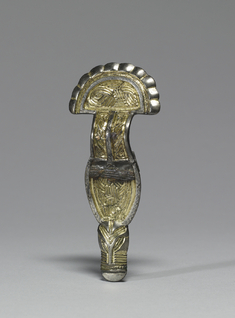