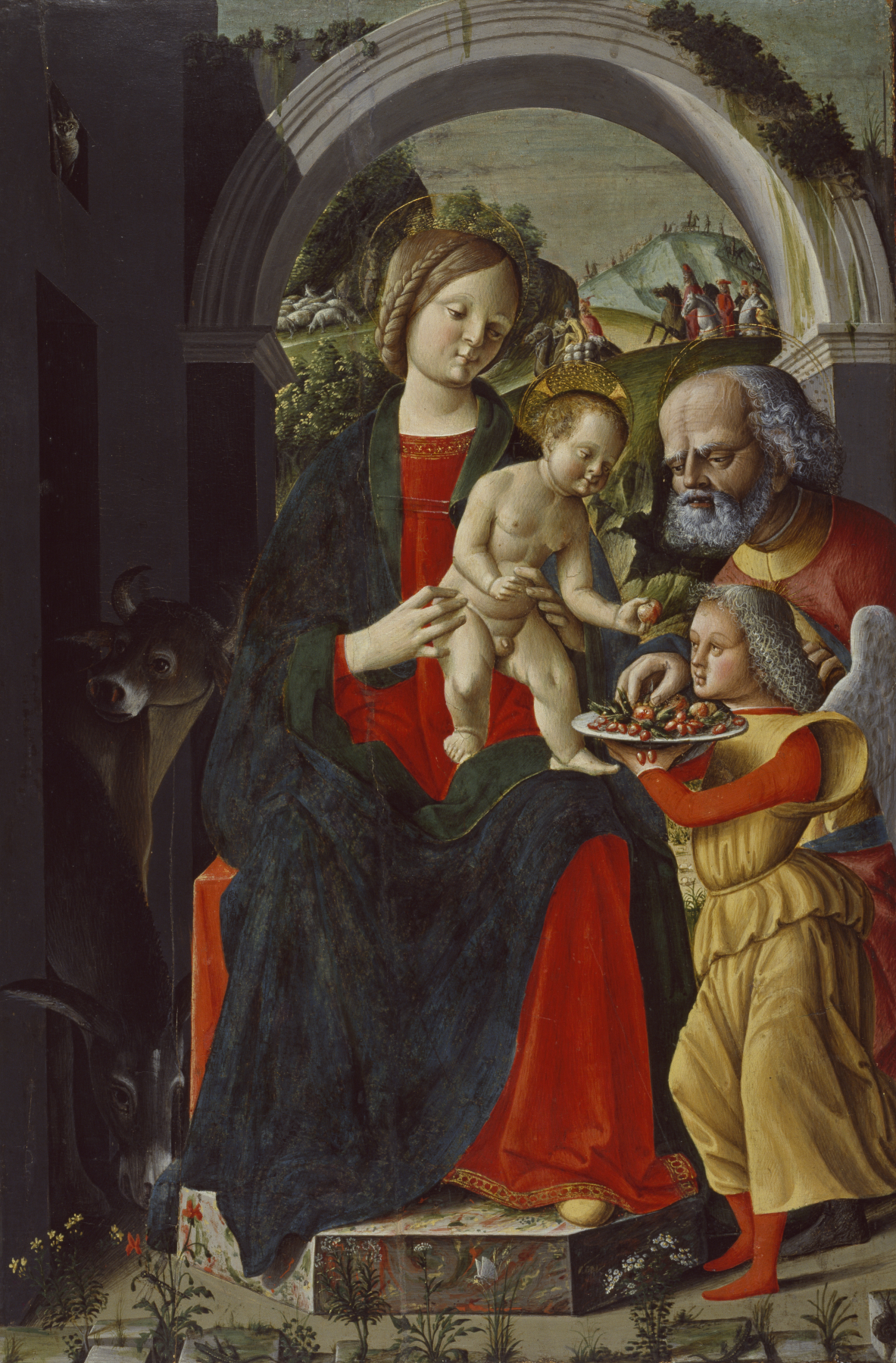 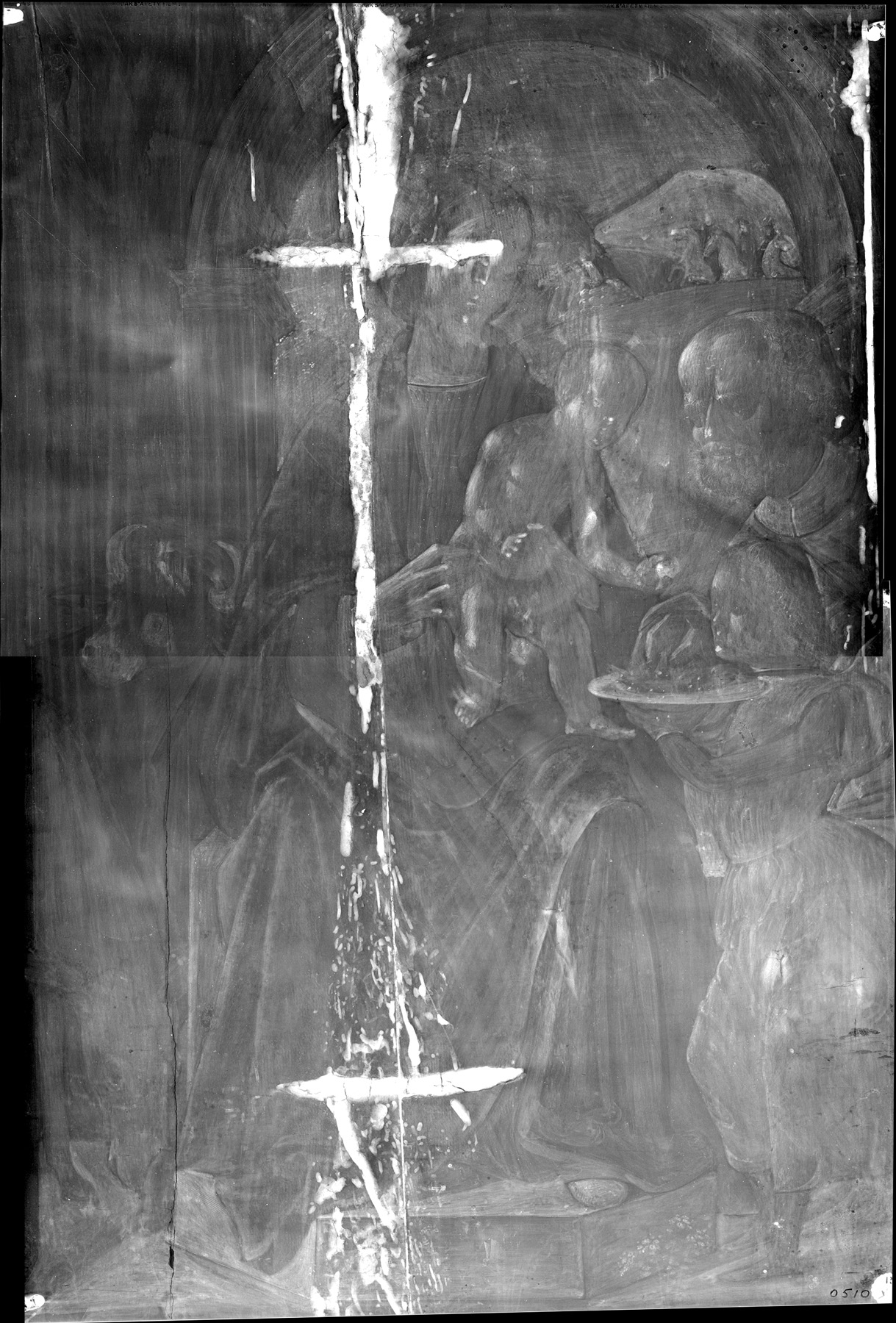 The Holy Family with an Angel

The subject of this painting is the celebration of Christ's birth even though the infant Christ, who stands in his mother's lap, seems much older than a newborn. The traditional witnesses of Christ's birth in the Bethlehem stable, the ox and the ass, stand at the left. The procession in the background signals a later event: the arrival of the three wise men from the East to pay homage to the Messiah.

The painting is spectacular for its many plant and animal details, each with a specific symbolic significance. For instance, the snail in the right corner was often meant to suggest sin because of its trail of slime, and the red poppy (the second flowering plant on the left) is a traditional symbol of Christ's Passion because of its color.