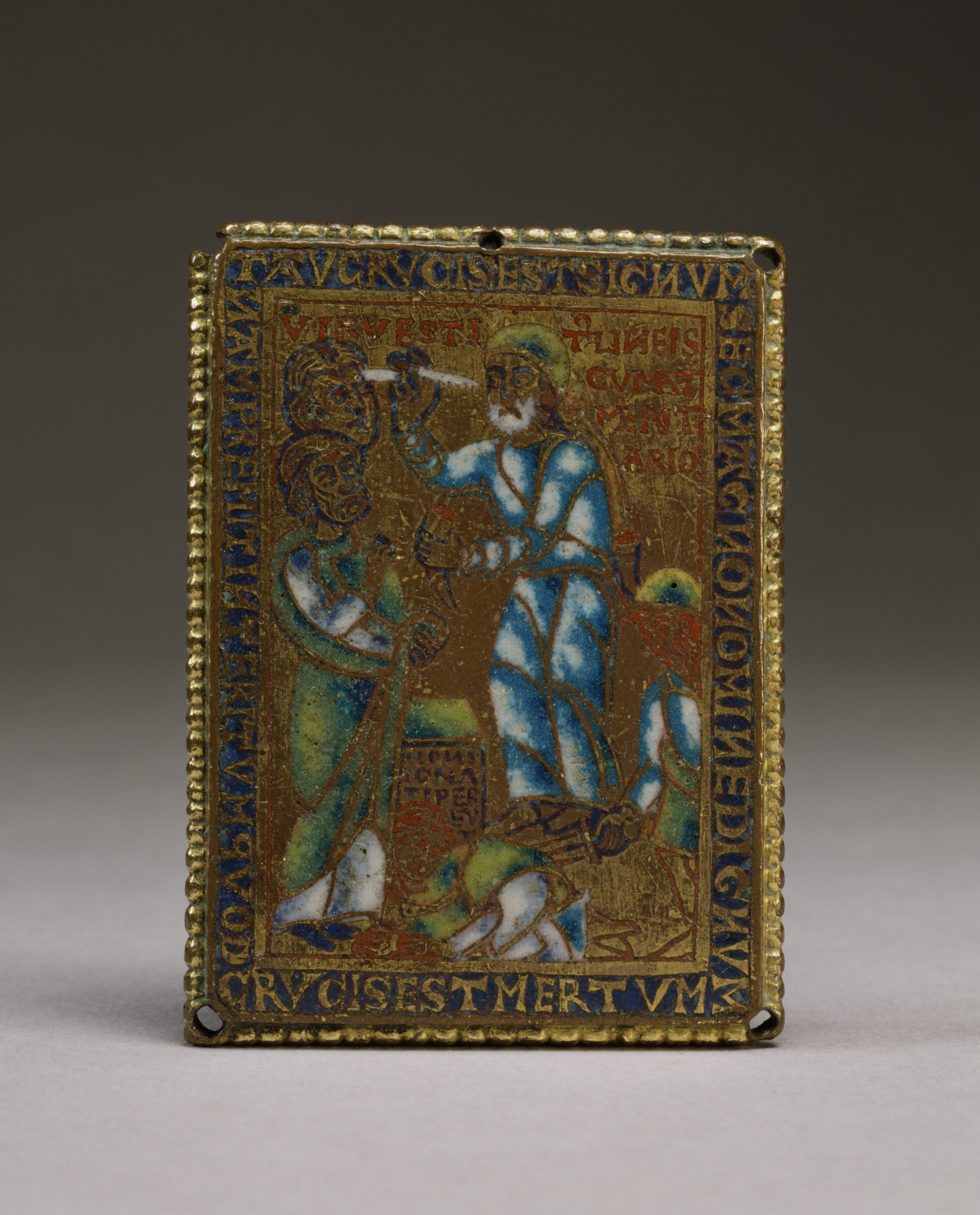 This plaque was once part of an altar cross on which a series of images illustrated Old Testament events (such as Abraham's sacrifice of Isaac) foreshadowing the Crucifixion. It depicts a vision of the prophet Ezekiel, who saw all the inhabitants of Jerusalem, except for those righteous ones whose foreheads had been marked with a sign, punished by death for their sins. According to the Latin text of the Bible used during the Middle Ages, this sign was T-shaped.