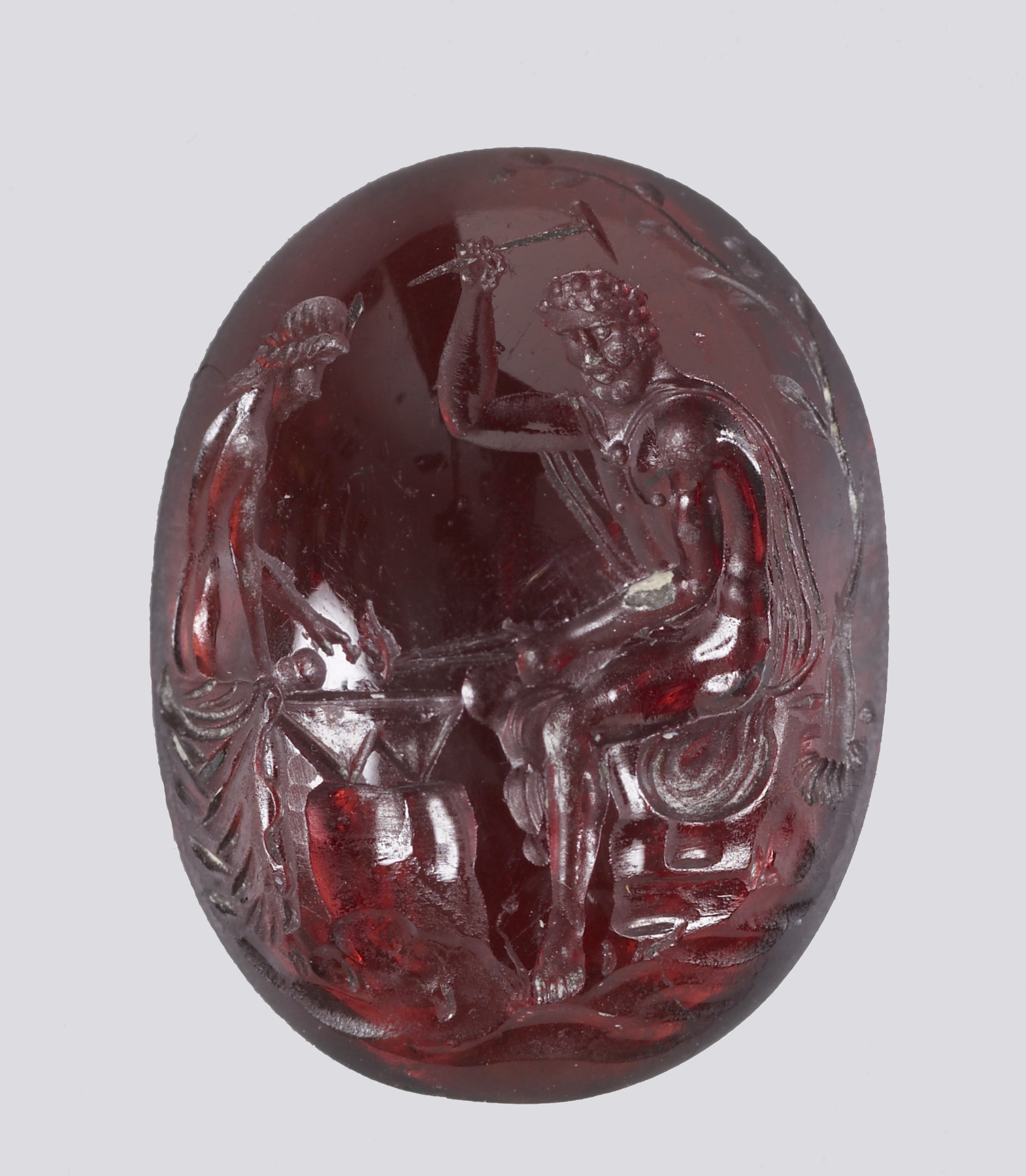 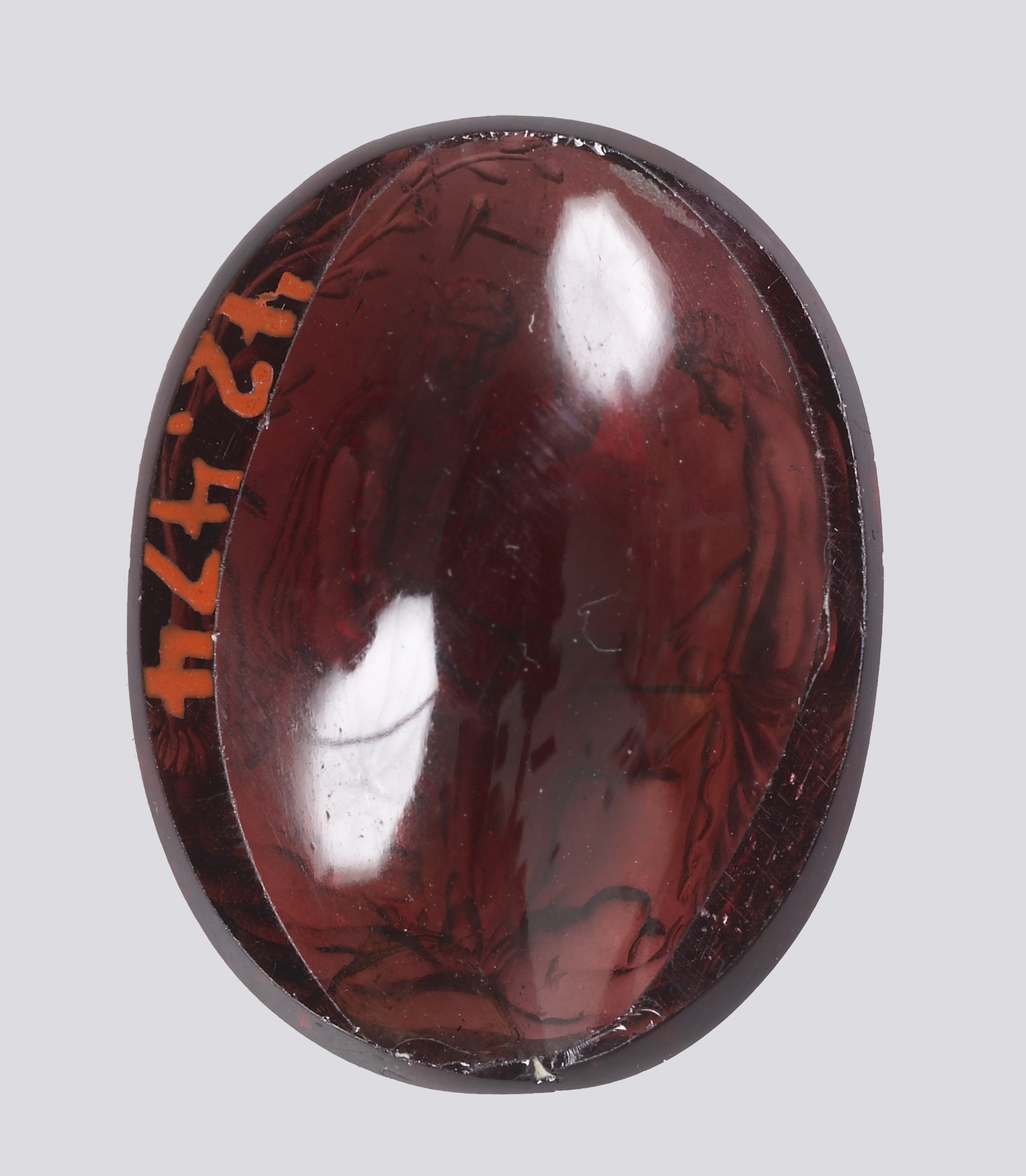 Intaglio with Venus Visiting the Forge of Vulcan

This intaglio shows the goddess Venus visiting the forge of her husband Vulcan to collect the armor and weapons that she has convinced him to create for her son, Aeneas. Vulcan is seated on the right and holds a hammer in his raised right arm to strike the anvil before him. Venus is standing on the left and facing Vulcan. Although this specific moment is not described in Vergil's "Aeneid" (composed in the second half of the 1st century BCE), it is part of the story line of book 8, where Venus seduces Vulcan to get him to make the arms and later delivers them to Aeneas. Vergil (1st century BCE) wrote the "Aeneid" as a Latin epic poem in the model of the Greek "Iliad" and "Odyssey" by Homer (8th century BCE).