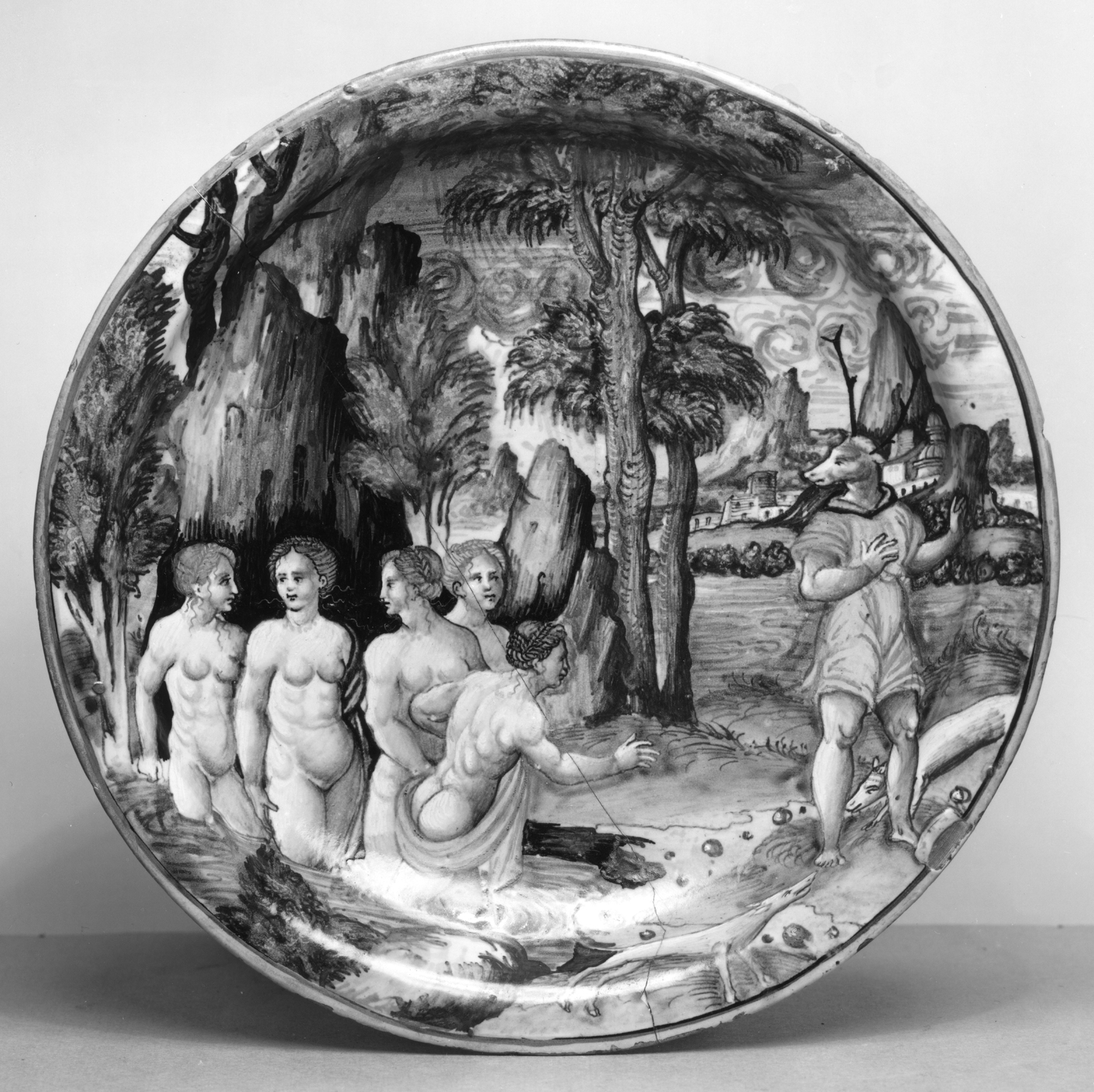 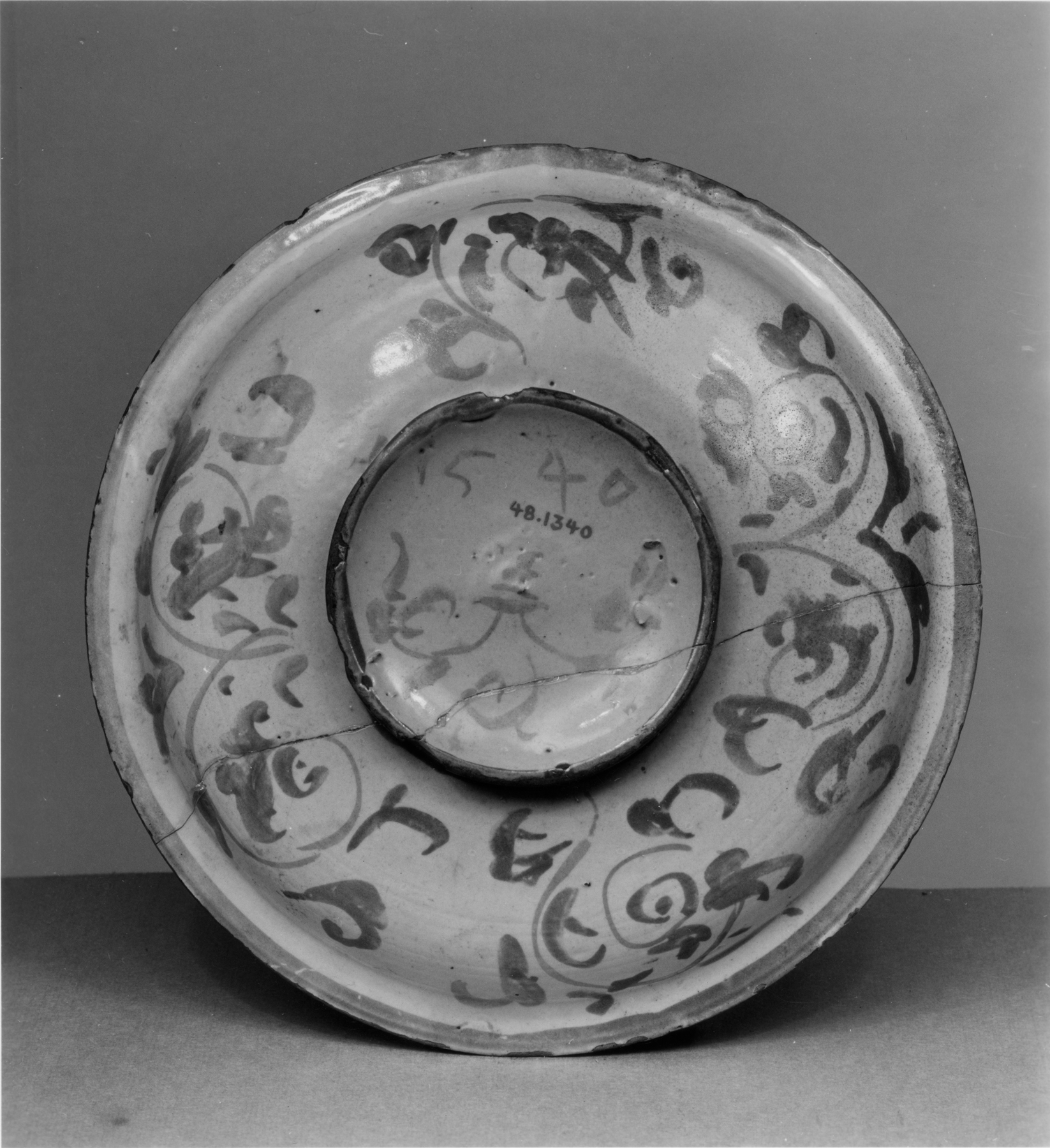 Dish with Diana and Nymphs Bathing

The front of this dish illustrates an episode from the Roman poet Ovid’s (43 BCE-17 CE) “The Metamorphoses.” On the left, Diana, chaste goddess of the hunt, bathes with her nymphs. On the right, the hunter Actaeon, lost in the woods, stumbled upon a clearing where he caught a glimpse of the goddess. As mortals were not permitted to see Diana naked, the goddess splashed water on Actaeon and changed him into a stag. Actaeon raises his hands in alarm as his transformation begins. Indeed, one of his own dogs sniffs at his feet. Later, his own hounds would hunt him down and kill him. The obverse scene is painted in blue, copper-green, yellow, ochre, manganese, grey, brown, black, and opaque white. The back of the dish is decorated with two double and two single spirals painted in red and gold luster on a bluish-white background. The date, 1540, is inscribed in the center.

This dish is representative of “istoriato” (tells a story) maiolica, which often featured episodes from Classical or Biblical narratives. The gold and ruby luster glazes exhibited throughout the composition were used by many maiolica workshops in Gubbio and Urbino. For more on “istoriato,” see 48.1487; for more on luster decoration and “maiolica”, see 48.1336.

[Inscription] In the center, a decorative motive in ruby lustre; [Date] In ruby lustre: 1540