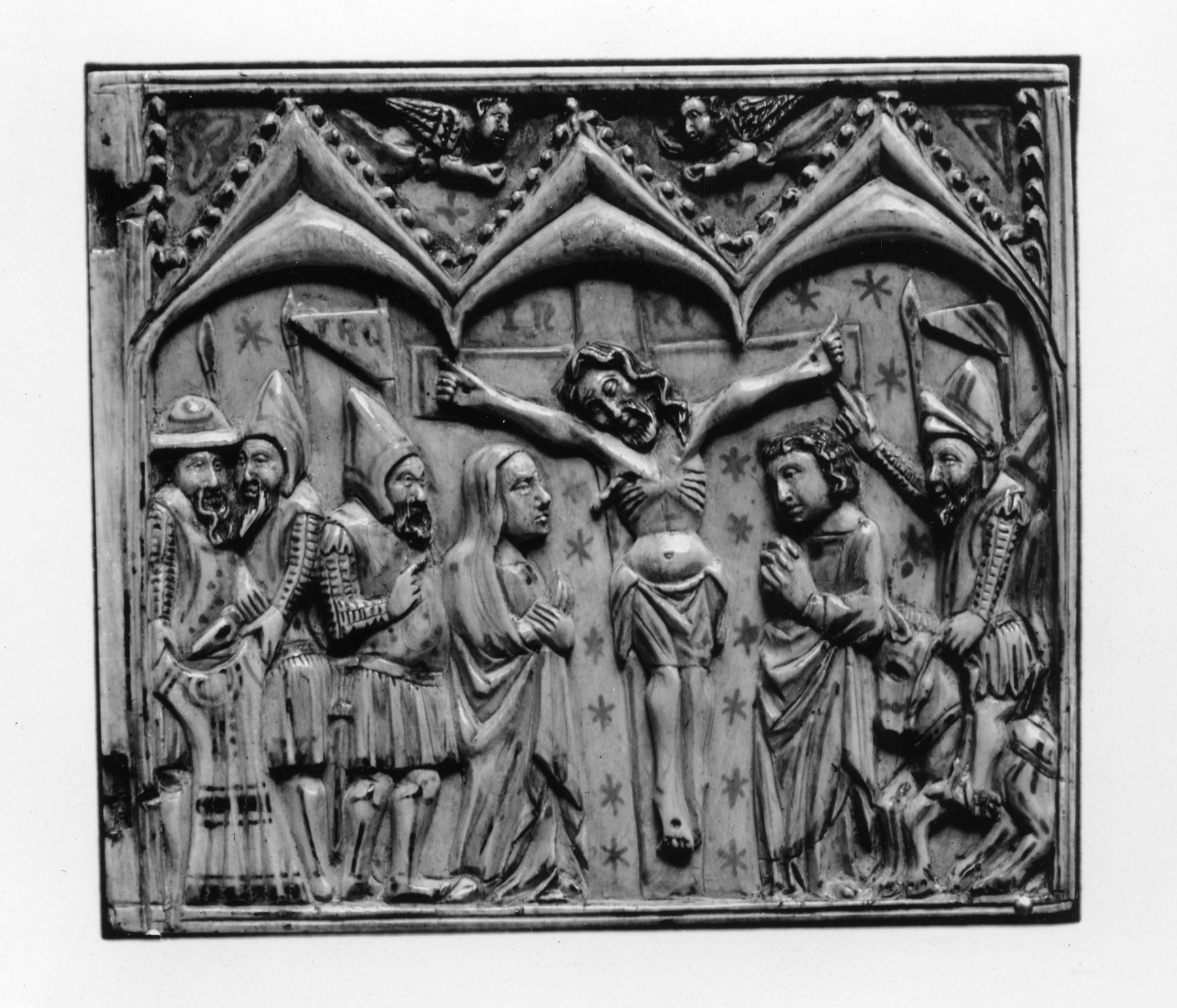 Right Leaf of a Diptych with the Crucifixion

The Crucifixion scene, which shows Christ with blood issuing from his wound, is placed beneath an arcade of three arches, above which angels hover. It contains seven figures. On the left are two soldiers with the robe of Christ, a third soldier, and the Virgin; on the right are John, and Longinus on horseback.

The miters for the hinges are broken, and two holes have been drilled at the top center of the panel. There is considerable gilding, including the hair and beards of the figures, wings of the angels, garments of Christ, harness of the horse, and the background, which is dotted with stars and the letters IN/RI flanking the cross.