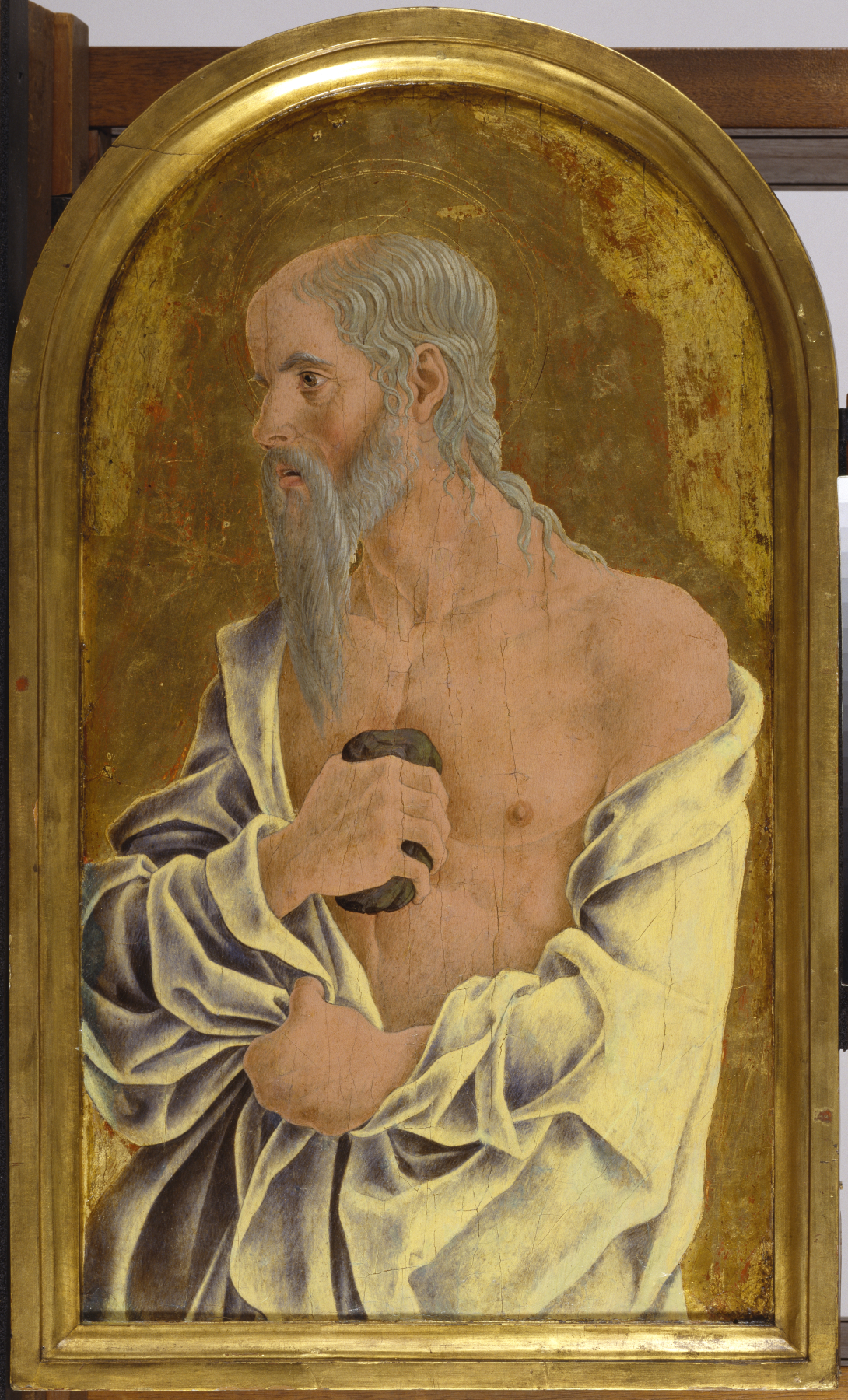 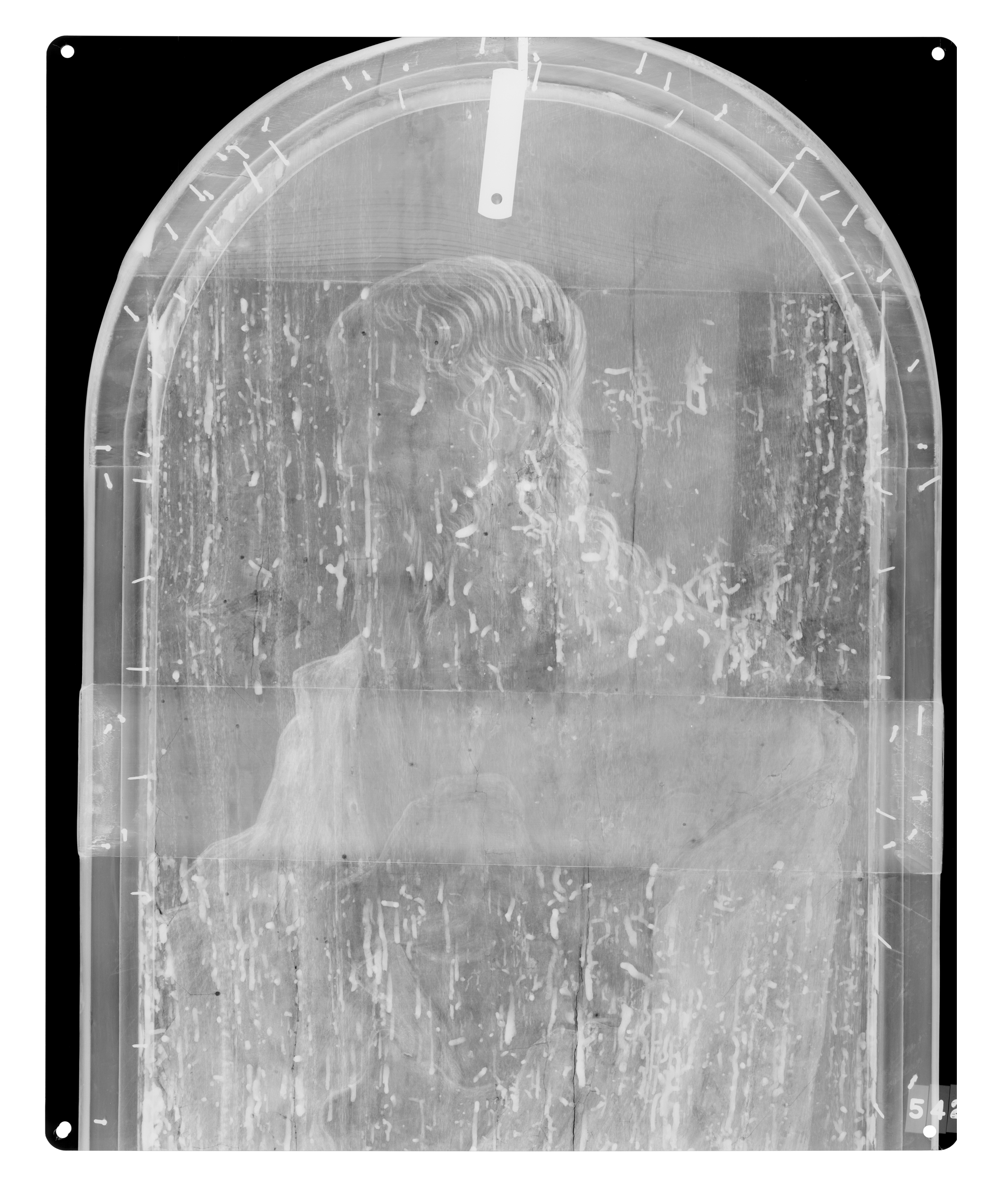 Saint Jerome, best known in history as a scholar who made a translation of parts of the bible into a standard Latin that had a long-lasting impact on its interpretation, may also be represented as a penitent who spent four years in the Syrian desert as a hermit. To expel lascivious thoughts of young women, he beat his breast, and he grew spiritually strong through long hours of study. Though the saint is usually represented in his desert retreat, here he is shown in timeless isolation.The mantel he draps around him is a wonder of rhythmic folds that fall naturalistically yet in an intriguing pattern.
This panel, together with other half-length depictions of saints, was made in 1468 for an altarpiece in the church of Santa Giustina in Venice. There is another panel from the altarpiece in the National Gallery of Art in Washington D.C.